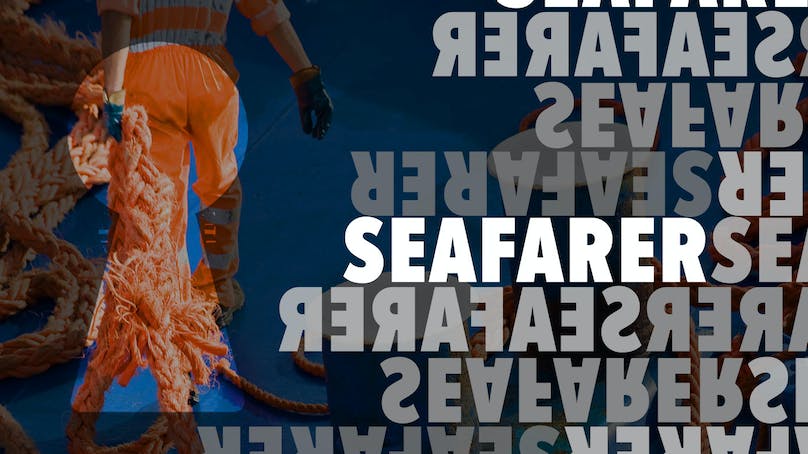 In a recent panel discussion covering the shipping industry’s top initiatives it was clear the current crew crisis was top of mind.

The hour-long session explored the challenges and complexity of the industry in relation to the crewing crisis, with many of the speakers sharing experiences and situations which they have witnessed over the last few months. The session also explored the failures, common goals, and ownership required to solve the crew crisis.

In this article we explore some of the key points of discussion.

Through technology and the relationships, the shipping industry continues to successfully operate around the world. However, Keenan points out that “to be honest we’ve also uncovered failures. Specifically, the crew situation.”

The situation does not have a single, instant solution but there are people working towards it. In a recent article, Protheroe pointed out that the shipping industry has grown used to operating in a form of isolation it has seen little cause to engage outside its realm of influence or on the political arena, and this presents a problem.

Protheroe observes when it comes to the industry asking for assistance, “due to the governance of the industry and how vessels are registered etc, countries are looking to their domestic situation and issues as a priority.”

From the technical side, to the commercial side of the industry, it is clear the seafarers situation is a much wider and bigger issue that the whole industry must work on collectively “to give it the visibility is deserves so that they can facilitate the solutions to what is now a humanitarian crisis,” notes Protheroe.

Has anything really changed?

Platten believes the industry has not been standing still and there have been unprecedented levels of cooperation between the industry and there has been an unprecedented amount of communication with the IMO, ILO, WHO, and the United Nations. “UN Secretary General has made a strong call for governments to end the crew crisis, and Pope Francis has paid tribute to seafarers stuck on ships due to the coronavirus pandemic,” Platten states.

Platten offers that the industry has “done a huge lobbying effort. The issue here is not because the industry has done nothing as we’ve even come up with solutions. We’ve developed protocols to keep crews safe from leaving home to get to the ship, we’ve developed medical guidance for seafarers and with shipowners to cope with COVID too. There has been a huge amount of effort to making this all come together.” However, he believes there is still much to be done.

“Quite frankly, the issue we have is that countries have abrogated their responsibilities to abide by international conventions. I’m not singling out one country, but every single country has some blame as there has been major lack of cooperation between countries. It’s easy to avoid, it’s easy to put seafarers to one side because everyone is focussing on their own national health issues,” Platten emphasizes.

While connections and communication have improved tremendously outside of shipping’s more insular realm, the complexity of the industry and stark reality of the situation have not improved the crewing situation.

From outside, and indeed within, the industry there is a concern that nothing has really happened to solve the crisis. There are still crew stuck on the ships and to get them off the ships is taking days, weeks, and in some cases, months.

Stanzel remarks that “the complexity is so much bigger because its public health. People’s lives are at risk and there are many more people involved in the chain to make the decisions which make a difference.”

If there is one thing to be said about shipping, its people are passionate.

In Mazzarulli’s view, he does not believe “there are too many industries which have the multi-generational transition which we enjoy in shipping. So many people are in this business because their fathers were in the industry, or their grandfather was a mariner.”

He adds that “people who are in shipping tend to love being in shipping.”

In the past, the shipping community has come together when it has needed to make a difference but how does this process begin with such a multi-lateral industry which consists of class, flags, national governments, regional associations, trade associations, industry associations, and many other stakeholders. Who in the industry is responsible to initiating the effort to enact change in the crewing crisis? What efforts can be made to bridge the gaps?

Rear Admiral Timme declares that “it remains a challenge not just for individual shipping companies but for the global community to address the issues.” The industry really needs to engage governments and the wider supply chain to get resolution, and the general public needs to understand the role of shipping and the role of seafarers. While there has been a fair bit of coverage on the plight of seafarers, getting the assistance to create resolution from governments and the wider supply chain has been lacking. So, how does the shipping industry get people on board?

Stanzel offers that trust, not community, is perhaps the most important thing right now. While community is important for the first time there is a common goal where no-one can cloud the issue, but this requires input and intervention from outside the direct community.

Stanzel explains that “trust with entities one hasn’t previously worked with is vitally important. There are now entities which must make decisions about operations they are not normally directly involved.” She continues, “And trust is so much harder to build if you are not in the same room – we are social mammals. Trying to build a relationship via video chat isn’t that easy, but we are making progress.”

From flags and class, to the IMO and international regulations, on higher levels the shipping industry enjoys clear lines for roles and responsibility. However, the industry is still remains unregulated on a micro-level as Mazzarulli points out that “on a day-to-day level of the shipping industry, owners pretty much operate the ships the way the want to and charters dictate the terms that they think they can need to create the market. On the commercial and trading side, it’s the most unregulated industry in the world.”

On this day-to-day level, where almost all stakeholders hold a right to reject a decision or proposal, who has the authority?

The answer to this question presents larger issues with regards to how policy is drafted, and how different countries operate. Rear Admiral Timme offers that “policies from a public health perspective tend to be based on medical advice and academia, and there is little thought to operationalizing these policies into the real world.”

These issues aside, the question of authority and responsibility remain the great conundrum.

Rear Admiral Timme explains that he is “very comfortable making risk decisions, with regards to what I have been doing my entire career. I will waive the one extra person on a lifeboat. I understand the risk and I’m willing to take.”

Rear Admiral Timme continues, “However, without casting any stones, other agencies that aren’t on a day-to-day basis involved with their stakeholders that closely, and they ask you to waive – and be responsible for - a public health policy, the answer is no.”

Who is incentivised to be responsible for these decisions?

On a day-to-day and practical level, who would have the operational capability to do that job – and do it right? Stanzel believes “It has to start everywhere at the same time. This must be a groundswell. We all agree this must change and it can be done if everyone facilitates that. It cannot be one person saying so, that’s what we have been doing for few months and it hasn’t worked.”

The shipping industry has no lack of leaders, but what it needs now is collaborative leadership and responsibility. Stanzel suggests that if the industry had enough people with enough power who decided on something together, it could make amazing things happen.

Stanzel asserts that “we just need to get on with it.”