The difficulty of being a bear in a bear market 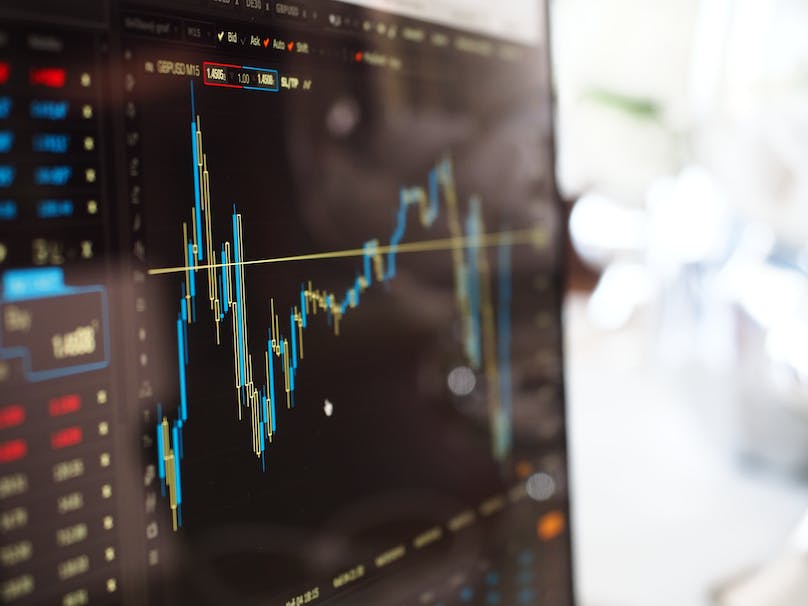 There are many reasons why this is the case, most notably that it’s harder to be a bear in a bear market than it is to be a bull in a bull market.

Let’s take a look at what happened on the other side of the tech bubble, as an example. The S&P 500 hit a closing high in March 2000 and entered 'correction territory' fifteen sessions later. By September 1, all the losses were recouped. Bulls likely breathed a sigh of relief while bears probably covered their shorts, having been burned so many times over the years.

"...Making money when everyone else is losing is easier said than done."

In the following seven months, the S&P 500 officially entered a bear market, falling 20% from its high a year earlier. The selling would last for another seventeen days before a respite. On April 5, the selling stopped on a dime and the market roared 4.4% on 'everyone-back-in-the-pool' type of buying. Over the next 32 days, the S&P 500 was 19% off its lows. Again, it’s likely that most bears covered their shorts.

This scene of a falling market punctuated with nasty bear market rallies occurred on several occasions between 2001 and the ultimate bottom in 2002.

This can be seen in the chart below, which shows the percent change from the top (in red) and how far bounces go from the bottom (in black). You could have thought this - knowing that the market was wildly overvalued - but making money when everyone else is losing is easier said than done. 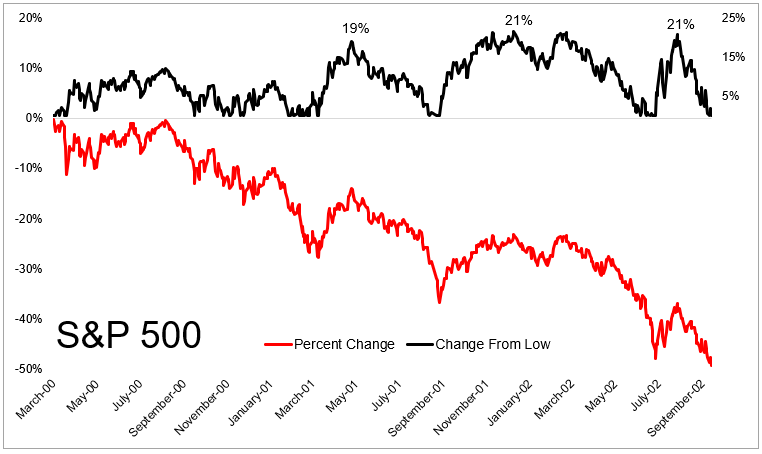 Investors have to deal with a cacophony of noise and combat their own biases, namely the difficulty of letting your winners run. There is no more certainty in a bull market than there is in a bear market, but stocks are less volatile in the former than they are in the latter.

The end of 'easy money'? 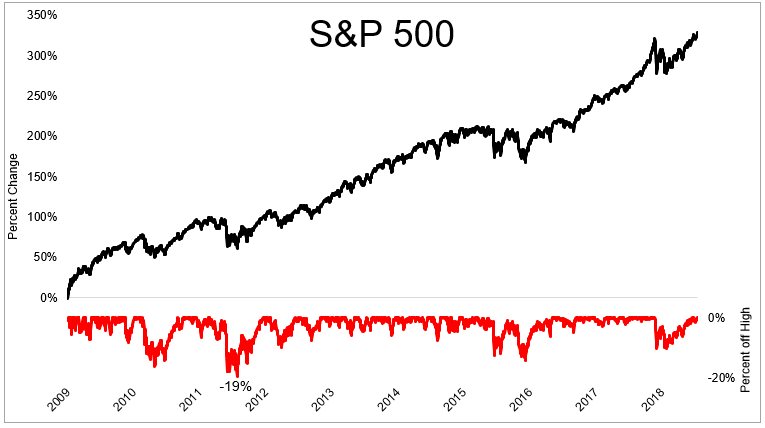 The 'easy money' has never and will never be made. There is simply too much competition for this to exist. Rather than trying to beat the market, most investors would be better served on putting together a plan that allows them to participate in the upside without panicking when the downside shows up. Absent a plan, there is no course to stay on. With no course to stay on, you will get lost.

"There is no more certainty in a bull market than there is in a bear market, but stocks are less volatile in the former than they are in the latter."

Hindsight might fool us into thinking that bull markets are easy, but there is no mistaking the fact that bear markets are simply brutal for all involved. It might feel good to make money when everyone else is losing, but be careful what you wish for.

Michael Batnick is Director of Research at Ritholtz Wealth Management and the author of 'Big Mistakes: The Best Investors and Their Worst Investments.' He also has a well-established blog and can be found tweeting at @michaelbatnick.