The Importance of Intellictual Property 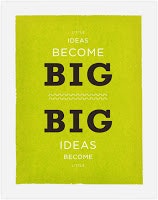 Tom Donohue recently wrote an article for the Huffington Post emphasizing the importance of the United State's protection of intellectual property and its influence on the ability to remain the top an innovation leader in the world. The United States is about to face a time where they see competition from other countries that have recognized the importance of innovation. However, the US is at the top of protecting it's own intellictual material.

In 2006, the United States led the world in global patent filings, accounting for more than one-third of the total. This was spurred by industry investing more than $223 billion in research and development. America's IP-intensive industries have created 18 million jobs for U.S. workers--jobs that usually pay better and are expected to grow faster over the next decade than the national average.

In 2008, Congress passed the Pro-IP Act of 2008 which strengthened civil and criminal IP laws. Yesterday, we observed how one of the goals of the next US President needs to be promoting and encouraging scientific education and innovation and R&D needs to be a main focus of all the scientific organizations. We've also highlighted that Judy Estrin wrote a book about the current problem of scientific minds dwindling in the US. How do you think protecting intellictual property will encourage creative minds? As Donohue stated, it's added jobs to our workforce, and can give us way much, such as alternative energy sources and cures for diseases.