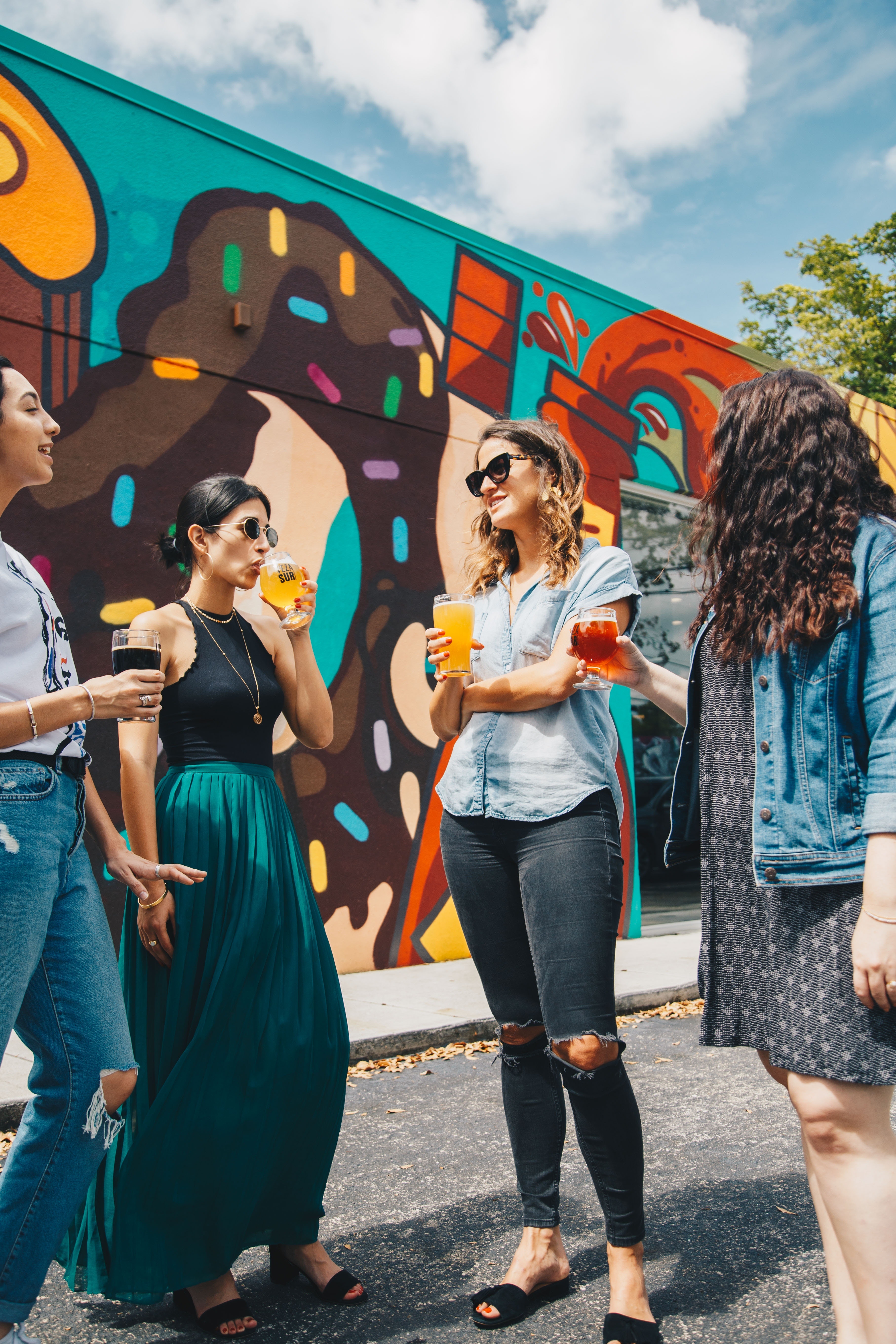 “You need patience and commitment – a long-term mindset that needs to be sold in.”

In a world where every corporate insights leader is stressing the need for speed, it was refreshing to hear AB InBev’s Molly Hayes talk like this. Her presentation at TMRE focused on her mission to get 51% of the world’s population (women) drinking more than 31% of its beer.

For that kind of big goal, long-term planning is necessary but not sufficient. You also need insights. And you need a particular kind of insight – the problem of “women and beer” is not a new one, and over the years an awful lot of misinformation and myths have accumulated round it.

The job of insight in this case is to remove before it can reveal: strip back the assumptions and only then start to look for the truth.

Hayes described several myths she’d worked to bust before the project properly started. There are no big gender differences in taste profiles – women don’t just like “the sweet stuff”. “If you target women, men will stop listening” – well, plenty of other categories manage cross-gender marketing just fine. And what about the idea that women just know, and want to know, less about beer than men? In fact, for typical consumers, the idea of getting ‘educated’ about beer is just as off-putting for women and men alike.

Having uprooted the myths, Hayes could begin to dig for insights of her own.

She used qualitative consultancy BrandTrust, who specialise in “emotional inquiry” – deep, 1-on-1 interviews, in which consumers are encouraged just to tell their own stories for BrandTrust to analyse. At heart it’s the old discipline of probing or laddering up write large, to get at the unconscious and implicit resonances lying behind category behaviours.

In the case of women and beer, that meant AB InBev asking some very big questions indeed about modern women’s life experiences and where they felt their strength as women came from. The generalisations came thick and fast at this point, but they had a ring of lived truth: women as “shape-shifters”, proud of their multi-dimensional roles but chafing at the way it’s framed within a male-defined narrative. Women as resilient and hyper-vigilant, aware of their vulnerability within cultural contexts built for men, but using their ability to push through and survive that as a source of strength.

What did all this have to do with beer? The central appeal of beer appeals to men and women alike – it’s a drink that lacks pretension and is all about simple enjoyment. “Once they get into it, they love it”, Hayes said of women beer drinkers.

But to get to this amber nirvana, women must negotiate the current context of beer, and that context is “not inclusive or even respectful”. The problem isn’t the women, or the beer, Hayes said, it’s the context beer exists in. A dangerous, exclusive, version of masculinity, in which women exist as tools to sell beer, not customers to be sold to.

This was all fascinating, well-presented, and easy to agree with – a clear case of a brand seeking, and finding, an insight. But plenty was going unsaid, too. The “cultural context” of beer is the problem – OK, but how did that cultural context of dangerous masculinity come into being? Who built and maintains it?

One obvious answer is “dangerous men”. Hayes didn’t mention them: her presentation was about a high-gloss version of social change in which it’s more important for problems to be solvable, not structural. In this world there were only winners, from InBev to women, to men like me who’d frankly prefer not to drink in gross bars either. But as businesses involved in media, in videogames, and even in politics have learned, there are a lot of men who don’t want social change and will kick back hard against it. Are AB InBev ready to face them down?

The other obvious and unmentioned answer to ‘who made beer culture unfriendly to women’ is “marketers”. AB InBev is America’s biggest brewer, who has made America’s biggest beer brand for decades. It feels slightly disingenuous for them to present on the iniquities of beer culture without holding up their hands and taking responsibility for some of it. It’s an important point to make because it raises tough questions about a mega-brewer’s commitment to shifting that culture towards something healthier. Toxic masculinity made some companies a hell of a lot of money: acknowledging that would be a start.

This may feel like a lot to load onto the shoulders of one woman presenting at a research conference. It’s a testament to the strength of Hayes’ presentation that its seriousness and depth invited these questions. It was one of the highlights of TMRE this year.

The effort of reforming beer culture is – as Hayes admits – a long-term effort requiring the highest-level buy-in. The good news is that 25 projects are already in motion, around the world, from working with domestic violence charities to shifting the role of women in beer ads. Hayes left the audience with some solid and practical warnings for undergoing a project of this scope. Establish the myths and challenge them. You must start broad before you can narrow in. Don’t jump to conclusions. And above all, be patient.