The review of Solvency II: the best is often the enemy of the good 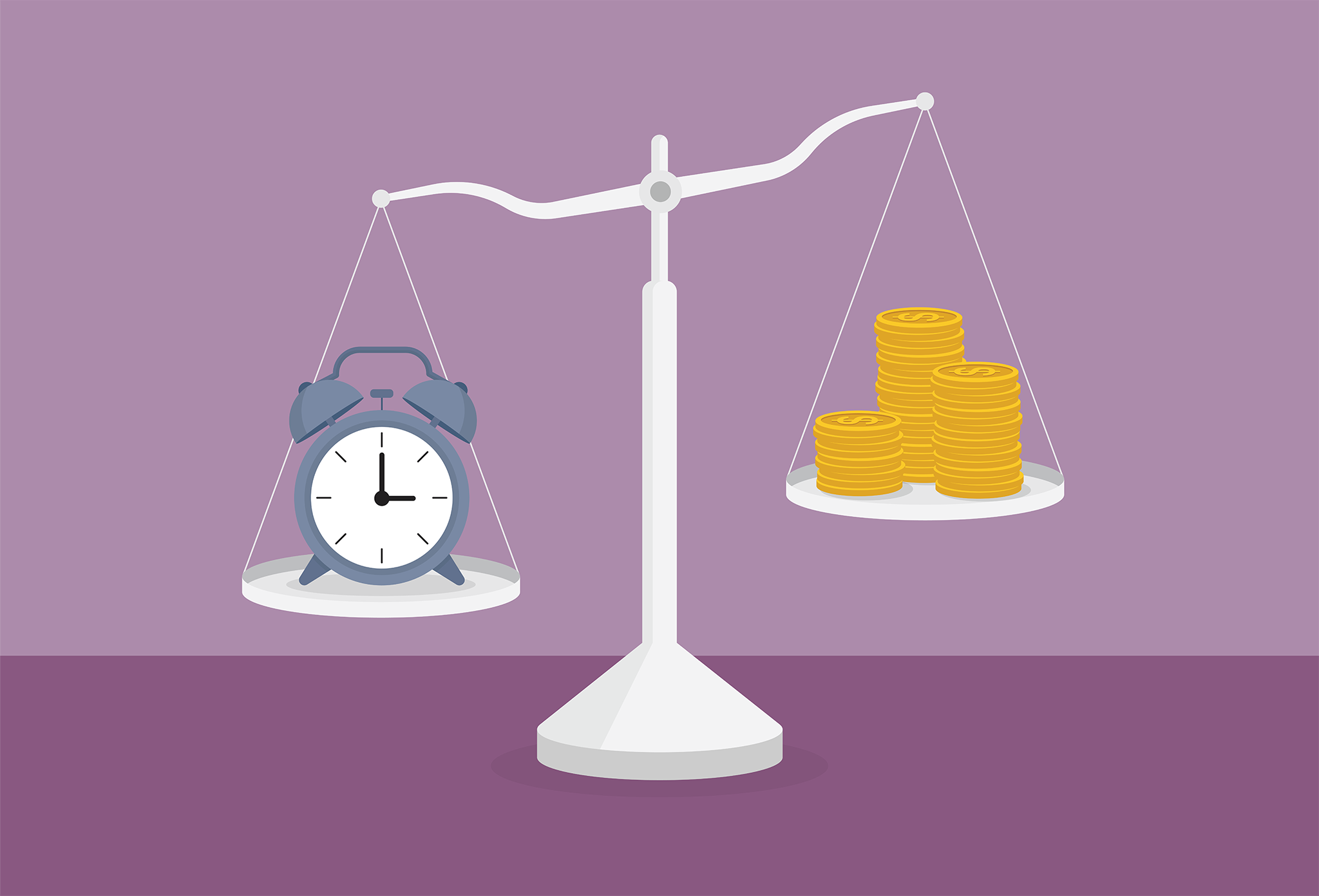 What is Solvency II and how is the insurance sector reacting to it? Karel Van Hulle, Professor, KU Leuven and Goethe University Frankfurt, analyses the review of Solvency II, and takes stock of the positive impact of the regulation, but also highlights the areas where regulators could provide more support for the insurance sector.

Solvency II is the biggest reform in EU insurance regulation in the last 30 years. It took more than ten years to develop Solvency II. However, the Solvency II Framework Directive (FD) adopted in 2009 is more than just the introduction of a new solvency regime for the insurance industry. It is also a recast of the 14 Insurance Directives that existed in 2007 (the year in which the European Commission (EC) presented its initial proposal). That is the reason why the FD comprises more than 300 articles, of which only about 60 specifically deal with Solvency II. It is the FD, which entered into force on 1 January 2016, which is now being reviewed[1].

The Solvency II regime itself comprises different levels of regulation: the FD (level 1), the 2014 Delegated Regulation and a number of Implementing Regulations (level 2) and EIOPA Guidelines (level 3). Although the 2020 review of Solvency II only relates to the FD, it is important to keep in mind that any change in the level 1 text will imply consequential changes in levels 2 and 3.

The FD includes a large number of provisions that go back many decades ago. These provisions relate to issues such as authorisation, qualifying holdings, the pursuit of life and non-life insurance, reinsurance, freedom of establishment, freedom to provide services, branches, etc. Strictly speaking, these issues have nothing to do with the solvency regime. In order to make the negotiation process manageable, it was decided in 2007 not to change these provisions. In its Call for Advice (February 2019) to EIOPA, the EC asked EIOPA to also look into some of these provisions, particularly those relating to authorisation and freedom to provide services.

Financial regulation has advanced since the adoption of the FD. This is particularly the case for systemic risk and macro-prudential supervision, for which the IAIS has now adopted an international framework, and for recovery and resolution, for which a specific regime has been introduced in the banking sector. In its Call for Advice (February 2019), the EC asked EIOPA to also examine whether action needs to be taken in these areas.

Europe needs an insurance industry that pays more attention to sustainability and to the risks of climate change, an industry that invests in the real economy and that helps to reduce the pension gap.

How does the review work?

This is not the first review of the Solvency II regime. Since its adoption in 2014, the Delegated Regulation has already been amended three times. The amendments related mainly to the reduction of capital charges for long-term investments and particularly for investments in infrastructure. The last amendment, in 2018, was more substantial and concerned the whole standard formula for the calculation of the Solvency Capital Requirement (SCR).

At its Solvency II Review Conference on 29 January 2020, the EC announced that it will launch its own consultation (four weeks) with stakeholders in March 2020. After receiving the comments from stakeholders and from EIOPA, the EC will come forward with a legislative proposal, probably in the Spring of 2021. It is virtually impossible to do that earlier, as the issues are complex and will require careful consideration and preparation.

Once the EC has tabled its legislative proposal, it will be discussed in detail by the co-legislators (European Parliament and Council). This will take time. It is not unreasonable to presume that the final adoption of the proposal will be towards the end of 2023. The amended FD will then have to be transposed into national law. Member States will need two years to carry out this task. Meanwhile, consultations will take place concerning amendments of the Delegated Regulation and the Implementing Regulations. It is difficult to start these consultations before the final adoption of the Directive. EIOPA will also have to adapt its Guidelines.

The Solvency II review will therefore most likely only be fully implemented by 2025/2026.

What is at stake?

When one reads the consultation document published by EIOPA on 15 October 2019, one could have the impression that the review of Solvency II is a highly technical matter.

However, the EC has already made it clear that this review is not a mere technocratic exercise. At stake here is the contribution which the insurance industry can and should make to society. Europe needs an insurance industry that pays more attention to sustainability and to the risks of climate change, an industry that invests in the real economy and that helps to reduce the pension gap. One of the important questions in this context is, whether the present regime for the treatment of long-term guarantees is satisfactory and whether it is just a matter of making a couple of technical changes to this regime, rather than introducing a principle based regime for the treatment of long-term assets and liabilities that can stand the test of time.

It is important to keep these policy objectives in mind throughout the review process. Solvency II has been a success and all parties concerned agree that there is no urgent need to fundamentally change the regime. Although there are a number of deficiencies, the regime seems to work well. Most (re)insurance undertakings in the EEA are well capitalised (average SCR ratio is 234%). There is no need to introduce further prudence into the regime, which is already very conservative.

One cannot deny however that the economic climate has changed. The Solvency II regime must be updated to reflect the consequences of the low interest rate environment. Attention must be paid also to macro-prudential supervision and to the potential consequences of insurance failures and their cross-border impact on policyholders.

In terms of macro-prudential supervision, systemic risk is not specifically dealt with in the standard formula for the calculation of the SCR. As Solvency II is a risk-based solvency regime, it would be logical to deal with systemic risk at least as a pillar 2 measure (for instance in the Own Risk and Solvency Assessment).

As for insurance failures and their cross-border implications, there is at present no EU-wide regime for the insurance sector in the case of distress. Only a few Member States have a comprehensive regime for recovery and resolution. Not all Member States have an insurance guarantee scheme that protects policyholders in the case of an insolvency. However, the introduction of a requirement for all (re)insurance undertakings to prepare a pre-emptive recovery plan and to develop resolution plans, as proposed by EIOPA, might lead to an unjustified increase of the regulatory burden on small and medium-sized insurers. Similarly, introducing minimum requirements for insurance guarantee schemes needs to be done with caution. The cross-border aspects are difficult to resolve. It would also seem logical to examine the impact of insurance guarantee schemes on the confidence level of Solvency II. It is not in the interest of policyholders to develop a solvency regime that is overly prudent.

The development of a single market for insurance is an important objective of EU insurance regulation. In that context, it is important that the delivery of cross-border services takes place in a manner that protects both the policyholders of home and host Member States. Supervisors of home and host Member States should cooperate more closely, with the same objective, i.e. the protection of policyholders, independent of their domicile in the EU. EIOPA’s role in this area, as an arbitrator between supervisory authorities, has already been increased as a result of the ESA (European Supervisory Authorities) review. Further progress in this area would be welcome.

The best is often the enemy of the good. There is no need for a major overhaul of the Solvency II regime. The focus should be on a limited number of targeted changes with the fundamental policy objectives listed above in mind. Rather than to strive for perfectionism by immediately introducing new requirements, it might be useful to test the water first and to work in stages, whereby new requirements would only come into being after clear evidence that they are really needed and do not create a too heavy burden on the insurance sector.

[1] For more information, see VAN HULLE, K., Solvency Requirements for EU Insurers. Solvency II is good for you, Intersentia, Cambridge, 2019, 727 p.
[2] In its submission to EIOPA, Insurance Europe estimates the number of proposed changes at 120.