The Top 3 Things Popular Music can teach us about Collaborative Innovation.

This might have been better titled, What does Clayton Christensen
and Christina Aguilera have in common'?
You might think the world of popular music would
consistently be a hotbed of innovation, but if you look at the last century and
the start of this one, you'll note innovation is slow to creep into the field.  Like the commercial world we live in, it
appears only mostly recently that innovation has driven new results.
Old School vs. Young Bloods
Just like those of us who embrace collaborative innovation
in the commercial world, those in the music world can also confront indifference to change.
Let's contrast the work of Frank Sinatra
and Christina Aguilera. 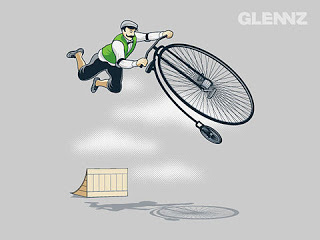 First off, I love Frank Sinatra music.  I saw him in concert.  I even shook his hand.  But the only innovative moment in his career
was at the beginning.  Frank's popularity
occurred when he was part of a phenomenon where band singers become more
important than the band.
As his career took off he sang the American Songbook, in other words: classics,
for decades.  When he occasionally tried
to sing a modern song, like 'Somewhere' or 'Let It Be' by the Beatles, it
sounded almost painful and rang false.
When he put out a duets album late in his career, he didn't even sing in
the same room with the other performers.
They recorded their tracks in separate locations.
In contrast Christina Aguilera works hard to embrace collaborative
innovation in her work.  She has been
recording music since the mid '90's.  Collaborative
innovations have delivered a slew of benefits for her.
The music business was somewhat shocked and awed when rap
music came on the scene and proved to be popular.  While some musicians were immobilized by the
threat, performers like Christina took on collaborative projects incorporating
rappers, and their music, into her performances.  Aguilera's songs always list her as the
performer, and then list or 'feature' a rap artist.
She has partnered with popular rappers like T.I., Lil Kim,
Peaches, Nikki Minaj and Pit Bull.  She
collaborated with Blake Shelton to cross over to the Country and Western market.  She sang with superstars Maroon 5, Cee Lo
Green & Pink to tap into the newer audiences they generated and into these
newer artists's popularity.  Aguilera was
smart enough to appear on the television show The Voice to embrace
collaborative innovation in another medium and get exposure to new audiences.
Three Intersections of Innovation in Business and Innovation
in Music
What did she get out of this effort?  The same things we in the commercial world
all want as a result of Collaborative Innovation.  Let's look at the common ground.

1.  We all want to stay relevant.  By using collaboration to embrace innovation
we get to introduce traditional offerings to new markets.  A tried and true product can get 'refreshed'
with the addition of a modern twist.  In
both the cases of popular music and a commercial enterprise, the younger, newer
participants learn from the older, more experienced players about how the system
works.  The senior player has their
thought processes opened up by the fresher perspective.  An old product can regain relevancy with the
exposure to a new market.
2.  A big chunk of the commercial innovation
world is driven by new product development.
Popular music has a constant demand to produce new works, as well.  Yes, maybe their old favorites will have an
audience, but if a CPG company or a popular musician wants to retain shelf space they
have to keep a pipeline of new product offerings coming.
3.  We can see combining two different
perspectives can yield a whole new product.
This type of thinking led to the production of a Hybrid Car... and the insertion of a spoken word interlude within
a melodious lyric.

So Collaborative Innovation is a pervasive notion spanning both
commercial enterprises and popular music.
This approach enables traditional offerings to remain relevant to an
ever-changing audience.  It assembles
senior players so they can share their experiences with junior participants.  Collaborating to fuel Innovation serves to open up the minds of traditionalists to modern thinking.  The realized benefits of Collaborative
Innovation include the introduction of offerings never seen before.  It drives a steady
stream of developed new products to a market hungry for novelty (and the next 'new'
thing). 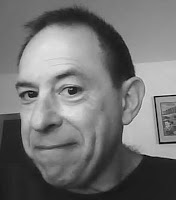 Ron Shulkin blogs, researches and writes about enterprise
technology focused on social media, innovation, voice of the customer,
marketing automation and enterprise feedback management.  Ron Shulkin is Vice President of the Americas
for CogniStreamer', an innovation ecosystem.  CogniStreamer serves as a
Knowledge Management System, Idea Management System and Social Network for
Innovation.
You can learn more about CogniStreamer here http://bit.ly/ac3x60
.  Ron manages The Idea Management Group
on LinkedIn (Join
Here).
You can follow him Twitter. You can follow his blogs
at this Facebook group.
You can connect with Ron on LinkedIn. You can find his CV at www.shulkin.net.