The Two Indecorous Truths About Innovation 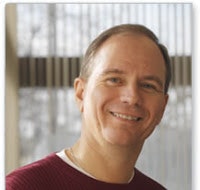 How many companies can you name that became innovative firms when they weren't initially?  If you stop and list most of the innovative companies you know, you will realize that they started as innovators.  Even the companies that became innovators often started with some kind of clean slate (and in some cases, that meant wiping some slates clean).  Companies often establish their strategies at their inception, and yet they face a significant amount of pressure to "innovate," be it from investors or from the C-suite, and these endeavors are not always successful because they are not consistent with the genuine goals of the company.  The result is that companies end up putting on a masquerade of purported changes and spend a lot of money on fanfare that amounts to nothing.  But, it is rare for anyone to shine a light on the masquerade and foster some honest discussion -- in the hopes of doing just that, I am going to highlight two indecorous truths about innovation in companies.

Any search on how to innovate will lead to a deluge of information that is cross-referenced, categorized, and summarized in all sorts of ways.  There are so many resources out there, including consultants, papers, and companies, that any firm that wants to innovate can find out how to get it done.  This should leave you wondering why so many companies are still not very innovative.

As a consultant, I have watched company after company go through "changes" that are never meant to be anything more than cosmetic.  Firms want investors and employees to think that they are turning over new leaves, making things different, solving problems, and the like.  But, what they are really doing is going through a bunch of motions, sometimes hiring consultants (and either paying them to give a scripted answer, or later ignoring everything they have to say), and generating a lot of fanfare about "the new, improved us."

For example, I once worked with a company that started a major push to increase diversity, and hired a bunch of people, including me, to advise the endeavor.  In a couple of outside conversations, several of us consultants admitted to each other that the company will never achieve a serious level of diversity, simply because their only major reason for increasing diversity is that it looks good to outsiders and prevents lawsuits.  No one in upper management really saw the value of diversity, nor did any of them genuinely care whether the demographic makeup of the firm was uniform.  Yet, the company trumpeted its new diversity initiatives, made a lot of noise, hired a few token demographic-fillers, and ignored nearly all of our suggestions.  And the employees of the company "smiled and grinned at the change all around," picked up their guitars and played (just like yesterday!)  An indecorous set of truths, perhaps, but a set that resonates more deeply than many people want to admit.

Companies with desires to innovate often look like the company that was "increasing diversity."  They want to claim that they are doing something different, changing it up, developing new initiatives, or something similar-sounding laced with management jargon that sounds professional and pseudo-sophisticated.  Yet, the chocolate inside that candy shell smells a lot like fertilizer (but is still reputed to cause growth!).  So consultants and employees round up the data, fire up their PowerPoint decks, give the best of their advice, get slapped on the back with a nice testimonial...and nothing changes.  A decent proportion of the time, this is not the fault of the consultants/employees.  This is the fault of companies wanting to look like they are innovating without dealing with the risks, changes, and challenges of becoming an innovative firm.

Indecorous Truth #2: There is nothing wrong with a company doing what it does best, and proceeding to excel in that area.  (This is better known as "The Hedgehog Concept.")

There are lots of articles in business periodicals that discuss the constant need for innovation, promote the fear of competition sneaking in and ripping the market out from under an industry leader, and so on.  There is some truth to those issues, but there is also some truth to companies like McDonald's, Nordstrom, and others, which have made money doing the same excellent things they have been doing for decades.  All of those companies have made incremental changes over the years, but if a time traveler went back three decades, (s)he would still recognize the Big Mac, the golden arches, and the inquiry about whether the order should include fries.

Companies often start with a strategy, goals, and marketable products/services that may or may not include innovation[1].  While companies do need to keep up with the times, and they do need to make incremental updates in the process, this does not mean that a company needs to innovate, and it does not mean that a company needs to be an innovative company.  In fact, when a company's products depend upon algorithmic processes[2], true innovation, and the management processes that go with it, are not a good idea[3].  This may be the very reason that management does not want to innovate, even as investors poking around in the business media may have other expectations.

In short, businesses do not want to change what they think works, be it a lack of diversity, innovation, et cetera.  That may be a disadvantageous move in the long term, but the incentives in the short term are for avoiding change (and there may be no long-term incentives for good long-term performance).  As many business thinkers have noted, innovation requires a long-term perspective, but to this I add that it also requires a structure and strategy that is consistent with innovating.  Hedgehog companies do not do more than incremental innovation, and they don't need to, either.  They also do not need true diversity (which is far more than demographic makeup[4]), because that could incite unnecessary, and unwelcome, change.

Of course, some companies genuinely want to branch out into innovation, and they generally do so successfully.  Often, this starts with the C-suite and a department or two, and the change wends its way through the necessary parts of the company.  Such genuine changes are often difficult, but usually occur with success when they are carefully built into the heart and soul of the company.  At other times, it's a waste of time, money, and energy, and amounts to putting a colorful candy shell on bite-sized horse apples.

Whichever direction you go, be genuine!

1. See Miles and Snow's Typology for a good description of how companies design their strategies:

2. See Teresa Amabile's Creativity in Context for more on this.

3. See Lex Donaldson's The Contingency Theory of Organizations for more on this.

4. "Diversity" is a buzzword in human resources, and refers to the demographic makeup of a company.  Typically, this is about gender and ethnicity, and sometimes extends to religion, sexual orientation, and age.  As such, "increasing diversity" usually focuses on ensuring that those who have historically faced discrimination have equal opportunities to be hired and promoted.  I would point out that true diversity extends well beyond these measures and into the variety of perspectives and capabilities that people can provide, which transcends the measures used in HR.

About the Author
Orin C. Davis is the first person to earn a doctorate in positive psychology. His research focuses on flow, creativity, hypnosis, and mentoring, and it spans both the workplace and daily life. He is the principal investigator of the Quality of Life Laboratory and a freelance consultant who helps companies maximize their human capital and become better places to work.