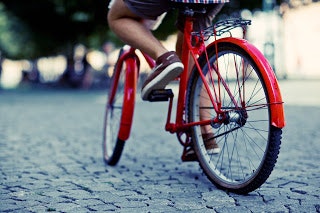 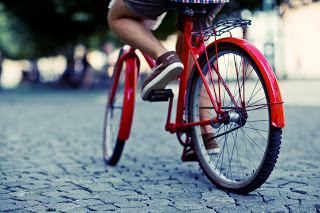 Cars are a nice way to get around and all, but what if we didn't have cars? What would city streets look like without roads paved for driving? Would the mode of transportation be biking, and wat would that look like in a reimagined city? All of these questions and more were answered this week in an article by Fast Company. This article explored what it would look like to have a city, such as New York City, reimagined and designed so that the city infrastructure was solely for cycling. 'In Sydney, the designers looked at how the city could be rebuilt with a new network of lanes'including a bike-friendly apartment building in the center, with ramps that lead directly to each floor. Cyclists could take an elevator up to their floor and coast down the ramp into their apartment; when they want to leave, they can coast down several stories of ramps directly into a bike lane.' The idea is quite fascinating and upon looking at several sketches, looks very manageable and 'new age.' The article in its entirety can be found here. 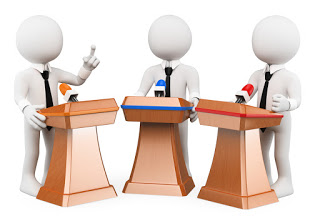 In the world of Washington, this week was marked with the first Democratic Presidential Debate. In the world of VR (virtual reality), however, this meant little to nothing. This week Fast Company wrote an article discussing how the debate was the first-ever live news broadcast in VR and how it hardly came to be a defining moment. Assembled by NextVR solely set up for Samsung's Gear VR, 'the debate showcased live, wide-angle views of the five "major" 2016 Democratic candidates for president of the United States. Watching the VR version of the debate, you could see a 180-degree view of the candidates from one of three different cameras placed in the debate hall.' However, according to the article the experience of the debate in VR was not as inspiring as one might have thought. ''the view was fuzzy. Moderator Anderson Cooper never looked as crisp and clear as he would on TV or on the web, something a number of my Fast Company colleagues would no doubt have been disappointed by.' Did any of you watch the debate in VR? 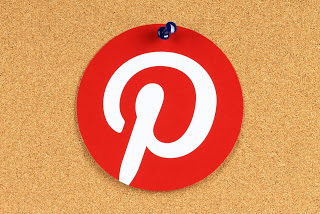 This week Fast Company wrote a piece on Pinterest and their innovative initiatives to expand their diversity. Much of the makeup and demographic of the company's employees included white and Asian men, leaving out a large population that doesn't fit into those categories. 'Silbermann and Sharp were forced to admit that Pinterest still looked too much like them: a couple of dudes. The proportion of women in tech roles at Pinterest (21%) remained unchanged from the previous year; same with the percentages of African-American and Latino employees overall: 1% and 2%, respectively. According to the article, the first step was to harness creativity to sell the employees on the diversity measures they were going to take after this past summer. The company is also partnering with a consulting firm by the name of Paradigm, to work on an unorthodox project called Inclusion Labs. This project will test the effectiveness of various diversity measures ad continually make adjustments. I highly recommend reading the entire article on Fast Company to understand more of the specific projects the company is taking on.