Growing up there were always those kids who would to refuse to drink water unless it had some sort of flavor enhancer. Now, those kids are getting just what they need! According to a Fast Company article, a new product called, 'The Right Cup' solves this problem by wafting flavor aromas as you drink, tricking your brain into thinking you're drinking more than just water. 'The design is dead simple. It's a plastic cup with a liner that emits fruity aromas straight from its plastic. You don't need to add any other substances. You just fill up the cup and drink.' The article explains that the reason this works is due to the fact that the majority of what we taste is through what we smell with our noses. The tongue has only 5 tastes that it is receptive to: salty, sour, bitter, sweet, and umami. This is another reason why whenever we're sick and our noses are plugged, taste is hardly there. The Right Cup is definitely a very innovative and unique invention and markets to a specific group of people who, up till now, have had to buy enhanced water. I will be interested to see where this product goes from here. 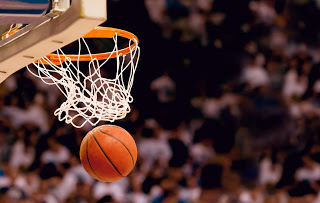 Remember when I wrote about the presidential debate and it being broadcast in VR (virtual reality)? Well according to an article on Fast Company, the NBA's tried using VR this last week and, they're words not mine, it was 'a lot more compelling.' The article states that after 18 months of privately testing VR on NBA games, the NBA finally decided to unleash it on the night of the opening game between the NBA Champion Golden State Warriors and the New Orleans Pelicans. Also mentioned, is the fact that this was the first professional sporting event to have been live streamed to the public. In comparing it to the presidential debates, the writer expresses that, 'watching that debate was interesting, for about three minutes, after which it was no longer a novel experience. That was mainly, I believe, because of the camera placement, and because something about a debate doesn't lend itself to VR. At least not yet. And that's coming from a presidential politics junkie.' I wholeheartedly agree with this reasoning. A presidential debate in VR does not nearly have as much action and pace as a sporting match. This is where I believe the NBA game has a leg up on the debate. Did any of you happen to catch the NBA game?

Working in an office can get 'crumby' am I right? Between staring at this bright orb of light for eight hours and having fluorescent lights beat down on you all day, life at the office can get mundane. Not to mention the chairs that I know we ALL slouch in. But what if you could change at least one part of this uncomfortable environment? What if'rather than sitting in these uncomfortable work chairs we were able to sit in a chair that has a sitting, standing, and'.wait for it'lying down position! Get your finger out of your ear, you heard correctly. In an article this week on Fast Company, a new product called the 'Altwork Station' allows you to work efficiently in all three of these positions. 'At the push of a button, the desk can tweak the position of everything or fully shift back into sitting or standing. As the back moves, the monitor moves with your eyes, the desk moves with your hands, and the back headrest shifts slightly in or out to best support your head.' According to the co-Founder of the station, Che Voigt, ''you can make one of two choices: you can say you're going to sit in this uncomfortable position because it's more protective of your body. Or, I think we can go the other route, which is, how about we just let people work the way they want to'?" This piece of furniture innovation and design is also unique because it was designed by aerospace engineers. Think you want one? Starting price is at, $3,900, so step on up! 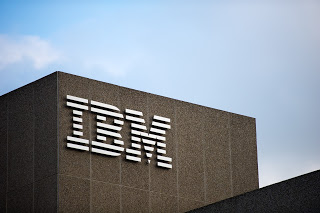 This week, Fast Company wrote an article on IBM's announcement of acquiring the digital and data assets of the Weather Company. This is a very bold and unexpected move for the company, however it can be seen as an innovation move. According to the article, The Weather Company's 'data sets'which impact everything from the aerospace sector to insurance companies and retailers'could help create new use cases for Watson, IBM's artificial intelligence platform.' In this respect, IBM is most interested in the Weather Company's in-house forecasting team called WSI. This team works to make sophisticated projections for well-heeled governmental and corporate clients based on weather data. 'WSI could offer a new client base for Watson-related initiatives, and help boost IBM's reputation as a provider of analytics solutions.' IBM's strong move toward this kind of innovation is a very interesting step for the organization and it will be important to follow new developments that come from this in the coming years.