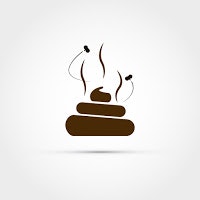 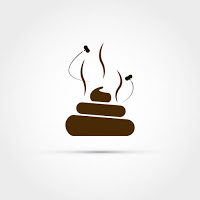 As the flu season hits and people begin taking antibiotics, many people are trying to come up with innovative ways to also restore the good bacteria that antibiotics can wipe out. In a fascinating article put out by Fast Company this week, the idea of banking or harvesting the healthy microbiome through their human stools is discussed. The idea here, is then when the microbiome is needed, it can be transplanted back in. According to the article, a nonprofit called 'OpenBiome' are heading up these efforts and surprisingly, are having success. 'It may sound a little unappetizing, but it's already happening. OpenBiome is pioneering this process, albeit for a more limited set of circumstances. In the last few years, with the FDA's tacit approval, doctors have successfully used microbiome transplants (often called fecal matter transplants or FMTs) to cure otherwise untreatable infections of an antibiotic-resistant bacteria called C.diff. In more than 90% of cases, repopulating patients' guts with a donor's healthy microbiome had cured them'even after all drugs failed.' OpenBiome has provided 7,000 safe transplants to patients and just piloted a new service called PersonalBiome. This service will allow patients who are vulnerable to C.diff infections to proactively store their own microbiome. A perhaps unappetizing innovation, however, seems to be very creative and helpful in restoring your body's good bacteria. But'an honest question, would you try it? 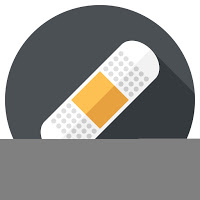 Ever since I was little I always hated taking my temperature. I always worried the thermometer wasn't sitting right or, if checking it via mouth, that it would be affected by the cold drink I had just drank. But we live in the future folks. Now, according to a Fast Company article, there is such thing as a temperature reading sticker for babies. That's right. Not only are you able to tell the temperature of a sick one, but they are able to wear a cool sticker for it! The sticker is called The Fever Scout and is priced currently at $59. 'It's a reusable sticker that you apply to your baby's torso to constantly monitor his temperature. Via Bluetooth and an accompanying app, it will send a trend graph of temperature updates to your phone, and even wake you in the middle of the night if a fever gets too high.' This cool new piece of technology comes from a company called Vivalnk that also enlisted NewDealDesign, the firm behind the Fitbit. The article also goes into quite a bit of detail on how the product was designed and how the design of the finished product eases the mind of parent with a sick child. ''the worst case scenario for The Fever Scout would be that, instead of being a device that can worry for a parent, it became a conduit to amplify their concerns with more data points.' I highly recommend reading the entire article, as it is a fascinating technological innovation and provides interesting insight as to how it these innovative pieces are designed. 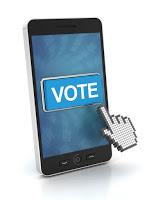 I consider myself a pretty politically engaged person, so it comes as no surprise that an article about a tinder-like voting app caught my eye. Fast Company this week, wrote about the app called, 'Voter' which essentially matches people and their political views up with the candidate with the best fit. 'The Voter app invites users to answer eight yes or no questions about key issues, such as whether to legalize marijuana, keep same-sex marriage legal, and repeal Obamacare. These questions will help users figure out what political party or candidate best represents them.' Initially I thought, 'Wow, this is great. People who don't have the time to read up on candidates can still be somewhat educated.' However, after thinking about it a little more I'm a bit concerned that this innovative app may have a reverse effect and rather discourage people from actually reading up on candidates and their views in the news. It's easy to have an app that says 'Candidate X supports Y' but as we've learned from recent elections, candidates can say one thing and vote a different way. Being able to reveal all of these complexities in one app in order to match an individual's views will definitely be difficult if not impossible. I highly encourage readers to read this article though, as it is an interesting innovation in the way of voting.