Who knew that innovation could come in the form of the TV Land dramedy Younger. In a Fast Company article this week, the crew of the TV Land show was interviewed at the Innovation Festival and what we discovered was, the cast of the show are real innovative agents. The show, based on a 40-year-old who is struggling to pass as a 26-year-old, also features actress Hilary Duff who, in the interview, explains how even at her age she feels worn down due to the pressures of social media. 'She admitted to having moments where she felt like she was taking on too much. 'I understand the importance of [social media],' she said. 'You have to be a brand to stay relevant. But you have to ask yourself, How much do you want to share? How much time do you devote to it? How many selfies can you post? It's exhausting.'' The major point that came out of this interview was that aging is perhaps not the biggest problem for actresses nowadays. Rather, the push and pull of stresses to fit into a certain mold on social media has worn many of them down. It was very refreshing to hear this take and see it as a form of change and innovative thinking within the film industry. 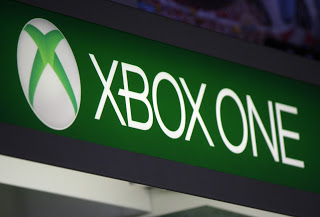 This week Fast Company wrote a piece on 'How Microsoft Created a New Xbox Experience' with their release of the new Xbox One. In the past, fans have often criticized the Xbox One for having too convoluted a dashboard system that buries the core functions. According to the article, with the launch of their new Xbox One, the company wants to change this by adding a simplifying the menu system. The Partner Group Program Manager for Xbox One, Richard Irving stated, ''we always wanted to reduce the number of steps to at least half. In some cases, we have gone from seven steps to one step''' One major change with this new system is with its social function. 'In the past, if you wanted to see which friends were online playing, if you were in a game, you would have to press the Xbox button to go in the dashboard'.Now, no matter whichever page you are at on the main dashboard pages, clicking to the left while at the top brings up the guide, where the friends list is the first icon and automatically expanded.' The article also discusses the design, the testing process, and the initial final product. A very interesting read on the innovation development of Xbox if I do say so myself. 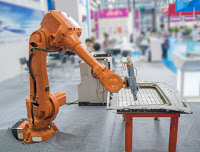 Robots are taking over the world. Ok, well maybe not the world. But in an article this week put out by Fast Company, there is a robot device that can crawl under the floorboards in a home and deliver insulation. 'Developed in London, the Q-Bot goes under the floorboards, where it scans the area and then delivers an insulating foam. The process is both easier and cheaper than pulling up the floorboards, and has an energy-saving benefit.' According to the article, the company reportedly saves households $300 a year on heating and cooling costs after the work has been completed. The creators of the robot also say that this robot won't necessarily put people out of jobs. Rather, these robots can enable workers to conduct their jobs more efficiently. ''There's nothing wrong with human labor but, if you look at any other industry, they've empowered the workers'the robot can survey and spray an area automatically. But it can't drive the van to the site. It can't open the front door of the house,'' says CEO Matthew Holloway. I think this is actually quite a brilliant design and innovative creation. Usually I'm pretty skeptical about robots but this invention seems to be extremely useful and full proof. Check out the full article here.