When we talk about innovation, the most common imagery that comes to mind is usually tech companies right? Well this week Blair Palmer, UNICEF Innovation Lab Lead, sat down with Sibi Lawson-Marriot, the UNICEF Humanitarian Policy Specialist to talk about the ethics for innovation in the field of humanitarian assistance. Below is a small clipping from the interview. To read the full interview (which I highly recommend) visit Huffingtonpost.com
'Blair Palmer (BP): Are "ethics of innovation" for UNICEF any different than a more general "ethics of design"? If so, why? If not, explain.
Sibi Lawson-Marriot (SLM): I do believe there is a difference. There are elements of accountability to the affected population that may not be present in a purely deign-driven scenario. There are risks and power dynamics that make for a different kind of innovation process. There may be a need for more upfront investment in capacity building to enable a genuine, informed consent, and there may need to be reflection on how the benefits of the innovation can be most fairly shared amongst those who created it.
BP: How does UNICEF develop its ethical viewpoints, especially when it comes to technology?
SLM: We start by applying the Principles for Innovation and Technology in Development, which has become a standard ethical framework that UNICEF developed some years ago. We work closely with private sector partners, academics, fellow practitioners (both development and humanitarian) and community and government representatives to share ideas about what ethical dilemmas or risks may exist. We also review comparable bodies of ethics, such as medical or research papers, and compare them with areas where we have had to develop ethical standards, such as interviewing children or conducting research that involves children.' 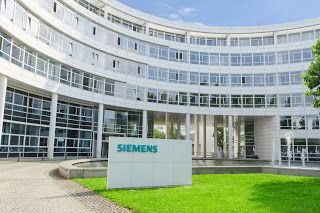 Did you know that one of the biggest growing fields for innovation is the Agtech field? For those of you who don't know exactly what this is (I'll be the first to admit, I had no clue), Agtech is simply the field of agricultural technology. Well, with Agtech on the rise, Forbes wrote an article this week that discussed the various forms of innovation with the Agtech field. These forms include sensors, drones, and sustainable nitrogen. 'The Swiss company Gamaya has created a small and light hyperspectral imaging system (HSI) in a camera for drones. HSI is used to collect and processes information from the electromagnetic spectrum and lets you more easily identify materials, detect processes, find objects when the sensors scans or take an image of something, in this case, terrain.' Gamaya equips these drones with the HIS camera and from there it is able to capture images and develop a survey of the crops. One of the organizations discussed with respect toward sustainable innovation is calles Azotic Technologies. This UK Company 'has created a new nitrogen fixing technology based on a food bacteria which makes it sustainable nitrogen.' The rest of the article features fascinating facts about the world of innovation in Agtech and explores its future. 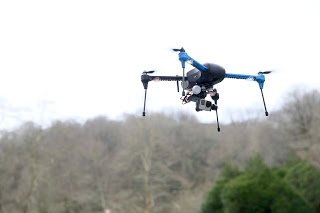 According to an article this week by The Guardian, there is a proposed bill in California that will ban drones from flying below a certain height in order to protect public privacy. The cause of this bill stems from an instance in which Hannah-Beth Jackson, a state senator, was vacationing and experienced a drone fly into her backyard and record her conversations. The counter to this bill argues, that this bill will squelch innovation within the drones and technology field. Mario Mairena, senior government relations manager for the Association for Unmanned Vehicle Systems International (AUVSI), argues that ''There is a growing commercial drone industry and companies are developing legitimate uses for drones. This law leaves very little room for a commercial drone corridor in the sky''' What do you think about this bill? Could it harm the innovation field for technology like its critics are claiming? Or is this bill simply just a protection act to secure public privacy? Read the full article and figure out where you stand.

Are you a mobile user? Odds are, that if you are, you either own an IPhone or an Android. This point easily illustrates how hard it is to break into the smartphone world as an innovator. However, John Sculley, former Apple CEO and cofounder of the Obi Worldphone is doing just that. Sculley's master plan however is to completely avoid the U.S. markets altogether. 'Obi is launching two android models aimed at countries where the smartphones that matter most are not high-end flagships such as iPhones and Samsung Galaxy models, but rather budget-priced phones for young, first-time buyers.' According to an article on Fast Company that discusses this new business, both of these models look very sleek and were well designed for their price-bracket. The interesting point from this article is the innovation that was able to continue on by simply just changing the market audience.
Nichole Dicharry, is a Digital Marketing Assistant at IIR USA, Marketing and Finance Divisions, who works on various aspects of the industry including social media, marketing analysis and media. She can be reached at Ndicharry@iirusa.com