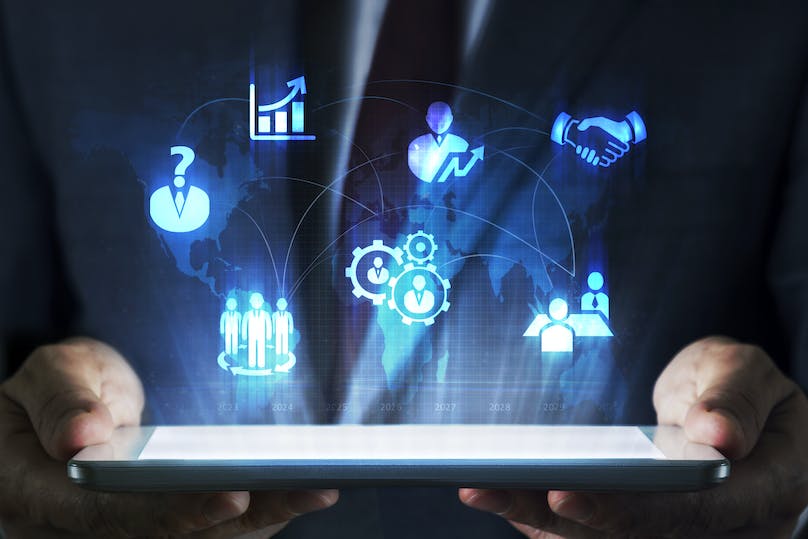 The insurance industry is undergoing a significant transformation, and many leaders agree that what we’ve experienced so far is just the tip of the iceberg. With RiskMinds Insurance just around the corner, we asked global CROs, representing traditional insurers, large financial institutions and up-and-coming InsurTech’s alike to tell us what trends would impact the insurance industry the most in 2018.

An overwhelming majority of CROs cite “new technology” as a key trend driving the insurance industry in 2018. 85% of respondents names it one of their top three developments driving their strategy and decision making in 2018.

One respondent elaborated that the key question CROs are currently asking themselves is “how to incorporate technology into conventional insurance”, while another said that “technology is bringing both significant threats and opportunity to the industry. And risk managers are scrambling to keep up”.

It isn’t all doom and gloom for traditional insurers though. AI and blockchain, in particular, are cited as developments that have the potential to drastically reshape insurance business models and transform operations. Some areas ripe for substantial improvements from this new tech, according to our CROs, are operations, rating, distribution, claims handling and decision-making.

For those willing to invest and overhaul their strategy and infrastructure to incorporate new technologies, they will find themselves “better placed to price and manage risk to their advantage” and able to stave off upstart competitors.

At a time when insurers are looking to create more complete and global cover, move into emerging markets and reach underbanked and underinsured populations before their competitors, political trends like Brexit and Trump’s push towards American protectionism are leading the insurance regulatory and operating environment in the opposite direction, one respondent told us. It is difficult to push into new markets as traditionally strong markets face continued uncertainty.

Over half of respondents put compliance and regulatory changes on their list, and some are keeping a particularly close eye on this as it combines with increasing nationalism - “this is particularly relevant to multi-national insurers as it can threaten the efficiency of their business model.” Insurers operating in foreign markets may find themselves subject to restrictions and stigmatisation, reducing their ability to operate effectively.

Some have questions over the new InsurTech’s and moves from global conglomerates like Amazon and Google into the insurance market. How these new entrants will be regulated, and how this is likely to impact current leading insurers is still to be seen – but the competitive ramifications are sure to be significant, whatever the regulators decide.

In many European countries, politicians are already feeling the strain of managing an aging population and are finding it more and more difficult to provide for their needs. More financial support is needed, as well as a significant increase in provisions for social care and medical assistance. One CRO told us that, “insurance may or may not be able to help fill the gap that develops in this space”.

Indeed, with people living longer, the time horizon of products and factoring that into pricing will become crucial factors, and it stands to reason that advancements in medical care could change the very nature of some types of coverage. Another CRO posed a very important question that underwriters, product developers and risk managers need to ask themselves as they work with this market: “are products which give freedom to the customer today ticking time bombs for the future? [When customers may] be unable to utilise their freedoms in the future, who is responsible for their decisions?”

On the opposite end of the spectrum lies the other challenging demographic giving insurers a headache: millennials. Some studies have shown that this age bracket would prefer to bank with tech giants than with existing banking players, and with “trendy” InsurTech’s flooding the market – should traditional incumbents be concerned about this shift?

Most thought they should be. “Rising customer expectations and new distribution channels threaten the traditional insurance model.”

At the time of the survey, macroeconomic developments and persistent low interest rates across Europe and the United States were concerns of our CRO respondents.

Markets, however, seem to be showing that the time of low interest rates and inflation is coming to and end, as volatility in the U.S. market has increased dramatically as investors foresee further interest rate increases and a tighter labour market lead to increasing inflation. If insurers can handle market skittishness, CROs should breathe a little easier as U.S. Treasury yields continue their upward trajectory and improve insurer underlying fundamentals.

One of the least mentioned trends was climate change – only 15% of CROs ranked it in their top three concerns. While environmental risks have grown in prominence and severity over the last decade and have come to play a greater role over long-term outlooks for other industries, the results seem to indicate that these risks haven’t yet come to dominate day-to-day concerns for CROs.

The World Economic Forum found “extreme weather events” and “natural disasters” to be top ranking risks (both in global impact and likelihood) for 2018, and ClimateWise released reports in 2016 which warned of a growing protection gap due to rising impacts of climate change. The reports find that more frequent extreme weather events are driving up uninsured losses and making some assets uninsurable.

As climate change worsens, these old issues will only become exacerbated, and insurance companies could suffer a huge hit.  Maurice Tulloch, CEO at Aviva and chair of ClimateWise stated, “the insurance industry’s role as society’s risk manager is under threat. Our sector will struggle to reduce the protection gap if our response is limited to avoiding, rather than managing, society’s exposure to climate risk.”