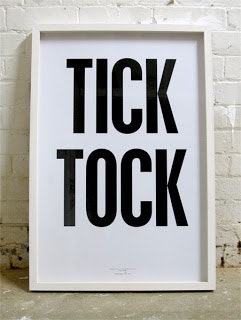 In Tottenham Hotspur Ltd v HMRC [2016] UKFTT 0389 (TC), the First-tier Tribunal (FTT) has allowed the taxpayer's appeals and concluded that the transfer fees paid in respect of two football players were not payments made "from" the players’ employment and therefore were not subject to income tax or national insurance contributions (NICs) under section 9, Income Tax (Earnings and Pensions) Act 2003 and section 6, Social Security Contributions and Benefits Act 1992, respectively.

The case concerned the transfer of two football players, Peter Crouch and Wilson Palacios (the Players), from Tottenham Hotspur Football & Athletic Co Ltd (Tottenham) to Stoke City Football Club (Stoke). The Players were employed by Tottenham on fixed term employment contracts. The contracts contained a provision for early termination, either if certain circumstances arose (none of which were found to have arisen in this case), or by mutual agreement between the Players and the club.

In 2011, Tottenham wished to transfer the Players to another club and had identified Stoke as a possible destination. However, the Players were reluctant to move and for that reason Tottenham made payments to them as part of the agreement to terminate their contracts early.

HMRC considered that the payments made to the Players were earnings because the terms of the Players' employment contracts expressly envisaged, and provided for, termination by mutual consent and any payment received in consequence of implementing those terms was therefore "from" their employment. As such, the payments were subject to income tax and NICs.

Tottenham argued that the payments were compensation for the early termination of the Players’ contracts and were not made pursuant to any provision of those contracts. Accordingly, the payments were made in return for the Players giving up their rights to be employed until the expiry of the fixed term set out in their employment contracts and, as such, were not “from” their respective employments.

On 10 December 2014, HMRC issued determinations under Regulation 80 of the Income Tax (PAYE) Regulations 2003 and decisions under section 8, Social Security Contributions (Transfer of Functions etc) Act 1999, for recovery of the tax and NICs allegedly due on the payments made to the Players.

Tottenham appealed against the determinations and decisions.

The parties agreed that the relevant question to be decided by the FTT was whether the payments made to the Players as part of the termination arrangements were “from” the Players’ employments.

The FTT did not accept that the degree of the employee's involvement in the termination of the employment was relevant, citing the Court of Appeal’s decision in Henley v Murray[1950] 1 All ER 908. In Henley, as in the present case, the relevant payment was made following a compromise of a potential dispute that the parties agreed between themselves. The FTT drew a distinction between the “receipt of remuneration or profits in respect of the office” and “sums paid in consideration of the surrender by the recipient of rights in respect of the office”.

However, this was contrasted with the Players’ employment contracts which did not specifically provide for the payments. In such a situation, where a contract contains an express provision permitting early termination by mutual consent and the parties agree that, on the employer making a payment, the contract will be terminated, the FTT did not consider that the employee is receiving “the security, or continuity, of salary which he required as an inducement to enter the employment”.

As employers and employees may take a pragmatic decision to enter into a compromise agreement in order to avoid the time and expense of determining whether there has been a breach of contract, the FTT did not think it would be a desirable state of affairs if it was nevertheless necessary to determine whether a breach had taken place in order to ascertain the correct tax position. The FTT therefore concluded that there does not need to be a breach of contract for payments such as those in issue not to be “from” the Players’ employments.

At the time the agreements were made to end the Players’ employment contracts early, the only operative right of termination conferred under the contracts was the right to terminate early by mutual agreement. The payments were accordingly made in return for the surrender of the Players’ rights under the contracts. The FTT therefore allowed Tottenham's appeal, concluding that the payments did not derive “from” the Players’ employments and consequently were outside the scope of NICs and were only subject to income tax above the £30,000 threshold.

As the contracts were not terminated following a breach of contract, the termination was by mutual agreement, however, the payments made following such mutual agreement were not within the scope of the principle enunciated in EMI Group Electronics, as the contracts had not specifically provided for the payments. In the view of the FTT, it followed that applying Henley, the payments did not derive "from" the Players' employments.