Traditional and Non-Traditional Epidemiology: The Sum is Greater than the Value of its Parts 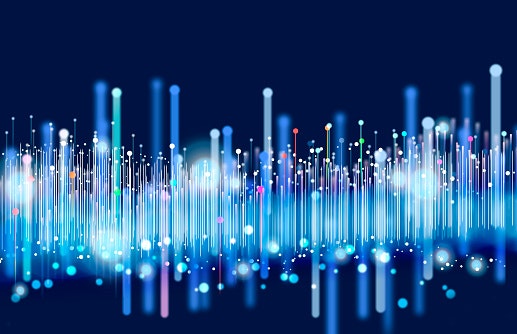 Decision Resources Group will be on site at BIO-Europe and welcomes meeting inquiries.

While real-world data is becoming established as a valuable resource in fields such as pharmaco-epidemiology, combining it with more traditional sources of epidemiological data has the potential to size the eligible populations in far greater detail. With real-world data, market researchers can address specific shifts and trends happening in the moment. By adding results from more traditional epidemiological datasets, they can gain a deeper understanding of the disease population, creating more balanced market projections. This hybrid approach allows for the parameterization of patient flow through different disease states and lines of therapy, while also being able to express the size of the patient populations involved at each point in that flow. The result: a perfect marriage, where the weaknesses of one type of data source are overcome by the strengths of the other.

In market sizing, it is important to consider the strengths and weaknesses of your data sources. Traditional epidemiological data sources include government health surveys (ex. NHANES in the U.S.), published studies (ex. CPRD in the U.K.), the Rochester Epidemiology Project in the U.S., and cancer registries. These sources allow accurate estimation of disease-level patient populations such as the number of people living with diabetes in the U.S. or the number of women each year in the U.K. who are diagnosed with breast cancer. And not only for relatively common conditions such as diabetes and breast cancer, but down to the rarest tumors such as peripheral T-cell leukemia (using SEER data, for example). In some cases, they provide information into subpopulations like the proportion of breast cancer patients diagnosed with metastatic disease that is BRCA positive. However, they often do not report the chronological detail to the extent and frequency required for accurately sizing patient populations.

The level of detail in market sizing can be addressed in two dimensions: vertical and chronological. The vertical detail involves the drilling down to finer levels like subpopulations and subpopulations of subpopulations. The chronological detail involves the observation of patients over time, examining the rate at which they flow through certain disease states or lines of therapy, for example. Whereas traditional epidemiological data sources often do not report these parameters to the extent and frequency required to accurately size those finer-grained patient populations, real-world data sources do. Sources such as electronic health records and medical or pharmacy claims contain the necessary data in abundance. The drawback of such data sources is that while they may accurately represent the patient population concerned and the associated treatment patterns, they often do not accurately represent the wider population from which they are drawn. For example, claims-based datasets do not include the uninsured, nor many of the healthy insured. Without being representative of the wider population, such datasets are not projectible and lack external validity.

A case study on myelofibrosis

To illustrate the value of pairing traditional and non-traditional epidemiological data, let’s look at a case study on myelofibrosis. Myelofibrosis is a type of cancer that would normally fly under the radar of most epidemiologists, if not for the fact that in recent years it has been the focus of much research activity in the pharmaceutical industry. It comes in two forms: a primary, idiopathic form, and a secondary form, often associated with other hematological malignancies. Yet, traditional epidemiological data sources such as cancer registries only report the incidence of the primary form, and even then, it is often with some bias due to reporting delay in the case of some registries.

Every research method has limitations, but by marrying traditional and non-traditional epidemiology, we empower their complementary strengths so teams can build a holistic picture of their market. This approach yields increased accuracy and confidence in market size projections, making the value of the combined datasets far greater than the sum of their parts. To learn more about using epidemiology and real-world data to drive greater accuracy in market sizing, download our executive briefing, Greater Accuracy in Market Sizing Using Epidemiology & Real-World Data.

If you are a biotech investing in drug research or commercialization, it is crucial to develop an accurate understanding of your market. We encourage you to connect with us through a partneringONE meeting at BIO-Europe 2019 in Hamburg to discuss more. We will be on site to help you better understand the current state of your market and ensure you are investing in solutions that are right for your business priorities. 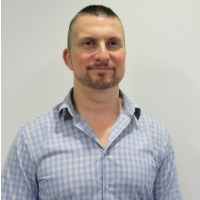 Michael Hughes, M.Sc., Ph.D., is Director of Epidemiology at Decision Resources Group. He gained his doctorate in Measurement and Information in Medicine from City University, London in the area of statistical modeling of patient flows and risk assessment models in a cardiothoracic surgical facility. He has received training in systematic reviewing and meta-analysis from the Cochran Collaboration and in HTA and guideline development and appraisal from the National Institute for Health and Clinical Excellence (NICE). Before joining Decision Resources Group, he worked as the research fellow and project manager on behalf of NICE in London for the development of the national guidelines for atrial fibrillation and hypertension. More recently he has worked as a research fellow on behalf of the American College of Chest Physicians for the updated guidelines on antithrombotic therapy. In addition to his work at Decision Resources Group, he is pursuing a Ph.D. in the foundations and metaphysics of probability at the University of Nottingham, and is also a guest speaker for postgraduate courses in the areas of epidemiological forecasting and biostatistics at University College London and the London School of Economics.