Trends in secondaries: tips for the managers and investors 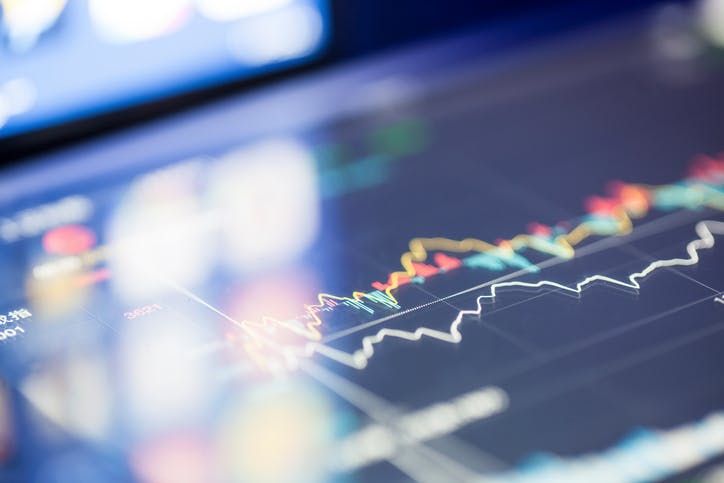 This year’s secondary market volume is on track to break records. According to US investment bank Greenhill, the market is predicted to hit $60 billion by the end of the year, surpassing 2017’s record $58 billion in volume. Against this backdrop, the great and the good of the secondaries market gathered at SuperInvestor 2018 for a special summit dedicated to them.

Competition in the market is rising fast – and so are prices. Greenhill expects these trends to continue thanks to an ever-more diverse seller universe and increasing amount of dry powder. The investment bank estimates that there is $121 billion of near-term available capital to deploy.

The commoditisation of secondaries

But first, the day’s initial panel was asked – have we reached the commoditisation of secondaries?

“The market is maturing, and that’s a healthy sign,” began Laura Shen Lefranc, Partner at Headway Capital Partners. “If you look at where we were 15 years ago, there was no Secondaries Summit at SuperInvestor, and GPs were scared to talk to us. Today, there are more players, more intermediaries, and pricing is attractive for sellers.”

While Verdun S. Perry, Senior Managing Director & Co-Head at Strategic Partners Fund Solutions, agreed that the market was more competitive, he felt that it was only in terms of the number of competitors.

“The level of competition hasn’t increased as much as people think – the ratio of volume to dry powder is still less than two times. The market has evolved but I don’t know that it’s terribly competitive – you can still pick a spot and take a great price,” he stated.

There was no doubt in anyone’s mind that innovation had driven the increasing popularity of the secondaries market, with players now specialising in specific sectors and geographies or specific durations, structures or assets. But navigating the high price environment across the board remained a key challenge for everyone.

“You’ve got to be better at figuring out which assets are worth the high prices, because they’re not all worth it,” argued Laura.

Deal sourcing in this environment mostly came down to the strength of existing relationships, according to the panel. And, with a sell cycle that can be anything from one month to five years’ long, building those relationships over a long period of time was crucial.

While proprietary deals were still a large component of the market, this was less so than previously. In fact, Laura said that proprietary deals could be more difficult: “You have to justify the price you turn up with,” she said.

GP-led transactions – are they here to stay?

According to Greenhill, GP-led transactions accounted for $6.5 billion of volume in the first half of 2018. With a significant deal pipeline, they expected this to rise to around $20 billion by the end of the year. Did panel members think that this trend was here to stay?

“Yes,” argued Laura. “GPs have embraced the secondary market as a solution for their LPs, which has given it a stamp of approval.”

With this kind of evolution in the market, Laura expected it to reach just under $100 billion in the next five years. “We’re most excited about the huge number of assets that have been in funds for a very long time, we’re talking 10 years or more,” she said. “Those assets need solutions, they can’t stay there forever.”

Verdun is even more optimistic and expected volumes to exceed $100 billion, on the back of impatient LPs wanting to “get their money back and move on”.

In the next session, the panel was asked to consider how an increasingly competitive market affected their risk/return profiles.

“We think about what we should pay and what we need to pay and, depending on the level of competition, those lines start to cross at some point,” explained David Atterbury, Managing Director at HarbourVest Partners.

Gabriel Mollerberg, Managing Director at Goldman Sachs, said that there was much more available information on assets these days, which affected how you looked at pricing: “With that increased knowledge, maybe your conviction increases a bit and maybe you price it a bit tighter as a result,” he suggested.

For Andrew Hawkins, Senior Managing Director at Intermediate Capital Group, unearthing returns meant going back to basics and buying value: “I think the risk return equation for us is really digging in and looking at governance and doing diligence. Frankly it’s like doing a buy out for each underlying asset. There is a huge volume of untransacted deals, so you can pick your spots and find value.”

When it came to sourcing deals, the majority of the panel agreed that the history and profile of the GP came first, assets second. David added that this didn’t mean that there had to be a brand-name GP – “ultimately you are backing individuals”, he said.

But Andrew countered this view: “What we’re looking for is an alignment of the GP with the capital, who can put it to work and deliver great value in that transaction.”

But what about the LPs' point of view?

“One of the things that the whole industry has to focus on is making sure that these transactions are attractive and fair,” said Andrew.

“That’s hugely important,” agreed Gabriel, “especially if you want this market to stay as it is. The last thing anyone wants is GPs getting bad press and a lot of upset LPs. In order to have a sustainable market it needs to be win-win.”

As mainstream secondaries see an increasing use of leverage and concentrated deals, how should investors measure the relative risk? That was the tricky subject tackled by the morning’s third panel.

While the risk level on leverage was increasing, it wasn’t for the obvious reason, argued Andre Aubert, Partner and Co-Head of PE Secondaries, LGT Capital Partners: “It’s not the increasing use of leverage in itself that is the problem. It’s the fact that, for the first time in decades LIBOR is going up and nobody has tested how those long-term transactions behave when interest levels go up. It’s going to be very hard to sell businesses at the same multiples that we are used to.”

Matt Jones, Partner at Pantheon agreed, saying that interest rate risk was something they spent a lot of time thinking about. Their solution was to look at the underlying company, and its ability to bear the financial costs across all levels. In addition, they hedged fx borrowing in Euros, thus escaping some of the increased costs.

Nik Morandi, Senior Principal, Funds, Secondaries & Co-Investments at CPPIB sought to be more reassuring, arguing that banks had been a lot more disciplined in lending to the secondary market.

Matt also made a very interesting point, that some of the risk factors were beyond what the balance sheet could tell you: “It’s easy to look at underlying debt levels but people don’t take into account how management acts – are they foregoing R&D and capex – the things required to grow? he asked. It’s hard to see that just from the figures.”

The increasing number of concentrated deals was also a concern to the panel.

Andre said that, in an era of rising interest rates and a rising dollar, he was surprised to see others loading up portfolios with concentrated geographies, particularly emerging markets: “You only have to look at the past to see how emerging market currencies have been cut in half.”

Matt added that it was impossible in some of these investments to hedge in an affordable manner, so they demand a much higher hurdle to take part.

Another question the panel chewed over was whether they were being adequately compensated for the compression in returns brought about by an increasingly competitive market.

Nik argued that the industry had matured quicker than the buyout space and returns had fallen faster. His biggest concern was the risk inherent in seeking some sort of compensation through strategy drift: “You won’t fully understand the risks,” he argued.

Ultimately, navigating the market today required being a lot more selective, stated Matt: “Pick your spots more carefully, be confident of a valuation cushion. It all comes down to whether you understand what you’re buying.”