Trustees: To Be Or Not To Be “Momentous” – Trustee Court Applications In Guernsey 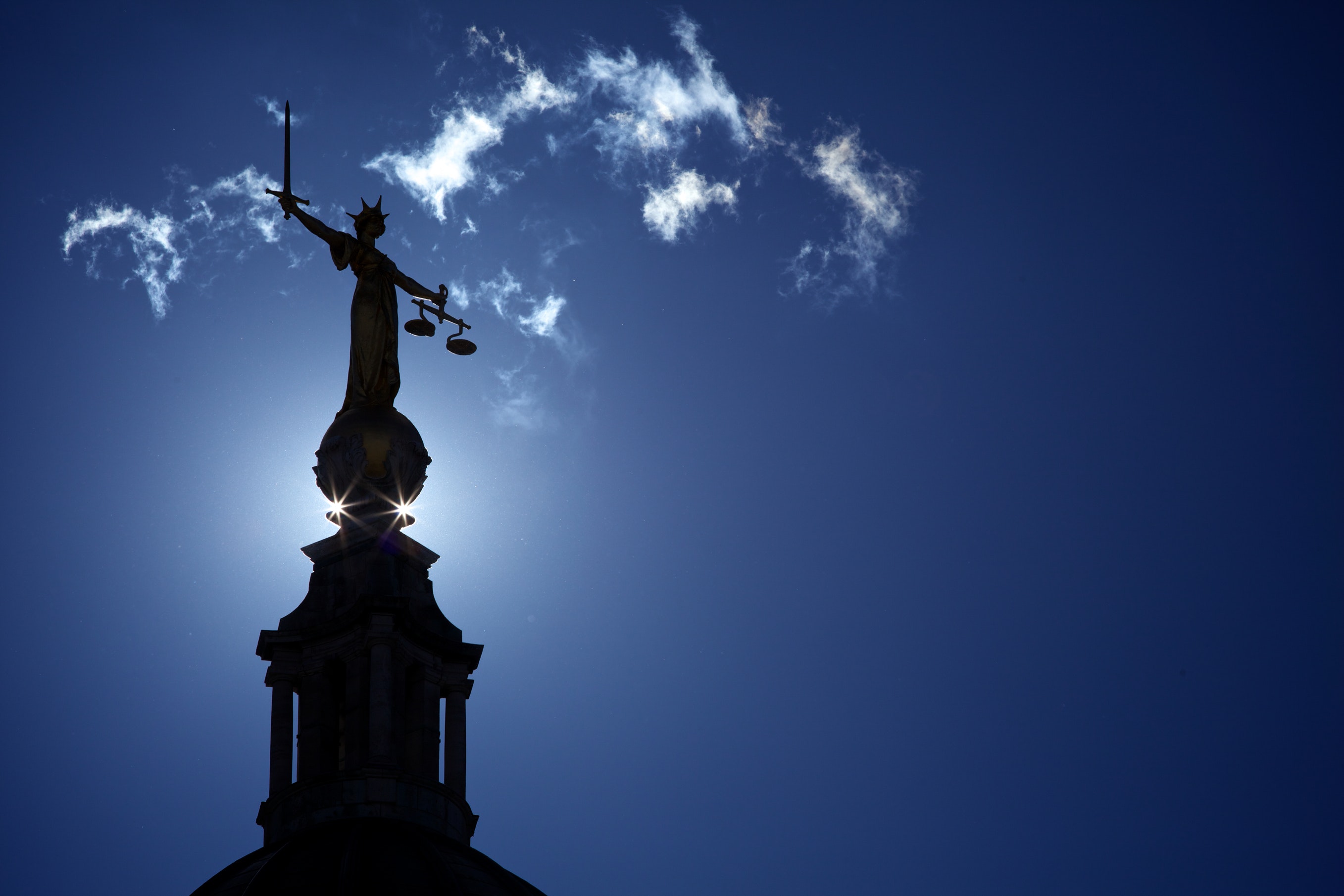 As a trustee, the issue of whether a particular decision is “momentous” is often clear, as is the need to apply to court for its blessing of that decision. However, there are many circumstances where the position is less clear, or where there are complicating factors which make the decision more complex.

The Royal Court of Guernsey has given a very useful and succinct summary of the applicable law when a trustee is considering whether to seek the court’s blessing of a “momentous” decision.

The Court’s anonymised judgment in the matter of the LKM Discretionary Trust (“LKM”) (which was heard in camera) will be of great benefit to trustees and practitioners alike. The decision draws assistance from the most recent authorities in Guernsey, Jersey and England and Wales in order to set out a clear summary of the law in this area. It illustrates the applicable test and highlights the importance of careful and reasoned decision-making by trustees.

In LKM, the Trustee was asked to make a substantial distribution from trust assets to enable a beneficiary to satisfy the terms of a deferred prosecution agreement and a Settlement Agreement, both of which the Beneficiary had negotiated with foreign authorities in order to resolve certain proceedings and investigations brought against him.

The LKM Discretionary Trust was established under Guernsey law as a conventional discretionary trust. The original class of beneficiaries included the Beneficiary, the Beneficiary’s wife, their daughters and any other person added to the class. By a subsequent appointment, a sub-fund was created for the principal benefit of the Beneficiary and the Daughters (the “Main Fund”).

The terms of the Trust conferred broad powers upon the Trustee. These included the power to raise any assets out of the Main Fund and to apply them for the benefit of any Main Fund beneficiary. Moreover, the Trustee was entitled to exercise its powers in an unfettered manner (save for its inherent fiduciary obligations) and could ignore entirely the interest of any other beneficiary of the Main Fund.

The Request and the Trustee’s Decision

The Beneficiary therefore asked the Trustee to make the distribution on the basis that the Beneficiary did not have independent means to satisfy the payment due under the deferred prosecution agreement.

One of the key features of a deferred prosecution agreement is that it enables an agreement to be reached between the prosecuting body and the accused so that the specified criminal proceedings are deferred, pending satisfaction of the terms of the agreement. Conditions are imposed (such as the payment of a lump sum and a requirement for the accused not to be arrested or charged for a certain period), and provided those conditions are satisfactorily adhered to, the criminal proceedings are then discontinued. If there is a breach of the conditions, then frequently the whole agreement will fall away and the criminal (and/or civil) proceedings will continue.

The Trustee in LKM therefore had to consider whether to make the distribution in those circumstances.

The Trustee was completely satisfied that it had the requisite powers to make the distribution for the benefit of the Beneficiary under the terms of the Trust; however, the Trustee recognised that its decision to proceed with the payment was one that might be considered as “particularly momentous” in the circumstances.

As part of its deliberations, the Trustee identified that real benefit could accrue not only to the Beneficiary but also to the remaining beneficiaries of the Trust. For instance, the Trustee highlighted the direct benefit to the Beneficiary of being permitted to travel, no longer facing on-going litigation with its ensuing costs and resuming a regular home-life. The Trustee also considered the collateral benefits to the family in that the daughters would be able to see their father on a more regular basis and the family’s domestic circumstances would be improved; there may be a return to the family home and improved educational facilities for the daughters. Moreover, the Trustee was mindful that the making of the distribution was likely to benefit the Trust more widely, as it would enable the Trustee to access funds to manage and maintain the real estate within the Trust.

In contrast to the evident benefits of making the distribution, the Trustee was circumspect vis-à-vis the distribution in that it represented a significant sum and a substantial proportion of the liquid assets of the Main Fund. It also had to consider the Beneficiary’s need to satisfy the terms of the deferred prosecution agreement. Accordingly, the Trustee made an in-principle decision to make the distribution, subject to an application to the Court for its blessing in order to protect the Trust from future claims.

The Trustee’s decision was set out in very full and considered minutes, which charted in detail the Trustee’s thought process and the factors it took into consideration in reaching its decision. The Court noted the detail provided by the Trustee, which undoubtedly assisted in terms of persuading the Court that the Trustee had given the matter due consideration.

The Trustee’s application fell squarely into “category two” of the categories set out in Public Trustee v Cooper and the Court confirmed its jurisdiction to entertain such claims was well established.

The Court was also satisfied that the Trustee had not surrendered its discretion to the Court and that the decision to make the distribution could be properly regarded as “momentous”.

When assessing the “momentous” nature of the decision, the Court was referred to various authorities including Kan v HSBC International Trustee Limited [2015] JCA 109, a Jersey case in which Bompas JA referred to a momentous decision as being “a decision of real importance for the trust” and Re F [32/2013], a Guernsey case in which Martin JA effectively inverted the test and stated that if “…the court considers that the trustees’ decision is of insufficient moment, it may refuse to entertain the application…”.

However, in LKM, the Court was careful not to prescribe a rigid set of requirements that would be necessary to illustrate that a decision was of sufficient moment. It underlined that all “category two” applications are largely fact-sensitive. The refusal of the Court to set out any form of prescriptive formula is to be welcomed. Whilst some guidance can be elicited from the authorities in terms of the broad circumstances in which a trustee has ascribed the label “momentous” to a decision, the context will be very different in each individual case.

After considering a number of Guernsey authorities (including the very recent case of A (as Trustee of the Trust) and R1, R2, R3, R4 and R5 [25/2016] in which the Royal Court approved the distribution of assets which was opposed by one beneficiary), the Court set out the applicable test that it was required to address before approving a momentous decision:

a) Did the Trustee have the power under the terms of the trust instrument, the instrument of appointment and the Trusts (Guernsey) Law, 2007 to make the ‘momentous decision’ of making the distribution?;

b) Was the Court satisfied that the Trustee had formed the opinion to do so in good faith ad that it was desirable and proper for it to make the decision?

c) Was the Court satisfied that the opinion formed by the Trustee was one which a reasonable trustee in its position properly instructed and informed could have arrive at?

d) Was the Court satisfied that the opinion arrived at by the Trustee had not been vitiated by any actual or potential conflict of interests which either had or might have affected its decision?

Further, in considering questions (b), (c) and (d) the Court noted that it should exercise caution, it should not act as a rubber stamp, and it should not take a lax approach.

Taking each point of the Test in turn, the Court was satisfied that:

Accordingly, the Court decided to approve the Trustee’s decision to make the distribution.

LKM demonstrates that it is important for the trustee to put sufficient and detailed evidence before the Court to demonstrate that it has considered the pertinent matters in detail and made evidence-based decisions. This will help to persuade the court to overcome any caution it may have and answer any questions which may arise, particularly as each case is determined on its own facts.

The importance of full and rational minutes of trustee meetings (or written resolutions made at the time the relevant momentous decision was made) cannot be overemphasised. The trustee’s decision and reasons for it should be documented comprehensively and clearly, in a manner which demonstrates that the trustee has noted the background, has set out its deliberations and has resolved to make the “momentous” decision.

The judgment in LKM provides a welcome summary of the relevant law, helpful guidance as to how to approach such applications and sheds light on the likely approach of the Court when dealing with “momentous” decisions. The Royal Court of Jersey would approach an equivalent application in much the same way. Whilst trustees will on occasion still need to think carefully as to how to approach particular decisions, the guidance set out here will doubtless assist them in that process. It is also a welcome reminder that the Court will take a pragmatic approach when recognising the dilemmas that trustees face in their daily role.