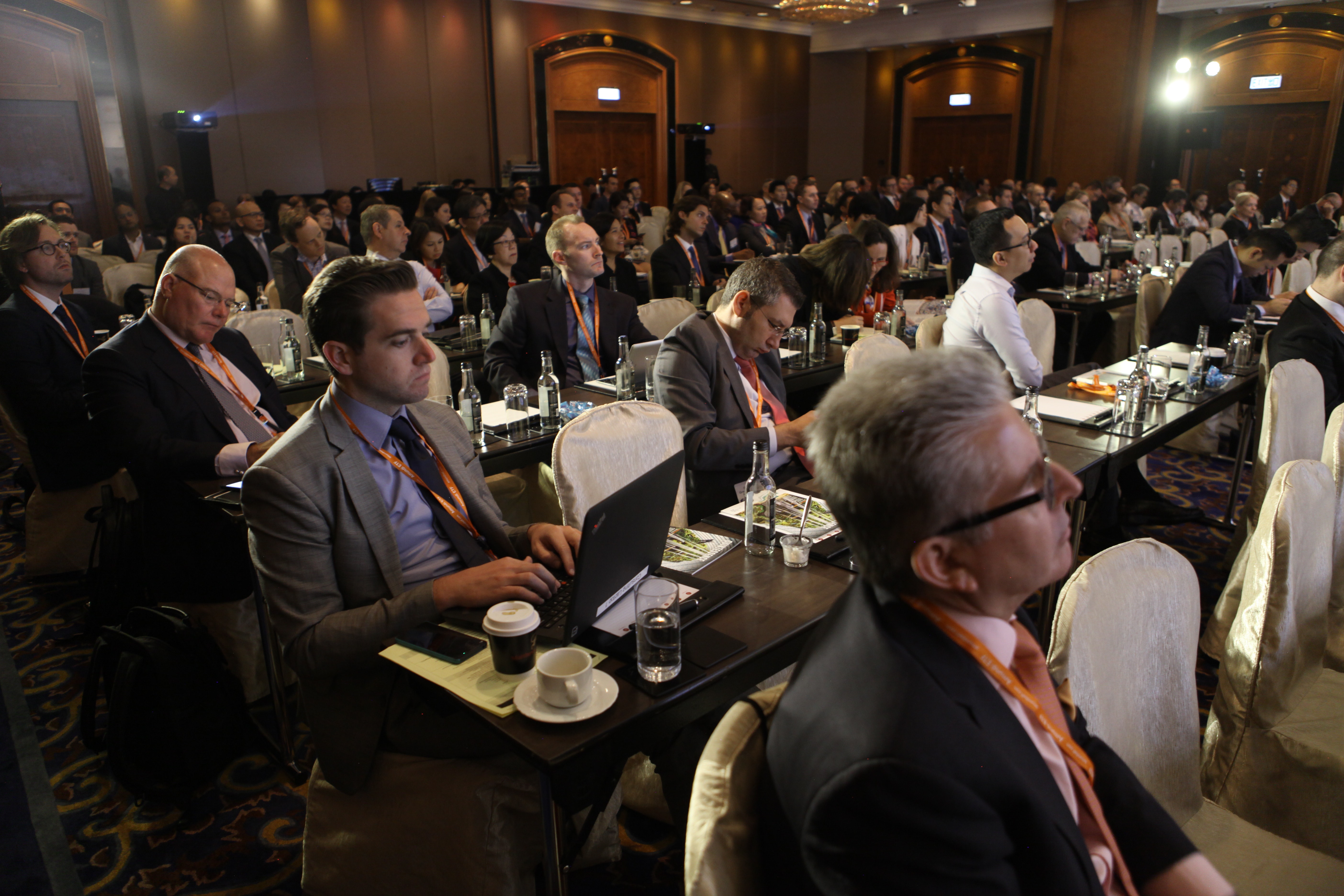 As the Chinese economy evolves and matures, the market opportunities are constantly shifting. This session looked at the emerging prospects and key policy developments that will shape the investment environment in the years to come.

Miller Guo, CEO, GF International Asset Management said few investors could afford to ignore China. “It is the second largest stock market in the world and if you are investing globally it is unwise to ignore such a big market. China offers really decent return opportunities. Access is going to be increasingly less of an issue.”

But Miller admitted there was a knowledge gap for many new to the market. “Because historically, international investors have not been following the market because of capital control, I think there’s a huge lack of education, a huge lack of knowledge, especially for those investors not based in Asia. There’s a lot of education to be done to get European investors more familiar with the Chinese market.”

Jonathan Ha, CEO, Red Pulse, highlighted green investment as an area of huge growth. “This isn’t just window dressing. This isn’t just a result of political machinations. We actually heard from PBOC early last week that they’re looking to invest no less than $600 billion a year related to green investment over 5 years. That’s a total of $3 trillion. That’s quite a lot, not just a drop in the bucket and it’s a major driving force in where the government is going to be spending its capital.”

Francois Perrin, Portfolio Manager, Greater China, East Capital also thought this was an important sector. “Green investment is something very attractive when you look at Chinese opportunities. If you consider that China, these days, represents 50% of worldwide investment in clean and green energy, if you are managing a clean-tech company globally you cannot be outside of China. And it’s not via exposure in Hong Kong that you will be able to join the boom in clean energy. It’s really via onshore investment that you can see that type of opportunity.”

Paul So, Head of Index Funds, Asia, Legal and General Investment Management Asia, talked about the prospect of global index providers including Asia in the standard indices. “I think that in the coming year, the likelihood of including them will increase. For MSCI the timeline for review started in March and the result will be announced in June. If it does decide to include, the implementation would be the following May. For the FTSE the review will start in September with potential inclusion next March.”

Paul noted that currently a lot of foreign pension funds have very small assets invested in Asia because many follow the standard indices. Asia’s inclusion in the indices would help to change this situation, encouraging such ‘sticky’ assets which, in turn, would help promote market stability and lower volatility.

Christopher Gunns, China Exponent, told the session that the Chinese regulators deserved credit for the way they had transformed the market so far. “Dragging a capital market like China from behind the bamboo curtain to an almost open market now in a relatively short space of time is something noteworthy and they’ve done an amazing job of that.”

“I think the reality is, though, that China’s regulators still aren’t experienced enough and China’s circuit breaker fiasco in the stock market was an example of that. But I’m a long-term optimist on China. I hope the efforts to open up the Chinese market are accelerated because you can’t keep a market this size behind a closed door for too much longer.”

Miller Guo echoed this sentiment. “There’s huge demand for Chinese capital to invest overseas but due to various restriction very few of them have the chance to actually invest.”

Miller went on to talk about the importance of RMB internationalisation. “London is becoming a trading hub for RMB but the issue at the moment is that a lot of RMB flows do not stay in London. Increasing the number of investment products for RMB would see more and more of this flow staying in London and more international usage of the currency. For a rational investor they need to earn decent returns for holding that currency, especially for a new currency like the RMB.”