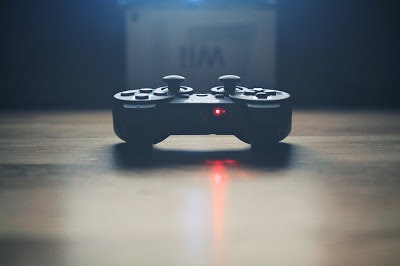 There is no shortage of advice and information on how to find pain points as an inspiration for innovation.[1]  The problem, however, is that most innovators aim to solve the problems rather than changing the game entirely.

Compensation is an age-old issue, and there are increasing numbers of HR professionals tearing out their hair trying to figure out how to evaluate and reward employees in a fair and reasonable fashion.  Having surveyed the field, JoVE co-founder Nikita Bernstein realized that it would be better to change the compensation system rather than figure out a way to make existing ones work.  Enter FairSetup, which Bernstein founded with Yiqiao Tang and Diana Tsu, and which is currently incubating in the Harvard Innovation Lab.

Instead of treating compensation as just doing work and getting paid for it, Bernstein and his colleagues at FairSetup devised a system through which compensation can be rigorously linked to both individual and team performance.  Specifically, they built an easy-to-deploy performance management solution, which calculates impact of every employee using a collaborative peer performance evaluation approach.  In the end, they came up with a system that is rooted in the ideas of impact, perception of fairness, and value of people's work, particularly with regard to how each individual contributes to the company's revenue.

As Bernstein noted when I interviewed him, there are several advantages to this, each of which notably changes the way a company works such that prior compensation-related pain points become irrelevant rather than just resolved:

1) Employees have "skin in the game," which is a motivator to be creative and innovative

2) There is alignment between employees' actions and the aims of the company, which increases job meaning, job engagement, and productivity (since employees are incentivized to take actions that produce valuable outcomes in both the short-term and long-term) -- employees feel like partners in the company rather than grunts.

3) Evaluations are peer-based and collaborative and expectation-based, which in turn increases task-clarity, accountability, and autonomy

5) The FairSetup system is adaptable to the needs of any company, from the three-person startup to the international giant[3]

6) The system is transparent and understandable

The major game-changer here is the change in perception of "equity/ownership."  As Bernstein explains:

Equity is a proxy for cash.  If someone takes equity, they take all the risk, which is generally appropriate for startups.  If someone takes cash, then the risk is assumed by the company - moreover, if someone is paid their market rate, which they can get anywhere else, the incentive to do an amazing job isn't there.  Our approach turns employees into partners in an organization of any size by transparently linking their compensation to their impact and company performance.  This, in effect, is a new form of equity ' ownership over one's impact.

As such, FairSetup is both a game-changer that exemplifies how to innovate, and also suggests several ways to incentivize innovation.

Which problems can your company transcend?

Orin's Asides
1) See Adrian Slywotzky's book Demand.
2) Perhaps a more concrete and realistic idea than going "bossless."
3) Bernstein listed a stunning array of options when I spoke with him and asked him about various contingencies -- this system really can handle any kind of company or compensation strategy.

ABOUT THE AUTHOR
Orin C. Davis is the first person to earn a doctorate in positive psychology. His research focuses on flow, creativity, hypnosis, and mentoring, and it spans both the workplace and daily life. He is the principal investigator of the Quality of Life Laboratory and a freelance consultant who helps companies maximize their human capital and become better places to work.