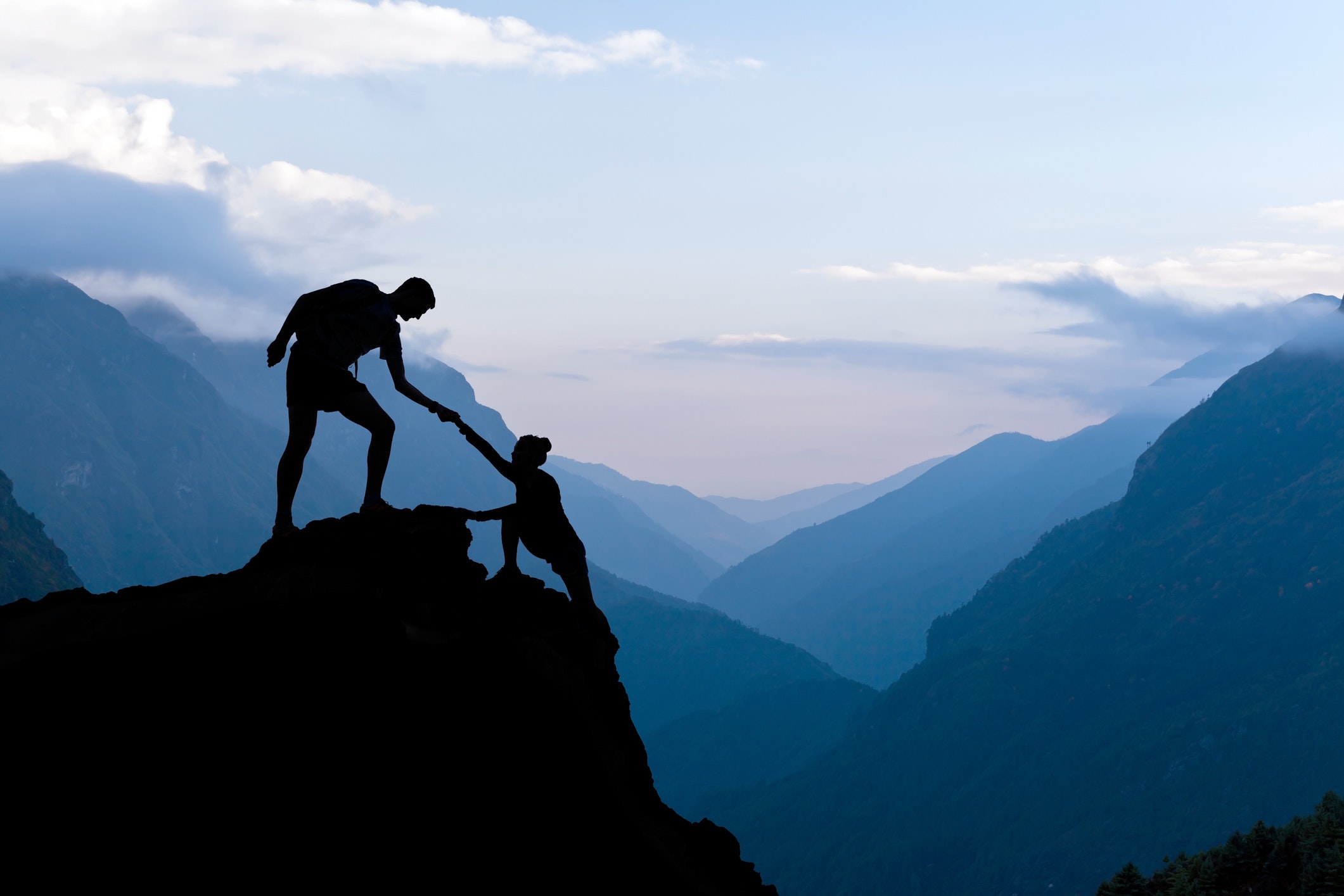 RE THE Y TRUST AND THE Z TRUST - ROYAL COURT OF JERSEY, 30 JUNE 2017 (WILLIAM BAILHACHE, BAILIFF, AND JURATS PITMAN AND CHRISTENSEN)

The Royal Court of Jersey has recently approved (on behalf of minor, unborn and unascertained beneficiaries) variations of two trusts established by a late Settlor whereby the beneficial class of each trust was to be widened beyond the parameters that the Settlor had set out during his lifetime.

In considering the application, the Court made observations about the relevance of the Settlor’s firmly held views to the Court’s discretion to approve the variation, and also addressed potential issues of public policy.

The trusts were two of a number of trusts settled by the Settlor directly or indirectly for the benefit of his family, with very substantial value. The Settlor had died a number of years before the application and had a large family.

The beneficiaries of the trusts were originally defined restrictively so as to include issue born as the legitimate child of their father and mother and those subsequently legitimated by the marriage of their father and mother, children of unmarried heterosexual relationships of at least two years’ duration at the date of birth, and (in certain cases) adopted children of otherwise childless heterosexual married couples.

Children of homosexual relationships were outside the beneficial class, whether their parents were married, in a civil partnership or otherwise.

After the Settlor’s death, the majority of the trusts he had settled had been varied using powers available to the trustees so as to widen the class of beneficiaries to encompass the excluded family members. The evidence showed that the adult beneficiaries had engaged in mature and careful dialogue to establish a consensus on the beneficial class which would allow the family members excluded by the Settlor’s definition to become beneficiaries. The revised definition provided for equal recognition of the issue of same sex relationships, general recognition of illegitimate children and potential for their inclusion as beneficiaries (subject to certain safeguards), and relaxation of the criteria for adopted children to qualify as beneficiaries.

However, the Y Trust and the Z Trust contained no powers allowing the trustees to make the equivalent changes to the beneficial class.

Accordingly, the adult beneficiaries (all of whom had assented to the proposed variation) applied under Article 47(1) of the Trusts (Jersey) Law 1984 for an order approving the proposed variation on behalf of the minor, unborn and unascertained beneficiaries of the trusts. Under that provision, the Court is able to approve a variation if it is for the benefit of the persons on whose behalf the approval is to be given.

Previous Jersey authority had established that in assessing whether the variation was for a person’s benefit, “benefit” is not to be narrowly construed or restricted to financial benefit. The present application was unusual as the benefit arising from the variation was not a tax benefit (most cases that come before the Courts in Jersey and abroad concern mitigation of tax – the Courts approve such variations without any suggestion that doing so is contrary to public policy).

The Court referred to two English cases, Goulding v James [1997] 2 All ER 239 and Pemberton v Pemberton [2016] EWHC 2345 (Ch) from which the Court was satisfied that the wishes of the Settlor, even though they were firm and clear during his lifetime, did not provide a reason for the Court to withhold its approval of the variation. The role of the Court is not to stand in for the Settlor to represent his wishes – the Settlor’s wishes are relevant only where they bear on whether the proposed variation is beneficial to those for whom the Court is to supply approval.

An example of a case where the settlor’s views might be relevant is where protective trusts were created to prevent a spendthrift beneficiary from accessing and squandering capital. In such a case the settlor’s reasons might explain why the Court should withhold approval to a variation which allowed the beneficiary to access capital. No such considerations applied in the instant case.

The Court also addressed whether considerations of public policy, in particular the potential desirability of providing assurance to settlors that the terms of the trusts they declare will be enforced by the Courts in Jersey, mitigated against the conclusion that the Court had reached. Such assurance could be anticipated to be beneficial in the promotion of Jersey trusts to putative settlors and therefore to Jersey’s financial services industry as a whole. The Court recognised that such considerations might be relevant to its discretion, while reminding itself that public policy is an unruly horse.

However, the Court considered there were compelling reasons why approval of the proposed variation in this case was not contrary to public policy.

Firstly, policy follows the law – in this case Article 47(1) of the Trusts (Jersey) Law 1984 allows the Court to approve on behalf of minor, unborn and unascertained beneficiaries modification of the trusts that the settlor has declared in particular circumstances. Although the settlor (if alive) would likely be convened to an application to vary protective trusts so that he can make observations, his views would only be relevant to the extent that they addressed the benefit (or absence of benefit) of an arrangement to the beneficiaries on whose behalf the Court is asked to give approval.

Secondly, there were considerations of contemporary public policy which weighed in favour of the approving the variation, namely the acceptance and provision for homosexual relationships and illegitimate children in Jersey law, including legislation for civil partnerships, the adoption of the Human Rights (Jersey) Law 2000 and the Discrimination (Jersey) Law 2013. In the case of illegitimate children, rights of succession to the assets of their parents and wider family members were recognised in 2010 by amendment to the Wills and Succession (Jersey) Law 1993.

The Court considered that the policy of tolerance and acceptance of the rights of others to live lives as they see fit outweighed any contrary public policy that might be founded upon upholding the wishes of settlors in the face of a variation sought by beneficiaries. In reaching this view, the Court recognised that there may be occasions where the cultural and religious norms of the beneficiaries might be relevant to the Court’s assessment of benefit to minor, unborn and unascertained beneficiaries.

The Court reminded itself it was concerned with the benefit to the minor, unborn and unascertained beneficiaries who fell within the beneficial class as defined prior to variation; any benefit to the persons who were currently excluded was irrelevant.

The significant wealth in the two trusts meant that any dilution of the interests of the beneficiaries would be insignificant. Accordingly, financial considerations were not material.

The Court accepted that maintaining family harmony through the acceptance into the beneficial class of the wider class of family members proposed was of significant benefit to the minor, unborn and unascertained beneficiaries. Further, they might themselves have children in the future who could fall outside of the restrictive definition of beneficiaries under the trusts as they stood prior to variation. It was in the interests of the minor, unborn and unascertained beneficiaries that their future children should be able to benefit in such circumstances. The Court approved the variation to the classes of beneficiaries of the Y Trust and the Z Trust accordingly.

The Court also approved two other variations, including to add a further charitable beneficiary to the Y Trust. The board of that charity was comprised of members of the family, creating the positive advantage of connecting the family directly with the philanthropic efforts conducted in their names. The Court accepted that the efficient administration of charitable giving and the close involvement of the family with charity was for the benefit of the beneficiaries, including the minor, unborn and unascertained beneficiaries.

Andreas Kistler acted as Guardian ad litem for the minor beneficiaries in this case.