What can we expect in 2019? From the economist to the private equity players 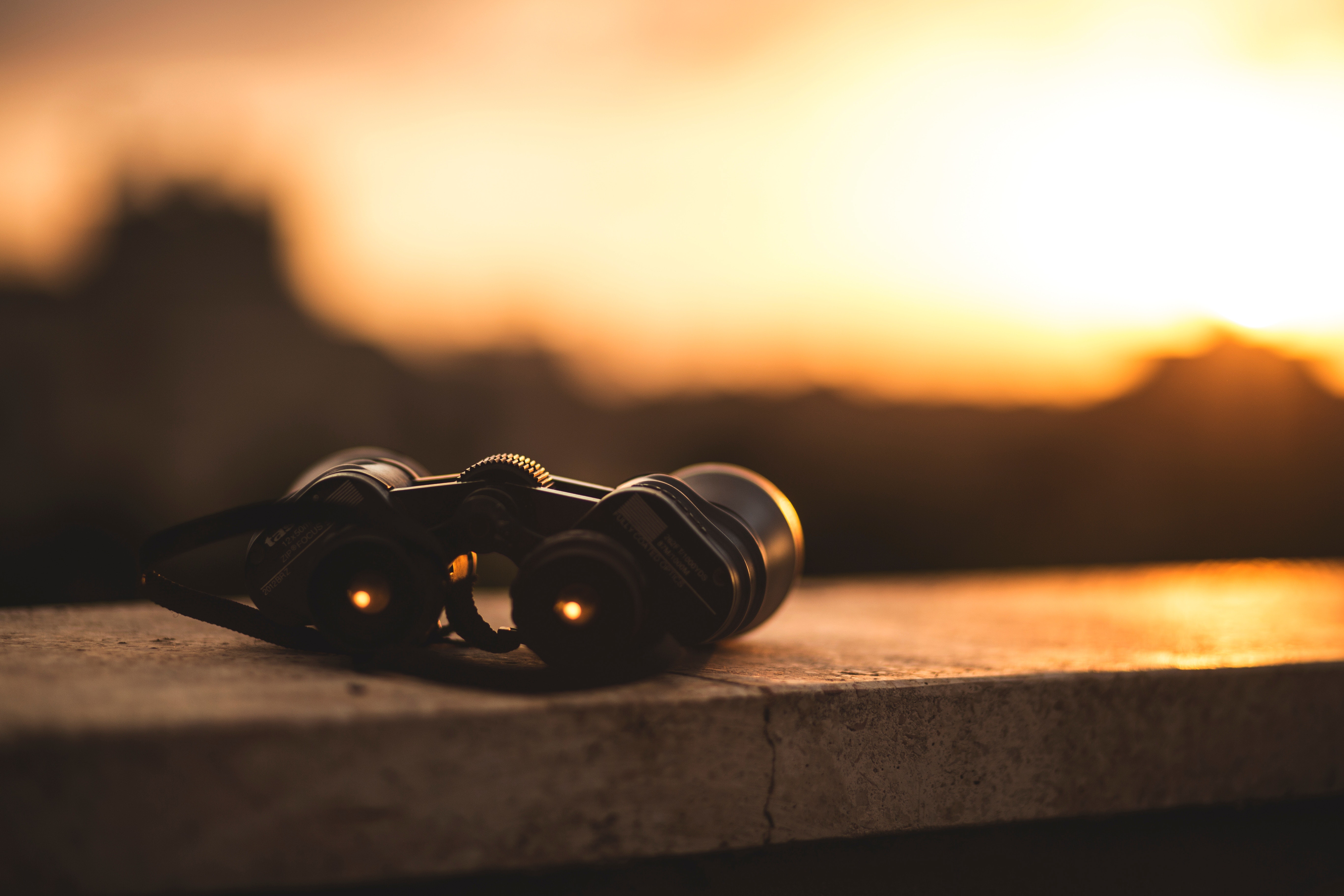 The geo-economic issues that investors need to keep an eye on haven’t changed much in the last couple of years. America First, Brexit, China’s re-balancing, and a slowdown in global economic growth, all continue to dominate the agenda at financial conferences.

We hear from leading figures in economics and the big names in the private equity industry, with interviews featuring:

In the medium term, there are reasons to be positive, according to Linda Yueh, economist, broadcaster and fellow in Economics at Oxford University, who delivered her global economic outlook.

“Global GDP growth probably peaked this year,” stated Linda. “China and the US are at the end of their cycles, advanced economies are continuing to normalise their monetary policies and fiscal stimulus is now petering out,” stated Linda.

As a result, companies were going to have to start really thinking in terms of operating in a downturn. 2019 would only bring increasing geopolitical uncertainty, particularly in the form of trade tensions.

The IMF estimates that ongoing trade tension will dampen global economic growth to 3.7%, down from 3.9%. Even more worryingly, if the US/China trade tensions escalate into a full blow trade war, it could cut 1.9% off global growth, according to the WTO.

One of the key impacts of trade war tariffs would be on supply chains, explained Linda. Changes made to them as a result of economic necessity would not be easily reversed, even if the Tweeting President changed his mind.

While the US had some strong growth prospects – its companies were still among the most innovative, unemployment was low, and wage growth steady – a lot of the much-lauded growth in manufacturing was actually based in one sector, technology.

In Europe, protectionist policies threatened to further dampen prospects for growth. “Often the first response of politicians in the face of a weaker economy is protectionism, which really doesn’t help,” said Linda.

Meanwhile, the key question for China was whether it could convert its growth story into longer term prosperity. “It’s on the cusp of becoming an upper-middle income country, but not if the economy slows down too much, and not if it doesn’t focus on improving the quality of its higher education and supporting innovation,” she said.

Linda was a lot more optimistic about medium and longer term prospects. Much of this sentiment hinged on the explosion of the global middle class. By 2030, more than half of the global population will be in this bracket.

The middle class consumes services, and this represented a huge opportunity for trade and for those companies that positioned themselves to capitalise on it. “Emerging economies already account for a bigger part of global GDP than ever before,” explained Linda. “This change came about in 2008, and it’s a growing trend, driven by the massive reduction in global poverty.”

Looking ahead, Linda left us with some questions to chew over. For instance, if another currency were to overtake the dollar as the global reserve currency, how would we ensure an orderly transition? Who will lead the world in terms of trade liberalisation? And how do we help the losers of globalisation?

One thing Linda was certain about, despite increasing nationalist and protectionist sentiment, globalisation could not be rolled back: “Think about the last time you bought something online, did you check where it was made or where it was coming from? E-commerce now accounts for one in eight transactions across borders. We are globally interconnected, and that’s not likely to change.”

What does this mean for private equity?

Seasoned private equity professionals have already lived through the fall of the Asian tiger, the Russian financial crisis, the dot-com bubble and the great financial crisis, so it was fair to say that they were fairly circumspect when it came to discussing the macro environment that Linda had presented during the State of the Union panel.

Thomas von Koch, Managing Partner and CEO at EQT Partners, kicked off the morning’s panel session by reminding us that private equity was a business that was “always open”. There was only ever one question to consider: what to invest in.

“We are a big fan of telecoms at the moment, it’s a great place to deploy money,” he stated. “Capacity and broadband is a key focus around the world and tonnes of money is needed to enable it to happen. The demand is unaffected by the business cycle.” Other areas of interest included healthcare and healthcare IT, but they were avoiding industrials, particularly those exposed to China.

Industry giant David Rubenstein, Co-Founder & Co-Executive Chairman of The Carlyle Group, agreed that healthcare was a key focus, thanks to baby boomers now reaching their mid-60s and emerging markets reaching levels of income where they could afford better healthcare.

E-sports was also on his radar, though he confessed to “still getting his head around it”. For the uninitiated, e-sports comprises superstar gamers who compete on video games with a live audience. Many millions more watch the competitions online. “You are going to see a gaming revolution,” said David. “It’s amazing how much time people are spending on these things.”

His third area of interest was around global warming, because “it is happening”, and the various opportunities that this would present, such as shipping capabilities in the Arctic.

Philipp Freise, Head of the Technology, Media & Telecommunications at KKR – who, like David, was also investing in gaming – noted that 70% of the outperformance of US stocks was down to tech, and there were “magnificent opportunities in Europe in TMT”.

One of the most important changes that had taken place in private equity in the last few years, said David, was the idea that technology was something they could get involved in: “We’re spending a lot of money on tech and tech-related buyouts, and there’s a new willingness on the part of buyout firms to do minority stakes.”

Whether or not we were at the end of the cycle is a question that has repeatedly raised its head in the last three to four SuperInvestors. This year was no different.

“There is no doubt that the party is coming to an end,” asserted Philipp. “After ten years of low interest rates, all asset classes are going to see a correction as a result of normalising rates. In many ways, we welcome it.”

Private equity was not immune to the laws of gravity, conceded David, but they weren’t as fearful as public markets. “The lesson we took away from the last recession is that if you hold onto the assets, eventually the world will come back,” he explained. The industry had enough capital to be able to take advantage of buying opportunities in the downturn.

Commenting on changes in the industry, Gabriel said that IPOs used to be a real competitor to growth investors, but that was no longer the case. “Now I rarely see an entrepreneur get excited by going public,” he said. Instead, growth investors were finding companies early and building relationships with entrepreneurs.

Part of the reason private equity was more popular among start-ups was the huge changes it had undergone in economies of scale. “Ten or 15 years ago, smaller was better, but now scale has become more important and firms are being looked at in terms of capability,” he explained. “European deals are now global deals – they will want to get into the US or China and they’ll be looking to you to help them get there.”

Among the key risks to consider going forward were ongoing global economic uncertainty, reputation and regulation. The industry has long outperformed public market averages by at least 300 basis points, argued David, but if the downturn meant a decrease in that margin, it would really hurt the industry.

A decade after being branded "locusts", the reputation of the industry was solid, and it was now accepted as an important part of the financial marketplace. However, cautioned David, “if something bad happens to a large number of buyouts, or if firms or individuals do something not acceptable, it could take us back to square one.” And if that were to happen, the industry could well face increased regulation.

“We all need a license to operate,” concluded Thomas von Koch, Managing Partner & CEO at EQT Partners. “And that license is what we leave behind.”

How private markets were viewed from an LP’s perspective, and how this impacted allocations, was the subject of the next panel.

The denominator effect was the key thing to watch out for at the moment, cautioned Michael Schad, Head of Investment Management at Coller Capital. “In the last financial crisis many LPs found themselves over-allocated in private equity,” he explained.

Peter Keehn, Global Head of Private Equity at AllState Investments, outlined how they ran a target allocation – but with some tolerance in order to absorb the way private markets lagged public market moves. “Sometimes you have to just acknowledge that you will have a temporary period of going over. Allowing the denominator effect to change your commitment pacing could do more harm than good.”

Peter admitted that the things investors had been worried about for the last three or four years were now a reality: “Slow global growth and interest rate rises are here now, and for the coming year I expect we will tilt a little around geographic allocation but more in style and individual manager selection. We will style towards those who are better downside performers.”

But ultimately the panel reached a similar conclusion to the GPs that had spoken before them: “More often than not if you stay in the game and hold on to the asset you will be ok.”