What does the secondary market look like today? An interview with Jeff Hammer 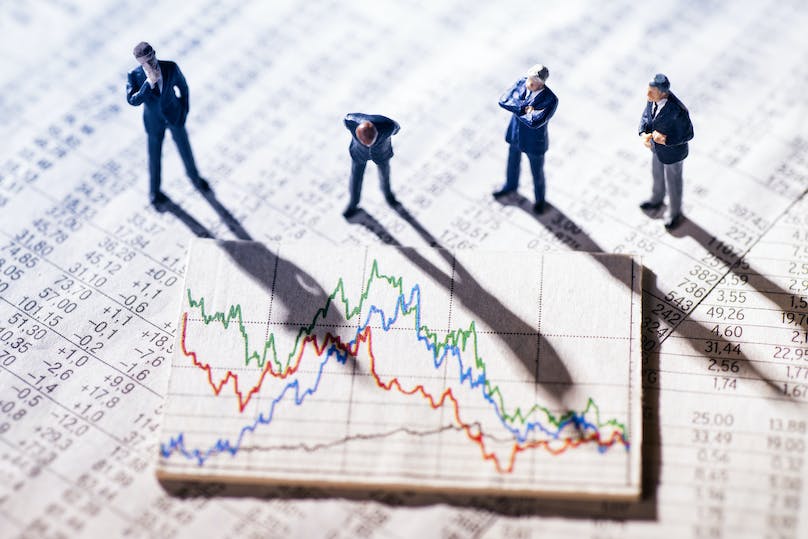 Jeff Hammer, Senior Managing Director and Global Co-Head of Secondaries at Manulife Investment Management, walks us through the evolution of the secondary market and shares his thoughts on new developments in the market from GP-led deals to expansion into private credit.

Watch the full interview here, or read the transcript below.

Q: When did you first become involved in the secondary market?

I first became involved in the secondary market in 1999. At the time, I had co-founded an asset management company that was using the secondary market to deliver a better version of a private equity fund-of-funds to high-net-worth, accredited investors. We were purchasing a portfolio of LP interests from a large institution into a fund structure and offering this fund to individual investors through broker-dealers, RIAs and private banks. It was through this exercise that I really began to understand the key value proposition of the secondary market – investment visibility, predictable cash flows, high IRRs, and attractive MOICs. We organized a few of these transactions and they were well-received by investors. But it was early days and they weren’t truly viewed as secondary transactions. Along the way we came upon a large portfolio of LP interests held by a reinsurance company. We didn’t have the capital to purchase it so we arranged for the sale of this portfolio to a large secondary investment firm, earning a solid fee on the trade. This was in 2001! The market was so small at this time. Transaction volume during the early 2000s was bumping around $1-2b level. That puts 2019’s $85bn in some perspective! What other markets have grown 80x in two decades?

Q: What has been your involvement in the secondary market since that time?

We sold our secondary asset management company to Bear Stearns Asset Management in 2004 and became the internal secondary unit of BSAM. We had a great run at BSAM, launching a variety of funds and products. Most notable was BSPEL, a closed-end fund that we listed on the London Stock Exchange. We used the proceeds of the IPO to fund the purchase of an LP interest portfolio from the Bear Stearns investment bank – a secondary trade. This investment strategy was quite successful as the funds we purchased produced strong, early investment returns. As a result, we were able to go on and close several follow-on offerings for BSPEL, which grew nicely over the years and even outlasted Bear Stearns itself.

After Bear collapsed into JPMorgan, my long-term business partner Paul Sanabria and I moved to Houlihan Lokey to form a secondary advisory business. Houlihan is a great firm and we enjoyed ourselves immensely there. In ten years at Houlihan Lokey, we engaged in a variety of secondary market liquidity transactions involving, of course private equity LP interests and GP-Led transactions, but also private credit portfolios, and a variety of esoteric assets.

In 2019, we left Houlihan Lokey to form the Secondaries investment unit at Manulife Investment Management where we have been investing exclusively in the GP-Led segment of the secondary market. As one of the largest insurers in North American, Manulife is a terrific platform for secondary investing. Having invested in private equity and private credit for decades, Manulife has a unique combination of regular deal flow, proprietary information and analysis, longstanding sponsor relationships, and a collaborative organizational profile. We think that this gives us a comparative advantage in sourcing and executing secondary market deal flow. We are committed to the secondary business and have built a New York-based team of 7 investment professionals since starting at the end of 2019.

Q: What does the secondary market look like today? Has the Pandemic made any changes to the market?

The secondary market today is a far cry from what it was two decades ago. In the early 2000s, deals were dramatically smaller, participants were noticeably fewer, and variety was not the spice of life in the secondary market – the sole reason it existed was to provide LPs with liquidity that became necessary because of some sort of stress. Frankly, the secondary market was viewed as a backwater. Most people did not know what it was and those who did tended to avoid it if they could. Sponsors viewed the secondary market as tainted by opportunistic vulture investors, not upstanding Limited Partners that were the bedrock of their business. Back then the only interaction a sponsor would have with the secondary market would be to reluctantly approve the transfer of an LP interest from an existing investor to an upstart secondary fund.

Today, this dynamic has been turned on its head. Not only did the purchase and sale of LP interests, both singularly and in a portfolio, become a legitimate tool for portfolio management, but transaction volumes absolutely boomed over the years, which attracted a whole host of new participants on the buyside and the sellside throughout the last two decades. In addition, starting slowly in 2012 and accelerating from 2015, sponsors began to actively solicit capital from the secondary market in what’s become known as GP-Led transactions.

Q: Has the GP-Led segment injected new growth into the overall secondary market?

GP-Led transactions have fundamentally changed the secondary market. These were originally fund restructurings and involved multiple assets. Over time they have become known as continuation vehicles and are used for successful portfolio investments, increasingly just one at a time. This is where it is easy to fall down the rabbit hole because those who haven’t followed the secondary market will wonder what is a continuation vehicle that holds only one asset. And why would a sponsor do this?

The short answer is that this allows the sponsor to extend ownership of a winning asset by pulling it out of an older fund and moving it into a new fund with a short time frame. This change of ownership is funded by secondary investors in a competitive process that takes the place of a M&A process or an IPO. The sponsor will of course one day seek to realize the asset, but in the meantime the sponsor retains control of the asset, sharing ownership with secondary investors who will see it through for an additional 3-5 years.

What’s particularly fascinating is the concern in the intermediary community over whether there is enough capital in the market to absorb the volume of GP-Led transactions. Secondary funds raised approximately $100bn of the $600bn raised for private funds in 2020. This is both the highest level ever raised by secondary funds as well as the largest percentage ever captured. Despite this surge in funding for secondaries, knowledgeable market participants assert the secondary market is still under-capitalized for GP-Led deals.

If this is true, who is going to step in and fund this growing deal flow? Will it be existing secondary firms raising more and larger funds? Multi-line asset managers turning to the private markets for growth? Financial institutions? Sponsors themselves? Based on anticipated volumes, this is the $64b question!

Q: How do you characterize the different types of transaction flow in the GP-Led segment of the secondary market?

The GP-Led market breaks into two distinct transaction segments: (1) “industrial strength” investments, which are broadly syndicated transactions of greater than $750m NAV and usually involve several lead investors and a large group of syndicate investors; and (2) “alpha-seeking” investments, which are club deals, usually less than $750m in NAV, and are typically led by one lead investor or a “club” of same-sized smaller investors. The first type of deal typically is underwritten in the range of 15-18% IRRs and 1.8-2.0x MOICs while the “alpha” transactions are expected to deliver 18-22% IRRs and 2.0 – 2.2x MOICs.

The “industrial strength” transactions typically involve strong sponsors and successful businesses with good management teams that are already performing at or above plan. The sponsor here is really seeking to lengthen its holding period of a business with already significant growth and earnings momentum. Secondary capital ends up being this “extension” capital, allowing the sponsor to push out the ultimate realization event by a few years. The path to this realization follows a steady and predictable trajectory.

“Alpha-seeking” transactions offer upside to the “industrial strength” transactions by taking positions in (1) younger growth companies with great prospects; (2) multi-asset pools with different paths to return generation; and (3) good assets locked in stressed situations. The sponsors here are also solid performers, but they are generally smaller and less experienced.

The combination of “industrial strength” and “alpha-seeking” investments makes the GP-Led segment one of the more interesting risk-return propositions in the private markets.

Q: What’s the next big thing in the secondary market?

The secondary market has long been characterized as a solution-oriented market. This reputation is rooted in the fact that achieving liquidity for private assets is not a straight-forward exercise. Private assets have historically been held in a variety of structures by investors with different needs and constraints. Solutions have had to be customized to achieve individual goals. This constant push for innovation by participants and service providers is ultimately what led to the now-robust GP-led market

This secondary market’s wiring for creativity is a strong foundation for its continued growth and the expansion of its footprint into areas such as private credit. With the dramatic rise in sponsor-led direct lending since the GFC, a private credit secondary market is already taking root. This is not seen in the transaction stats that focus on the volume LP transactions, but it can be seen in the innovative credit portfolio deals taking place with credit platforms, BDCs, and financial institutions.

Jeff Hammer will be speaking at SuperReturn North America Virtual 2021, find out more about the session here.