What the pandemic, war in Ukraine and the return of inflation will tell you: A contrarian look at ESG 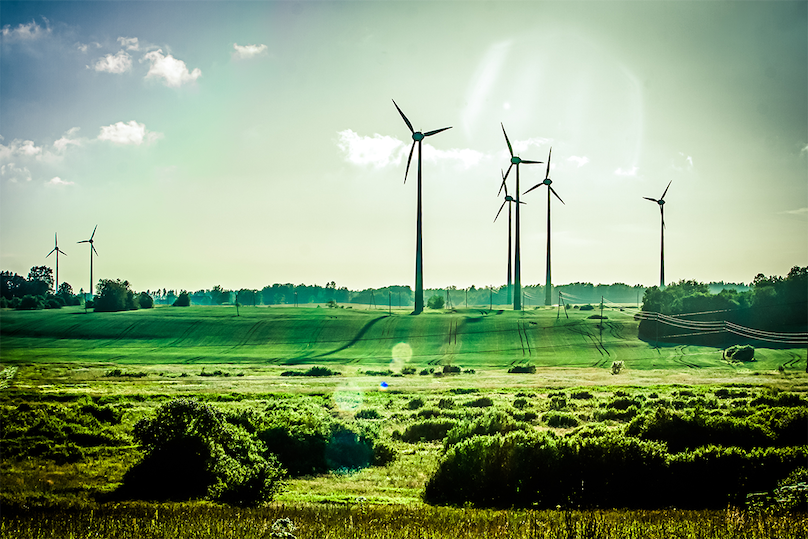 Erik Vynckier is Board member of Foresters Friendly Society, where he also chairs the Investment, With-Profits and Unit-Linked Committees, following a career in investment banking, insurance, asset management and petrochemical industry. Erik restructured Foresters as Interim CEO. Ahead of his session at QuantMinds International 2022, he shares with us a contrarian look on ESG, and asks whether the financial industry really is the right tool to craft environmental policy.

The response to the alluring sentiment that the environment is collapsing all around us has triggered a massive negative productivity shock. Although evidence points to the opposite trend: higher atmospheric carbon dioxide permits a longer growing season, agricultural yields at all time highs and a resilient and regreening natural ecology enhancing biodiversity. Agricultural yields have led to returning acreage back to nature. Carbon dioxide is the essential molecule of life, linking dead mineral into the biochemical pathways which enable marine and continental micro-organisms, plants and animals and human beings as well. You and I are biochemically refined carbon dioxide. The magic is called photosynthesis, which processes carbon dioxide into biological material. Carbon dioxide fertilizes and makes the earth viable.

Carbon dioxide is just one of many parameters impacting temperatures worldwide, a climate dwarf compared to the climate giants solar system and water which materially exceed the impact of carbon dioxide, a trace gas. Reinsurers struggle to see any increase in catastrophic weather and the meteorological community recently started to speculate tropical cyclones might be decreasing in frequency. Weather results from pressure and temperature differences between the equator and poles, an enduring feature of the earth’s geology where solar activity, planetary motion and water in all three phases drive the physics of the atmosphere and the oceans, hence spatiotemporal weather and regional climates. Atmospheric carbon dioxide seems to lag rather than drive temperature. It has no measurable impact on sea levels nor on ocean alkalinity, which is buffered by calcium carbonate rock, making up 99.9% of all carbon on earth. Oceans cannot turn acidic from carbon dioxide. Anthropogenic and natural carbon dioxide are indiscernible and promptly enter the biological, geophysical and geochemical cycles irrespective of origin.

Todays darlings wind and solar do not succeed at fueling 24/7/365 economies from weather dependent, low intensity sources of energy. Median renewables performance is vanishingly close to 0%. The focus on renewable nameplate capacity ignores renewables mostly stand idle, leaving the power grid in disarray. Renewable poster boys Germany and Denmark need to be bailed out by hydro and nuclear from Scandinavia and France almost daily. The renewable craze has served as a Trojan horse for natural gas which has become inevitable for gap cover and grid stability, besides leading to a coal revival in German power generation.

Energy storage comes down to generating electricity twice: when you don't and you do need it. With an insecure inventory and triple losses and costs on its way to a paying consumer. The invoked technologies are not early-stage but quite simply failed technology, fueling a fake market riding on escalating subsidies.

The EU-endorsed "electrification" is a thermodynamic curse bloated with waste. EU policymakers are pursuing daydreams unharmed by any knowledge in physics and engineering. The “cyclical” economy focuses on recycling material, rather than all-in cost reflecting an all-in resource footprint: energy, materials, equipment, transport, labor and finance. Replacing technologies at steep cost disadvantages does not lead to economic or ecological benefits.

Meanwhile China is expanding aggressively and will handle the "emergency" in 2060. China has eroded the US and French technological edge in nuclear and coal, achieving world-beating efficiency with supercritical boilers. China is pursuing its best option with autarkic coal for economic but even more for geopolitical and military reasons.

Two negative productivity shocks dominate our lives: the wholesale lockdown of the economy, magnified by the green new deal. The road is paved with low productivity triggering persistently higher inflation, despite a stagnating economy.

Most corporates have focused on tiding over rather than venturing into new activities. Human capital has not progressed, lacking classroom education and on-the-job learning in confident and effective teams. People have stretched into their reserves to get the job done, but not stretched into new domains or skills. Even debate, free speech and tolerance for other viewpoints have suffered.

Fiscal expansion meets a stagnant European economy - all steroid and no muscle. The US may prove more dynamic since the Republican states never locked down as much and the US traditionally proved willing to reverse policy mistakes. After November mid-term elections, the Biden administration may lose its capability to implement further productivity roadblocks. But genuine growth will be in the Asian emerging markets, supplied by natural resources from Russia. These countries will look for the own best outcome first and foremost. Expect growth in China, India… at the expense of a decadent West.

Regulators are now the systemic risk of financial markets and our economies. They have impeded information efficiency in free markets by embedding market distortions as standard. Banks, insurers and pension funds jump to the tunes of regulators in allocating capital and have abandoned their social purpose of efficiently allocating capital to the most rewarding opportunities.

This experiment presumes an intelligence which regulators do not have. Financial regulations framed to imaginary externalities outside to financial expertise interfere with the broader intelligence of competitive and efficient free markets, the impersonal, impartial but farsighted judge of economic and social benefits. Free markets squeeze failure out of the economy whereas subsidies and prices twisted by taxation and capital requirements double down on failure. Friedrich Hayek’s warning has as much to teach us today as it had during the high wave of communist ideology: free markets outperform subjective bureaucrats and politicians by incorporating all objective information into the market, whether it is in or out of scope or in or out of fashion. While the theme will take time to play out, the endgame is as predetermined as the fall of communism. The Ponzi schemes of the thematic investors of today will be just one of the sore victims of fashionable miscalculations. Money will change hands many times during the game, inevitably.

Can ESG become a core competence of financial services?

Imagine the sheer inefficiency trying to regulate the economy through the financial sector. This is not the remit nor the expertise of financial regulators who are operating well outside of their comfort zone and intellectual strengths. Asset managers are abandoning their core responsibility of seeking high returns on sound assets, instead investing in bubbles to the tune of lobbies and political dictate. Asset managers have been meek accommodators of the dominant political stance, rather than fighting without compromise for the interests of investors. Financial institutions should instead firmly counter the abuse of the balance sheet for the gratification of woke busybodies.

For investors, the risk for portfolios is getting trapped in greenwashed wind and solar. For the market, the impact of the negative productivity shock which the current policies encourage. But the political winds are even more fickle than the atmospheric winds. Wind and solar have all the potential to end up as the true stranded assets of the energy “transition”, once the consumer balks at the exploding cost of energy, transportation, heating and food and renewables lose political traction and the public purse’s support. In the meantime astute competitors, above all in Asia, will have outrun the leading economies of the 20th century, ironically by trusting the market mechanism invented here, yet carelessly abandoned.

Asset managers are out of their depth in making decisions reflecting environmental and social prerogatives and have no cutting edge for lecturing and abusing other actors in the economy or society. The problem is not the often heard clamor for “richer ESG data", but the intrinsic cognitive limitations of investment research and portfolio managers. ESG ratings are bound to be inferior to the maligned credit ratings, as they are much further from the core competence of accounting analysis of balance sheets and income statements. Decisions require decades of expertise underpinned by science and engineering education and research, honed by on-the-job validation of theory to practice, which the financial sector simply does not have on offer. Where decisions are handed to the wrong people, collective damage in lost productivity, lost growth and lost opportunities surely follows suit. Vladimir Putin is not to blame. We are.