What’s Next for Competition Law in the Retail Industry? 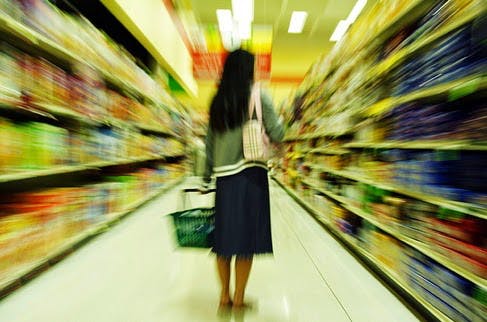 We spoke to Serge Clerckx, Partner at Jones Day, about the future of competition law in the retail sector. Are physical shops missing out? How can the retail industry change to embrace the digital world?

How is online selling affecting the bricks and mortar retail industry?

Online sales are having a definite impact. Today, nearly half of EU consumers order only online, twice as much as in 2005. Of course, only a fraction of those transactions are cross-border, and that rightfully worries the European Commission. This triggered Juncker’s Digital Single Market strategy.

Logically, this online growth has led to a decline in brick & mortar businesses, albeit to various degrees depending on the sectors concerned. DVD rental stores disappeared with the advent of streaming service providers such as Netflix. Online banking led banks to cut down on brick & mortar branches, etc. Other sectors are less affected. While in my own personal household, the majority of groceries are purchased online, it seems that there hasn’t been a dramatic decline in brick & mortar grocery stores.

While brick & mortar is undoubtedly under pressure, ultimately, stores aren’t going anywhere. Personalized customer service and face-to-face interaction are important and will continue to draw people to stores. Some like chatting with the cashier or treating their kids (or not) who have been lingering in the candy aisle. The look and feel of goods also matters. In the end, it’s the consumer’s choice, and we have yet to see the day when the majority of consumers vote away the majority of supermarkets and other brick & mortar shops.

As face-to-face customer contact and service can contribute to increased sales, there is an incentive to maintain a physical presence and such interactive contact. Retailers may also need to reinvent themselves to get consumers up from their couches. In a sense, this need for innovation is something like an exit from traditional brick & mortar shops, as it will prompt retailers to take risks, and invest in experiential marketing and technology. Wild stuff at the grocery store might be coming near you!

What is the most interesting case you’ve worked on this year?

The sale by P&G of large segments of its beauty business to Coty. This was a sizeable transaction (approx. USD 12.5 billion) involving various well-known fragrance brands (such as Hugo Boss, Gucci, Escada etc.), cosmetics brands (Max Factor, Cover Girl), the Wella hair care business, and numerous affected markets. I had done deals with beauty products before, but this one was of rare magnitude in the sector and with a buyer who already had a considerable presence in fragrances and cosmetics. As with any business, it is crucial to quickly get to an in-depth understanding of the business and market dynamics to assess the feasibility of a transaction upfront, and then find ways to conceptually translate this into clear and convincing arguments. This requires putting together a strong set of supporting facts, so as to enable authorities to come to terms with the transaction as rapidly as possible. Despite combined shares which were facially on the high side, the European Commission fairly quickly understood that the market dynamics – amongst which the competitive pressure from distant and online selling – did not warrant further intervention. It’s also always a pleasure to work with a good case team and in a spirit of constructive cooperation. Other authorities followed the Commission’s lead.

You are a guest lecturer – what issues are affecting up and coming competition lawyers?

The world’s a bit more competitive, but most of the issues that affected us when exiting law school are still affecting young professionals today. Bright people will usually find their way in any case, but students should realize that the skill set to succeed in law school does not totally overlap with those necessary to succeed in law firms. Trainees need to learn to connect the dots and develop a holistic views of things, such as the ability to apply sound judgment. This takes a while and requires a good understanding and knowledge of competition law and policy, as well as economics. Leadership and people skills should also not be underestimated. It’s always good when people have some street smarts on top of their academic smarts. Most law firms mentor their trainees in building these strengths, and those who want to succeed, generally do.

Also, it is not a cliché to say that many new opportunities are out there. Globalization, fortunately or not, has brought about a boom in antitrust enforcement. I could see well-trained young lawyers assisting in shaping antitrust policy and enforcement at foreign authorities, or in the set-up of competition practices at law firms.

What are your predictions for the E-Commerce sector inquiry?

The Digital Single Market is hot. The Commission is obviously right in seeking to create a level playing field for e-commerce. It’s also politically appealing to EU policymakers. The EU desperately needs such types of initiatives, where it can show citizens that the EU is having a meaningful impact. The Commission will seek to show that it is defending consumer interests. In a way, this e-commerce impetus reflects the same incentives behind the Commission’s telecoms roaming tariff regulation.

Competition enforcement is just one key tool. Compliance with vertical restraints is now very much on the Commission’s agenda. Companies are on notice, and the sector inquiry itself has of course prompted companies to review distribution and other agreements to bring them in line with EU competition laws. But ultimately, these regulatory initiatives will have a more structural and immediate impact. We should also recall that the Commission’s toolbox is ill equipped to prevent a non-dominant retailer from unilaterally blocking consumers in another Member State from purchasing from its website.

If you could change something about the current retail industry, what would it be and why?

The industry is going through enough change already! Still, maybe I would like to see Bassett’s wine gums once again at my local grocery store, rather than having to resort to private label versions. The success of private labels has put a significant constraint on branded products. With a penetration of over 50% for certain product categories, private labels have driven some branded products off the shelves. Retailers are judge and jury when it comes to private labels and are thus in a privileged position to compete and drive the market. Competition authorities have not always recognized this considerable retail power. 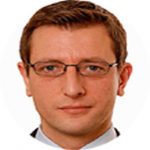 His competition practice covers both merger control and antitrust. Serge has led several recent merger cases for P&G, including the $12.5 billion sale of its beauty business (including Hugo Boss, Gucci, Max Factor, Wella) to Coty; its acquisition of Sara Lee's air care business; and the sales of its European pet care business to Spectrum Brands, its global pet care business to Mars, its Pringles business to Kellogg, and its bleach business. He also led NextiraOne's acquisition by Dimension Data, Goodrich's merger with UTC, and TI's acquisition of National Semiconductors. His antitrust practice includes complex investigations and private enforcement litigation, including a €500 million damage claim for abuse of dominant position.

Serge's government regulatory work involves representation of clients in IT, communications, and other regulated industries at the international, EU, and national levels, including the representation of the GSM Association before the European Court of Justice in Case C-58/08 on the legal basis of the regulation of international roaming prices.

Serge regularly speaks at conferences and frequently publishes on competition law and government regulation. He is a guest lecturer at Sciences Po, Paris. He won the 2012 Writing Award for Best Business Unilateral Conduct article from the Institute of Competition Law. He is recognized as a leading practitioner by Chambers and Legal 500.