Why RegTech should matter to banks and financial institutions 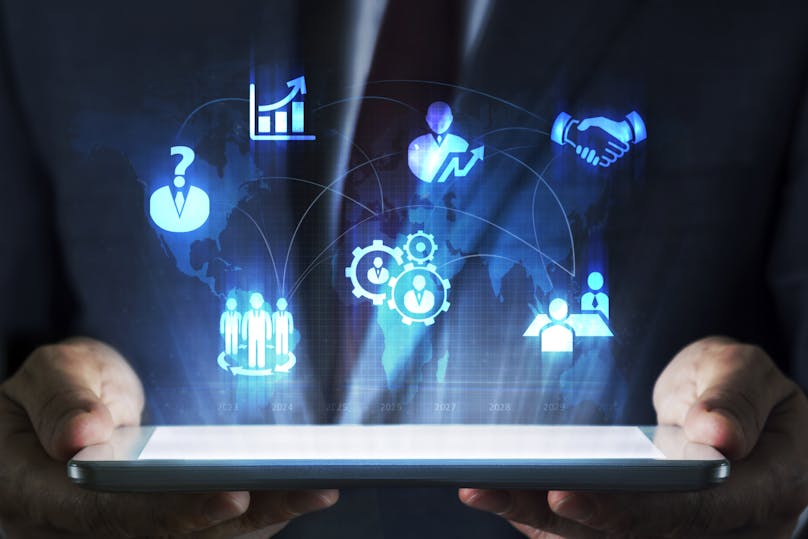 Technology adoption usually raises much regulatory scrutiny, but not the adoption of regulation and compliance technology – RegTech. In the next 5 years, we can expect various regulations in the finance sector to be updated and changed. To keep on top of this, RegTech implementation is becoming a popular strategy. In this article, Peter Deans, former CRO and Director at The RegTech Association, Australia, explores the importance and urgency of RegTech adoption and the challenges that lie ahead for those who haven’t started the process.

The need for RegTech

Business complexity, new business models and partnerships, changing policy-maker and community expectations, additional regulatory requirements, and continued pressure on revenue and earnings are creating a ‘perfect storm’ for many financial institutions. Many of these same factors are also placing pressure on regulators to change and adapt. The path that many banks, financial institutions, and regulators are now going down is the faster adoption of RegTech solutions.

RegTech or in its long form – regulation and compliance technology – is defined as any solution that solves the challenges for regulated entities and regulators. RegTech firms use existing and new technologies in innovative solutions to drive greater efficiency, improve productivity and increase trust and confidence to the ecosystem. New technologies include, but are not limited to, artificial intelligence, data analytics, natural language processing and cloud.

The benefits of adopting RegTech were highlighted in Boston Consulting Group’s February 2018 report Future-Proofing the Bank Risk Agenda. This report stated: “The early benefits of using regtechs predominantly arose from their ability to help banks to scale and comply more efficiently with increasing regulatory burdens. Other benefits now include achieving improved risk management and regulatory compliance outcomes. Increasingly, regtechs also provide a better digital experience for clients. They create business opportunities by eradicating long, complicated manual processes and by supporting the view that the compliance function can help enhance revenues in financial services”.

During 2018, the Royal Commission into Misconduct in the Banking, Superannuation and Financial Services Industry (known as the Hayne Royal Commission) in Australia outlined significant operational process and compliance failures in many institutions. Among the reasons for these failures was often poor operational processes and controls. There was also evidence of a limited understanding of what was actually going on operationally in many of the firms. Regulators have pointed to these failings as a need for regulated entities to quickly get their house in order – with RegTech seen as an integral part of the roadmap.

Australia’s corporate regulator, the Australian Securities & Investments Commission (ASIC) has pointed to the adoption of RegTech by the regulated community as a key regulator expectation. In March 2019 at an industry conference, one of its senior executives stated: “I don’t think we would say: ‘you must use a particular type of technology’, but it will probably reach the point where if you aren’t using a type of technology, you have some explaining to do”.

Over the last twelve months in Australia, all regulators have also developed and commenced implementation of comprehensive RegTech programs.

Industry success in RegTech however cannot rely on regulatory pressure, direction and guidance alone. A more co-ordinated approach is needed with both individual banks and banking associations needing to develop and implement RegTech strategies with a greater sense of urgency.

For a number of years, RegTech lived in the shadows of Fintech. The differences between the two are now better understood and many RegTech firms’ technologies support Fintech firms’ technologies. The RegTech industry is however coming into its own now. Increasingly RegTech is not just about banking and financial services. RegTech start-ups are now focusing on a range of sectors including healthcare, agribusiness, transport and logistics, education and government services – basically any regulated business.

A recent report by the Cambridge Centre for Alternative Finance (CCAF) estimated that RegTech firms generated an estimated $5 billion in revenue in 2018. CCAF’s detailed study of the RegTech sector suggests the industry is seeing rapid growth and an expanding global footprint. It estimated RegTech firms employed an estimated 44,000 people globally and had raised about US$9.7 billion in external funding to date.

Getting to first base in RegTech

Despite the traction achieved so far, there are still challenges in adopting RegTech. Compliance and risk management processes within banks and financial institutions are deeply embedded and touch many internal hands. For large organisations, the prioritisation of initiatives and business spend remains a challenge. The business landscape is also rapidly evolving, regulations are constantly changing and the technology spend appears ever increasing – creating tension and complexity in the investment decision-making process.

Many RegTechs are very small businesses who find it challenging when confronted with the sometimes onerous procurement, cloud-unfriendly environments, demand for free proof of concepts until the product is proved and general IT security requirements, all creating a myriad of hurdles. Identifying key stakeholders within each firm is another challenge (and one that many larger IT vendors also still struggle with).

Success for banks and financial institutions in the adoption of RegTech solutions will be fostered by the following:

There is also a need to ensure there is a degree of empathy within the bank or financial institution for the RegTech firms. As noted earlier, these are often very small firms that are supported with limited founder funds (not all are backed by venture capital). Lengthy delays in the processes have a real financial impact to these firms. This in turn often sees banks and financial institutions miss out to other nimbler firms in the industry. RegTech firms do not necessarily want a free kick – just clear communication on business priorities and budget constraints if these are real impediments.

The opportunity for individual banks and financial institutions to benefit is very clear and compelling. The numerous regulatory, compliance and business challenges facing the industry in many respects need a new approach. RegTech gives institutions a fighting chance to become more compliant, more efficient, and to regain the trust and confidence of key stakeholders.

Find out more from Peter Deans about how financial institutions are engaging with RegTech at RiskMinds International!