Will the rise of smaller reserve currencies have any significant impact on the US dollar’s ‘exorbitant privilege’ in the years to come? 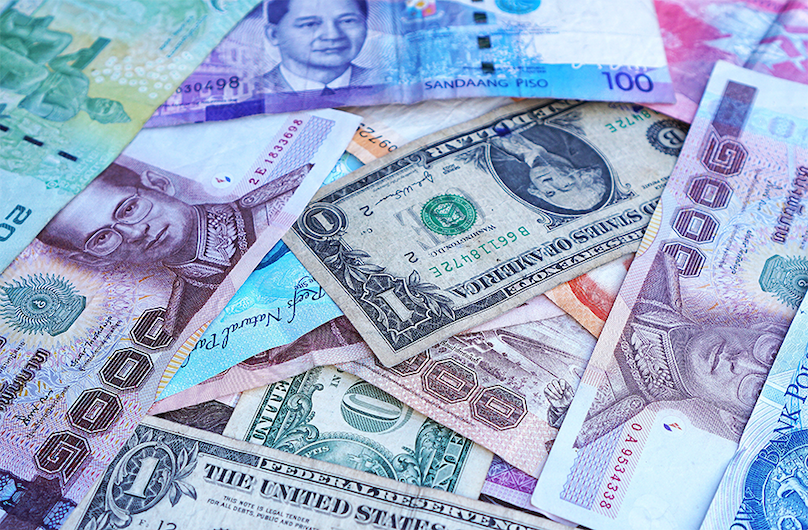 Krishnan Ranganathan is an Executive Director with Nomura India and is responsible for the delivery of regulatory, strategic and transformation projects across Risk, Finance and Operations. He will be attending this year’s RiskMinds International 2022 and we are delighted to share an outline of his session, "Will the rise of smaller reserve currencies have any significant impact on the US dollar’s “exorbitant privilege” in the years to come?" to get you even more excited for November than you already were.

The Counterfeiters, the Oscar-winning German film set in 1940s Europe, opens with a concentration camp survivor, played by Karl Markovics, sitting on the beach with a suitcase full of dollars. The war has just ended, and he plans to put that currency (of dubious origin) to use on the tables of Monte Carlo.

That it’s dollars and not francs is key to the authenticity of the scene. Dollars were the only plausible currency that a Holocaust survivor might carry into a casino in 1945. Similarly, when Somali pirates hijack a ship, they demand the ransom money to be delivered in dollars. In the black market, the dollar is still the king. The fact that nearly 75% of all $100 notes circulate outside the US endorses the dollar’s dominance of this dark realm.

But what’s true of shady transactions is true of legitimate business too. Half a century back, President Nixon's then-Treasury chief John Connally famously said “The dollar is our currency, but your problem.”

One of the ‘stranger things’ of the global economy is the extent to which the dollar is used when pricing goods and services among people with no connection to the US— a recent IMF paper put it at ~40% of invoices from a large sample of countries. This has long been troubling for foreigners, who see themselves as “supporting American living standards and subsidizing US multinationals” thanks to this asymmetric financial system.

Charles de Gaulle made this issue a cause célèbre in his presidential press conferences in the 1960s. His Finance Minister, Valéry d’Estaing, called it America’s “exorbitant privilege”.

The weaponisation of finance and the potency of sanctions emanate from the omnipresence of the dollar. Of late, the share of reserves held in US dollars by central banks dropped from 71% in 1999 to 59% in 2021– due to an effort by central banks to diversify away from the dollar.

Now for the surprise!

The diversification is not towards the Euro, GBP and JPY whose collective share has stayed mostly unchanged for two decades. Also, just a quarter of the shift has been into China’s renminbi. A full 3/4th has been into the currencies of smaller economies of Canada, Australia, Sweden, S Korea and Singapore.

That brings us to the trillion dollar(!) question! Will this rise of smaller reserve currencies have any significant impact on the US dollar’s ‘exorbitant privilege’ in the years to come?

Want to know more about how smaller currencies might affect the US dollar’s dominance in the market? Secure your spot at RiskMinds International 2022 here and attend Krishnan’s session on November 10th at 11:55.  This is not one to miss.