Words Can Be Cheap! 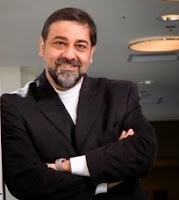 Some years ago now I read Sense of an Ending by Julian Barnes. One of the themes that stood out for me was that of Perception. How we perceive things is really coloured by the sum of our life's experiences. Our experiences are the sum of our connections, relationships and actions.
LEAN Management was the topic for discussion during a session Ideation ran last week. I thought 'great concept but why give it such a negative name'. LEAN to me has connotations of job cuts, budget cuts, doing more with less and so on and so forth. In its true form, all LEAN means is getting rid of the waste, and that usually refers to wasteful practices. There is definitley no harm in that!
In an ideal world though I would call it something like LEAP ' Learn Easier Alternate Practices. DEAP would be better ' Develop Easier Alternate Practices but it doesn't conjure up the same light images as the word LEAP. Am I making any sense at all? Can you see the leprechaun taking off?
When I google LEAN Management and see the fluff written by way of definition of the practice, you have to wonder how the principles of LEAN ever took off. Except that it started not as LEAN but as the Toyota Production System. And that's my point. The term grew out of an action.
Most of the terms we use, or even overuse to the point of cliche, came from somewhere. Creativity has existed through time immemorial. But if you look for a definition of creativity, you get everything from the occurrence of a new novel, to a special class of problem solving. Truth is you need creativity in every facet of a business. To come up with a new concept you require creativity, to produce a new product you require creativity, to market a product you require creativity, to commercialise a new product you need to do it creatively. We act Creatively all the time'
Innovation has yet to become a part of the business culture in most companies and organisations and yet the word is already almost cliche. It is thrown around with much abandon and some individuals and organisations even hide behind it. There is an article worth reading You Call That Innovation? Companies say they love to Innovate but the term has begun to lose it's meaning. It's in the Wall Street Journal and written by Leslie Kwoh. Google it (a name that has become an action and has it's own definition ' like Band-Aid or Apple).
I also like the term Disruptive Innovation.

Disruptive innovation can be defined as an improvement or advancement that enhances a service or a product in a manner that has never been expected by the market. ' Jonathon Pitts

But isn't that what any Innovation is? I get the emphasis is on enhancement here, but isn't any useful change Innovation ' whether it be space travel or the use of tweezers and a hammer to remove a broken key from a door. In someone's perception both acts were essential, both innovative.
Words are words. In business these days you need your actions to be as loud if not louder than your words. Rhetoric can buy you short term. Action buys you respect and long term survival. Ideas are great but flutter into the ether unless followed by action.