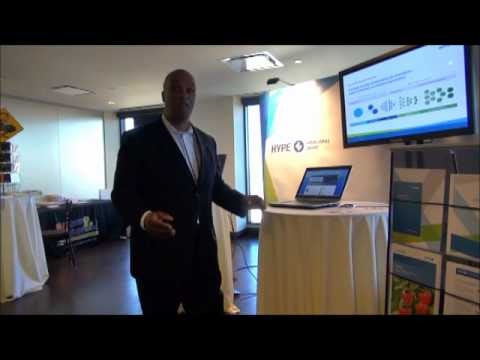 Many lessons are embedded in the stories of success within Fast
Company's Most Innovative Companies list. We've pulled out 10 of our
favorites below. They all reach one key conclusion: Global innovation
is bigger than ever.
1. Organizations can
learn. The top two companies on this year's list, BuzzFeed and Facebook,
have thrived by embracing constant evolution in their products and in their
processes. According to Fast Company, BuzzFeed's video teams are reorganized
every three months; the native ad programs it creates for marketers evolve
through iterative testing; and new data metrics are developed and tweaked. It
all breeds a culture of curiosity and learning, and, as CEOs Jonah Peretti and
Mark Zuckerberg demonstrate, culture is strategy.
2. Tech has no monopoly on speed.
CEO Brian Niccol encourages his team to, "break a little glass." The
Tex-Mex chain rolls out a new menu item every five weeks; the longevity of
those products depends on their market success, a mirror of the
test-and-iterate approach that drives Silicon Valley. All the activity has
energized the company and made the brand more relevant to its target youth
customers.
3. Streaming can't be stopped. Music consumers have shown their
preference for Spotify and steaming services like it. When Netflix
opened its service in more than 130 countries in one day, it was reflecting an
unstoppable train that runs from YouTube to The Man in the High Castle. When
BuzzFeed delivers 2.5 billion video views a month and Facebook's monthly video
views jump from 1 billion to 8 billion in just over a year, the predilection
for on-demand access is undeniable.
4. Mobile is just beginning. Those
devices in our pockets aren't just a challenge to traditional media. Nor is
their impact restricted to booming platforms like Uber, Airbnb, and Snapchat.
New services are spawning new markets. Robinhood has knifed into the
investing world; Hudl is bringing its insights to more than 100,000
sports teams; Shyp will pick up and pack anything for you, at the
push of a button.
5. Old companies can be remade. Hasbro was launched a century ago
in Providence, RI, yet that legacy hasn't prevented it from unlocking new
customers around the world, according to Fast Company. Additionally, GE has
embraced its heritage of invention to find modern relevance, and Vail Resorts has
tapped new kinds of data to energize what seemed like a settled ski business.
6. Partnerships have power. Taco Bell found its new mojo after
its successful launch of Doritos Locos Tacos. BuzzFeed supercharged its reach
when it embraced 30-plus outside platforms to distribute its content.
7. Communities have
impact. Social media has made it
easier than ever to express our individuality, fostering new communities like Black
Lives Matter, which, without a budget or advertising, has generated significant
impact.
8. Mission Drives Change. Sama Group is rethinking how
not-for-profits are funded, while venture firm Social Capital is re'imagining
how funding should be deployed. John Oliver's HBO show, produced by Sixteen
String Jack has distinguished itself by attacking serious issues with humor.
9. Medical treatments
are evolving fast. In the cancer arena alone, according to Fast Company, Novocure
is deploying electricity, Amgen is unleashing viruses, and Bristol-Myers
Squibb is enlisting a person's own T cells to attack tumors and save
lives.
10. There's a new world out there. Self-driving cars. DNA'targeted
treatments. The advances are inexorable, exciting, mind-blowing. According to
Fast Company, those who embrace these transitions will have the tools to
influence them.