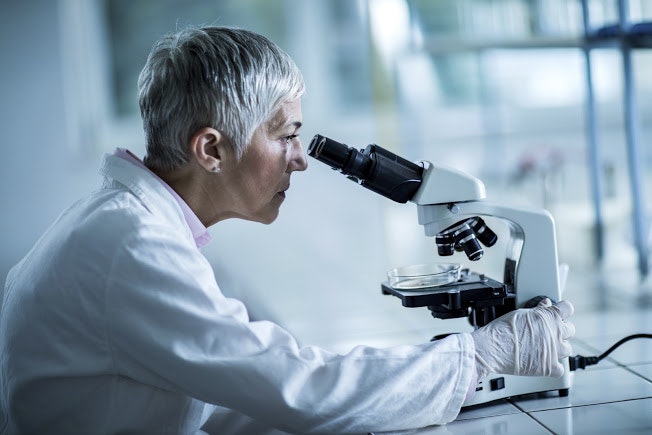 The user experience of documentation has been a problem ever since providers began using EHRs on a widespread scale.

While EHRs are effective vehicles for documentation, they are not the most efficient mediums. Physicians have never really warmed to the drop down menus and numerous points and clicks required to enter information. In a profession perpetually strapped for time, the added hours of data input are a significant burden.

Adoption of this software has been hamstrung by low accuracy rates — low in this context meaning in the 80 percent range — but improvements in the software’s transcription capabilities have boosted accuracy rates into the mid to high 90 percentages.

And the benefits looking promising.

Depending on the type of voice recognition process hospitals set up, the facility can save a substantial amount on transcription fees. If the accuracy of the patient document can be maintained, these improvements in transcription and documentation time can also improve clinical documentation, which can result in a higher reimbursement rate.

Front-end voice recognition software relies on a physician or nurse to activate the software, select the right input fields while dictating notes, review the notes, and then sign off on the document.

KLAS’s study looked at front-end voice recognition specifically, and this type of software seems to be more popular because it significantly reduces the role of the transcriptionist and recoups those expenses for the hospital or practice.

However, a front-end process does require a physician or healthcare provider to review and sign off on the text, which can take longer.

A back-end process relies on the software to convert speech directly into text without initial oversight from the physician who dictated the notes. The text is then filtered through a template that captures the requisite clinical information. At the end of the process, a transcriptionist reviews the form, but a physician or other provider usually still signs off on the completed document.

In terms of utility, Dragon — a particular voice recognition company acquired by Nuance — boasts 99 percent accuracy and features vocabulary for over 90 medical specialties and subspecialties. This voice recognition app claims to work with nearly any Windows-basedEHR system, but features notable integrations with Epic, Cerner, and GE systems.

The application’s functionality is extensive. Users can call up macros or templates for different scenarios, such as a new patient encounter or SOAP notes. Once inside the template, providers can use shortcuts for common diagnosis and ICD codes to reduce the time it takes to find and enter information.

Providers can choose from one of three product tiers: small practices, medium practices, and enterprise. Each features a specific functionality set calibrated to fit the needs of a particular type of customer.

Less well known than Nuance, Dolbey has quietly produced voice recognition software that actually surpassed their more famous rival in a recent KLAS report. Dolbey’s FusionEMR scored a 90.3 to Nuance’s Dragon Medical score of 86 and ranked highest in Sales and Contracting, Implementation and Training, Functionality and Upgrades, and Service and Support.

Dolbey’s FusionEMR features many of the same functions as Dragon Medical but operates as a one size fits all solution instead of delivering different levels of functionality to certain market segments. Like Dragon Medical, FusionEMR claims to integrate with any EMR platform by using FusionEMR as an interface between Fusion Expert (Dolbey’s front-end recognition software) and the free text forms of third party applications.

Other unique features of Dolbey’s offering include having just one user profile for both back-end and front-end applications, which can simplify the transcription process if your facility is planning on outsourcing that service.

Based in Nashville, Tennessee — the same stronghold as the now struggling M*Modal — Entrada uses smartphones as its primary dictation platform. They have native apps for both iOS and Android operating systems, though the company also offers desktop and tablet solutions.

Entrada may not be as storied as Dolbey or Nuance, but this voice recognition vendor was recognized as the fastest growing privately held company in Tennessee and named to the Inc. 500 list in 2014.

Entrada’s software allows physicians to dictate notes directly into their mobile device and tag sections of the patient narrative throughout the process. The data is then directed to Entrada’s editing center where transcribers edit the notes and redirect them into the EHR system.

Using a smartphone for dictation is convenient, and Entrada’s software gives providers the ability to capture remote images and view patient data directly in an EHR. In addition to its impressive growth, Entrada also has strategic partnerships with athenahealth, Greenway, NextGen, and Allscripts.

If KLAS’s report is any indication, voice recognition could be one of the first major medical software supplements for EHR systems. If physicians are unhappy with their workflow, voice dictation offers a powerful alternative, even if the market of vendors is still relatively small.

About the Author:  Zach Watson is the content manager atTechnologyAdvice. He covers gamification, healthcare IT, business intelligence, and other emerging technology. Connect with him onLinkedIn. - (This article was original published on April 29, 2015)