6 ways to manage risk and uncertainty in insurance 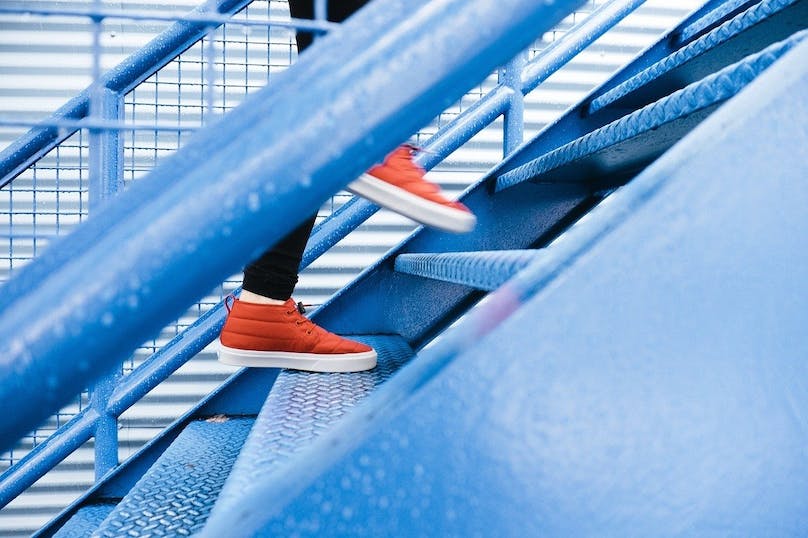 The year 2020 was dominated by the Covid-19 pandemic, Brexit, and other uncommon global events (think the wildfires in Australia), and the start of 2021 has been no different. As if that was not enough, we now have a number of new strains of the Covid-19 virus to contend with, and whilst it is not uncommon for viruses (especially respiratory viruses) to mutate, uncertainty about how this mutant strain reacts to vaccines, its level of virulence, and impact on children exists. The continued uncertainty about the future has impacted businesses, consumer behaviour, and global economies, all of which got David Otudeko, Prudential Regulation, Association of British Insurers, thinking about how uncertainty is managed in the insurance industry.

Risk and uncertainty are central to insurance and uncertainty about the future is the main reason insurance policies are bought. But how does risk differ from uncertainty? Both terms have been defined differently in various professions, but most definitions incorporate key elements including the availability and perception of information and the designation of probabilities. Perhaps the most famous of these definitions was that proposed by late American Economist Frank Knight in his book Risk, uncertainty and profit, published in 1921. According to Knight, in the case of risk, the outcome is unknown, but the probability (objective probability) of that outcome is known. Conversely, uncertainty, is characterised by both an unknown outcome and an unknown probability (subjective probability). Some have argued that Knight’s distinction between risk and uncertainty is exaggerated however, whilst both are related in that they preclude knowledge of future states and may be described by probabilities, it remains important to determine whether a lack of predictability arises from insufficient knowledge (uncertainty) or from a well-understood probabilistic process (risk).

By whatever measure, however, it is safe to conclude that risk is certainly not uncertainty.

Despite these differences, both terms are often used interchangeably and even Knight acknowledged that his use of the terms “risk” and “uncertainty” did not conform to common usage. In the scientific community, it is acknowledged that when laypersons talk about risk, they generally mean uncertainty, as outcome probabilities are seldom known in everyday situations. The risks and uncertainties associated with insurance follow the life cycles of insurance coverage and claims. For example, prior to business being sold and claims incurred, there is uncertainty about the future mix of insureds or the types of claims that will be made. As more information is gathered, and as the portfolio of insurance policies mature or information regarding new claims is reported, the uncertainties diminish and resulting risks become dominant as they become more measurable. Consequently, for an insurer recognising the differences between uncertainty and risk is necessary to ensure that strategies, attitudes, and responses to both are appropriate.

The availability and perception of information (or knowing) appears to be a key factor in distinguishing between risk and uncertainty. In behavioural economics, this distinction is supported by the idea that the less information individuals have the more they fail to sufficiently discriminate between different levels of likelihood and consequently between risk and uncertainty. In addition, individuals appear to have an aversion towards uncertain situations and this ambiguity aversion is often explained using the Ellsberg Paradox. The Ellsberg Paradox is the idea that people overwhelmingly prefer taking on risk in situations where they know specific odds rather than an alternative risk scenario in which the odds are completely ambiguous i.e. they will always choose a known probability of winning over an unknown probability of winning even if the known probability is low and the unknown probability could be a guarantee of winning. The ambiguity aversion also links to black swan events as described by Nassim Taleb (American Lebanese Essayist and Scholar), which are important and inherently unpredictable events that, once occurred, are rationalised with the benefit of hindsight. Taleb’s theory suggests that appropriate preparation for these events is frequently hindered by the pretence of knowledge of all the risks; in other words, uncertainty is presumed at worst to not exist in day-to-day affairs or at best not clearly distinguished from risk, often with disastrous consequences.

For an insurer there may be numerous practical reasons why the dividing line between risk and uncertainty may be blurred or even ignored. There may be urgency to decide so, patience to entertain issues which are not readily quantifiable and consequently resolvable will be limited. Furthermore, thinking about uncertainty and acting on it, often in the face of minimal support or even active resistance from others invites additional work and can delay decisions – it is not the easy route. It is also possible that the more serious consequences of overlooking uncertainty may have a relatively low likelihood of occurring and as such are ignored. For these reasons, uncertainty can be perceived as messy, difficult to deal with, and often time seen as the root cause of inaction. As a result, it is either suppressed or overemphasised, both of which could lead to sub optimal outcomes and decisions.

Uncertainty should not be an excuse for inaction because we never truly “know”, but how do we manage it?

The first step is to acknowledge the difference between risk and uncertainty and accept uncertainty and the unknown as an inevitable dimension of business. It exists; it needs to be considered; and boards and decision makers need to come to peace with knowing they do not know. Key functions in the business (actuarial, risk, internal audit etc.) have a role to play here in accepting, articulating, and communicating risk and uncertainties in appropriate terms in their reporting to the board and relevant committees. Whilst communication of the extent and effects of uncertainties is important, the form of such communication is also crucial. Uncertainty could be presented as a number, range of numbers, or a set of management implications and choices. Alternative assessments of a scenario (or range of scenarios) may also provide useful and understandable illustrations, especially when presented by charts or graphically.

Once uncertainty has been acknowledged, a clear plan for its management needs to be developed. This should include how problems are defined and framed, taxonomies that refer to uncertainty, when uncertainties should be highlighted and how they should be communicated in the business. Furthermore uncertainty (as well as risk) should not always be viewed or considered in negative terms. Understanding uncertainty is key in taking advantage of opportunities presented and managing threats.

In terms of organisational strategy, as new information on uncertainties become available, strategic dexterity, agility, resilience, and adaptability are all key to manage downsides but also to take advantage of upsides. An adaptive strategy, one that can be modified easily to adapt to a dynamic environment and afford the board flexibility to embrace and react to uncertainty is, therefore, required.

As part of corporate strategy, insurers should attempt to reduce uncertainty through investments in knowledge management focused on acquiring new knowledge and utilising and sharing more widely existing knowledge. Knowledge gaps can subsequently be assessed regularly, and a determination made as to whether knowledge acquired is sufficient to make a given situation more certain and thus measurable.

Our industry is rife with models but when they are used, it is important to remember that they are only a proxy for reality, based on assumptions and judgements, rendering results inherently uncertain. Boards should request, or key functions proactively provide an analysis or commentary of the uncertainty inherent in figures in board reports, particularly in areas such as pricing, capital resources and requirements, and reserving.

What role does culture have to play here? A big one. Insurers need to develop the right culture that considers uncertainty. The board, executive management, and employees at all levels should feel comfortable and empowered to call out uncertainties without fear of being called incompetent. However, the organisation needs to invest in training and upskilling its workforce so that attributing uncertainty to a situation does not become an excuse for inaction due to a lack of competence, data, modelling capability, or knowledge.

For any insurer decisions made are largely based on a combination of facts, model results, samples, projections, and other imperfect information. Setting up mechanisms to frame discussions concerning what is known and unknown permits both the quantification of risk and the minimisation of uncertainty. Central to this is understanding the nature of risk and uncertainty as this would ensure that appropriate responses and strategies are developed to manage threats but also leverage opportunities presented. This should not, however, detract from continued focus on managing the things that can be measured and mitigated (i.e., risks).