A close look at: “The Taxation of Trusts: A Review” published by HMRC in November 2018. 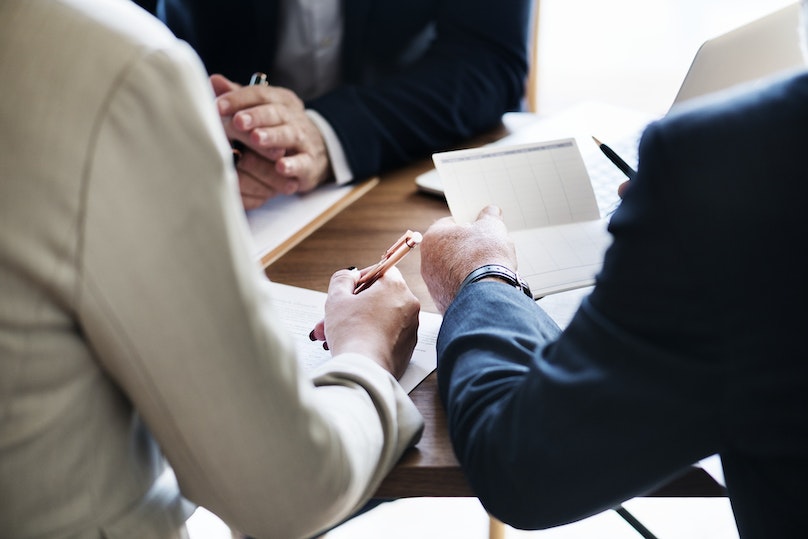 The term “trust” itself arouses many conflicting responses. In many civil law jurisdictions the concept evokes distrust since it is a mechanism or structure which does not feature as part of the legal system.

In common law jurisdictions, however, trusts have been used since medieval times where the crusaders wished to ensure their property was not only looked after while they were away, but importantly, returned to them on their homecoming. A trust is therefore seen as a flexible friend. It is an invaluable tool in the adviser’s estate planning armoury, to regulate the investment, management and distribution of assets. In a commercial context, a trust may be used to ring-fence funds to ensure consumer protection (such as landlords holding tenants’ deposits or travel companies holding funds provided for holidays), for other commercial purposes (such as providing security for contracts), and all UK real estate owned by more than one person is held on trust.

It is important to recognise that are not simply an instrument for the wealthy. Trusts are also well recognised as a tool for protecting vulnerable beneficiaries and in a philanthropic and charitable context. And yet the trust has had, some would argue, more than its fair share of bad press and are often (incorrectly) seen as a vehicle for tax evasion or other improper purposes. In this regard, trusts and trustees have come under particular scrutiny in the inexorable drive towards global transparency to combat these scourges. The UK government is one of the leaders in implementing the OECD Common Reporting Standard – and was one of the first jurisdictions to introduce a Trust Register, in line with the requirements of the EU Fourth Anti-Money Laundering Directive (AMLD4).

To address these and other issues “at home”, and following an announcement in the 2017 Autumn Budget, the government published a consultation on the UK taxation of trusts, to gather views and opinions on “whether the principles of transparency, fairness and neutrality, and simplicity constitute a reasonable approach to ensure an effective trust taxation system”.

It was heartening to learn from the IPSOS Mori Research Report[1] which was published at the same time, that in the UK at least, tax avoidance/evasion or a desire for improper secrecy are not motivators for the creation of trusts. The majority of clients see them as a way of protecting assets for the ongoing benefit of beneficiaries, and a way of managing succession. Although the IPSOS Mori report highlights a common belief among settlors that they would save tax, it also strikingly emphasised how little they understood about the tax rules, and the fact that in most cases they were wrong to hold this belief.

A key feature of the English trust is the division of beneficial ownership from legal ownership. Trust assets are owned by the trustees and is it is their names which appear on any register or title document. Confidentiality is a legitimate requirement for trusts: in the same way that the man on the Clapham omnibus is unlikely to want the person sitting next to him to know how much money is in his bank account, individuals and families may not want the details of their assets, or the addresses of any properties in which they live, to be publicly known. This may be for safety or security reasons or simply for privacy. Transparency and confidentiality are not mutually exclusive aims.

AMLD4 already requires that trustees of express trusts keep records of beneficial ownership information and make certain disclosures to counterparties. Trustees must disclose that information to a central register when the trust generates tax consequences. These measures are uncontroversial, since trustees should have records and report to HMRC in any event. The registration requirement adds a layer of administration and costs, but this is perhaps not unreasonable. The proposals for an open register, included within the successor to AMLD4, is deeply worrying. It is hard to justify any position whereby more information could be available in relation to assets held in trust (and their beneficiaries) than in relation to an individual taxpayer’s personally-held assets. In order to disrupt the balance between the right to privacy, and the desire for transparency, it would need to be demonstrable that some ‘evil’ would thereby be avoided. It has never been apparent what a trust could purport to do which creates a compelling need for all trusts (and all beneficiaries) to be further exposed to information sharing.

Fairness and neutrality should in principle by the same, since if trusts were tax neutral then their taxation would be fair to both taxpayer and HMRC. The current taxation regime for trusts frequently penalises the taxpayer and does not consistently achieve that outcome.

There appears to be a misguided belief (by the public and media, and perhaps by government) that trusts are being used as potential tools for tax avoidance/evasion or other unfair purposes. This, combined with years of piecemeal amendments to the relevant tax legislation, has resulted in a regime which is over-complex to the point where compliance is made difficult, and imposes a tax burden on the use of trusts which is in many cases not neutral when compared with the alternatives. The consultation suggests[2] that “trust taxation should be fiscally neutral: their tax treatment should neither encourage nor discourage the use of trusts”. This objective is not currently met by the present regime, which penalises the creation (in particular) and to some extent the ongoing use of trusts.

Sweeping changes to the taxation of trusts introduced in 2006 created several very restricted categories of trusts which can be taxed as interests in possession, and introduced entry, periodic and exit charges into all other trusts. This is extremely complex for settlors and testators to understand. It has forced settlors and testators into choices that they would otherwise not take: the most obvious example being the requirement to ensure that a child receives assets at an age no older than 25, when many testators (irrespective of their wealth) may prefer that a child should not be guaranteed to receive a significant legacy at that age. Above all, it has deterred taxpayers from making lifetime provision for their family members through trusts, as the entry charge is an obvious bar. In that sense alone, the present regime is neither fair nor neutral.

Simplicity would benefit everyone. In the days before the 2006 tax reforms, it was easy for advisers, settlors, trustees and beneficiaries to understand that, where a trust was created for the lifetime benefit of one person (an interest in possession), it could be equated in Inheritance Tax terms with an outright gift, and the beneficiary would pay tax on the income because it belonged to him (but not on the gains, because the capital was not his). A trust for the benefit of a group of people was logically taxed differently. As noted, settlors and testators do not understand the highly complex rules introduced in 2006. Their aims are the same as before – to protect the assets and/or the individuals to whom they will pass – and they do not understand the artificial sub-categories that they are forced to choose between.

Trusts are not pernicious per se, and the vast majority of their uses are vanilla and have neither interesting aims nor outcomes, in tax or any other terms. Any asset-holding arrangement (from cash in hand to bank accounts to trusts) can of course be used for malign purposes by a person with those aims. The complexity of the current trust taxation rules simply perpetuates the perception that those who use trusts are trying to ‘get away with’ something, which ought therefore to be legislated against. A more neutral system, which is easier to understand, will ultimately benefit everyone; and the new transparency measures will enable HMRC to measure and enforce compliance.

In its Thirteenth programme for Law Reform, published in November 2017, the Law Commission included the recommendation for a project to consider “Modernising Trust Law for a Global Britain” – a task not undertaken since 1925.   In choosing this (and other areas of law) the Law Commission was seeking to “boost Global Britain and help enhance the UK’s competitiveness as we leave the EU”.

As Private Wealth lawyers we hope that HMRC takes the opportunity, in considering the responses to its consultation, to think more broadly. We are concerned by the government’s continued conflation of the concept of avoidance with evasion. One is illegal and the other is not. As is clear from the need for a consultation, the taxation of trusts is infinitely (and in our view unnecessarily) complicated. Piecemeal reforms and amendments are counterproductive in the sense that it is often difficult for professional trustees, settlors and beneficiaries to understand and comply with the complex rules on record-keeping and reporting. However, that is not the same as deliberate tax avoidance (nor indeed evasion).

We believe that a fundamental change is warranted and that the consultation provides an opportunity for the Government to revert to pre-2006 IHT rules for trusts, and simplify the taxation of trusts generally.