Accept Innovations For What They Are 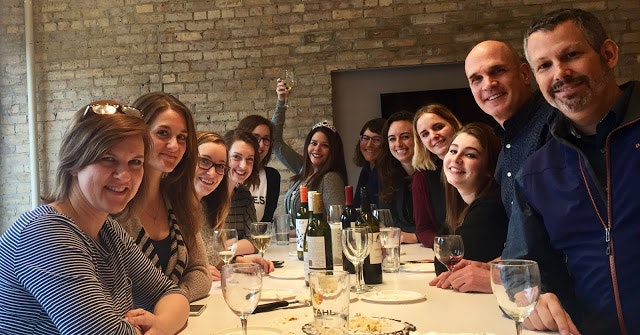 But how many truly do? And when they don't change the world or have the transformative or financial effect we expect, do we find ourselves not calling them innovations any longer? If so, that doesn't seem quite right.

Perhaps our expectations of innovations are simply unrealistic at times.

[Meanwhile, in the remote recesses of my brain']

It was raining in Minneapolis on July 4, 1997. It was raining pretty hard in fact. I know this because that was the day I saw the movie Con Air ' a movie I wouldn't have likely bothered to see in the theater, except that the rain had put a damper on normal outdoor activities with my wife's family and Con Air apparently was the only movie all in attendance could begrudgingly agree on for some reason.

Having watched many a movie throughout my lifetime in a plethora of genres, I had a basic appreciation of Con Air before ever stepping into the theater. And it wasn't because I had read reviews, seen a preview, or heard about it from a friend. I simply understood Con Air to be a summer action flick. It was going to be over-the-top, unrealistic much of the time, perhaps a bit corny, likely to have more than a couple of in-your-face explosions, and a basic lack of sophisticated dialog. I'm not certain whether it registered at the time that the movie was produced by Jerry Bruckheimer. This fact in and of itself would have set the tone for me. My expectations were calibrated. When the lights went down, I sat back to enjoy the ride.

The movie was what I thought it to be. But based on the discussion that ensued after the movie it was obvious that everyone else, besides me and my wife, had not appreciated the movie for what it was. Either their expectations were completely off, or they had hoped for something decidedly different. 'It wasn't realistic. The dialog was terrible. The plot unplausible. There's no way a plane would ever crash like that on the Vegas Strip.' I'll readily admit that the movie wasn't that great. It's the kind of flick you end up watching late at night on TBS when nothing else is on. But in that moment, Con Air had apparently become the worst movie they had ever seen.

Really? What exactly were they thinking when they went into the theater? Obviously they weren't quite able, ready, or willing to simply accept Con Air for what it was ' a summer action flick. It's as if the appropriate criteria for evaluating the movie-going experience was left at the concession stand.

Do we sometimes do this to innovations? Are our expectations sometimes too high (or sometimes even too low)? Do we at times simply use inappropriate criteria to evaluate them?

Innovations come in all shapes and sizes. Some are better than others. Some we could perhaps do without. Hairagami is different than an iPod. I prefer Dippin Dots over Slow Churn ice cream. The theory of relativity is decidedly not the same as credit default swaps.

What do you expect from your innovations?

Con Air cost about $80 million to produce and grossed just over $224 million worldwide. Not too shabby for the worst movie ever. And somewhat ironically, Con Air actually received two Academy Award (Oscar) nominations in 1998 ' one for Best Music, Original Song, and one for Best Sound. It's also worth noting the movie took home the 1998 Razzie in the category of 'Worst Reckless Disregard for Human Life and Public Property'. In the end, you just have to have the right attitude toward certain things and simply accept them for what they are. Innovations are no different.