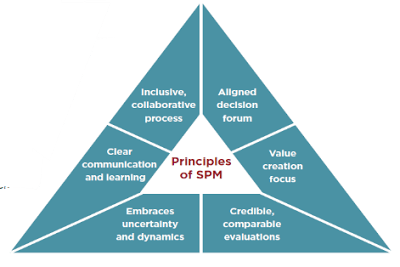 I was driving down Highway 61 yesterday. The Highway 61 - the one immortalized in the 1965 Bob Dylan song "Highway 61 Revisited". While driving back from a Memorial Day weekend up north with my family, I was trying to avoid some construction traffic on Interstate 35 and I found myself on a small section of Highway 61 (a highway that runs from northern Minnesota all the way down to New Orleans). And although I was only on 61 for a short while, it got me thinking again about Bob Dylan.

I kept thinking about last week's post and 'The 70 Greatest Dylan Songs' cover story from Rolling Stone magazine the week before. And the Manchester Free Trade Hall concert in '66. And Michael Portnoy's 'soy bomb' dance thing at the 1998 Grammy Awards. And the at times intelligible growl-like vocal mumblings. And the scruffy hair. And the'well, you get the picture.

Bob Dylan was creative, and innovative and eccentric, and so on, and so on. He's considered a living legend. But he's had his critics. And that's what I started thinking about while driving down Highway 61.

There are those that don't care for Bob Dylan's music. That's certainly fine. To each his or her own. There are some though that criticize him not necessarily directly for his music, but for other things. Bob Dylan cultivated an image early in his career built around folk music. Acoustic folk music. Then he went electric. Bob Dylan was criticized.

Throughout his career Bob Dylan has cultivated the image of a recluse. He's been anti- establishment. He's also the guy that more recently did some ads for Victoria Secret, that big retail brand that's pretty much as far away from anti-establishment as you can get. Bob Dylan was criticized.

Bob Dylan is the guy that wrote all those protest songs. He's for personal and political freedoms. Just a couple months ago Dylan went to China and sang what was construed as a censored set list. Bob Dylan was criticized.

I guess my point is this. Change is a hard thing to swallow sometimes. You can spend a fair amount of time developing a reputation, or an image, or even an innovation. And when you decide to deviate from what might be considered your next expected move, you better bet you'll get some criticism. Just be prepared.