Is AI and technology for good - or evil? 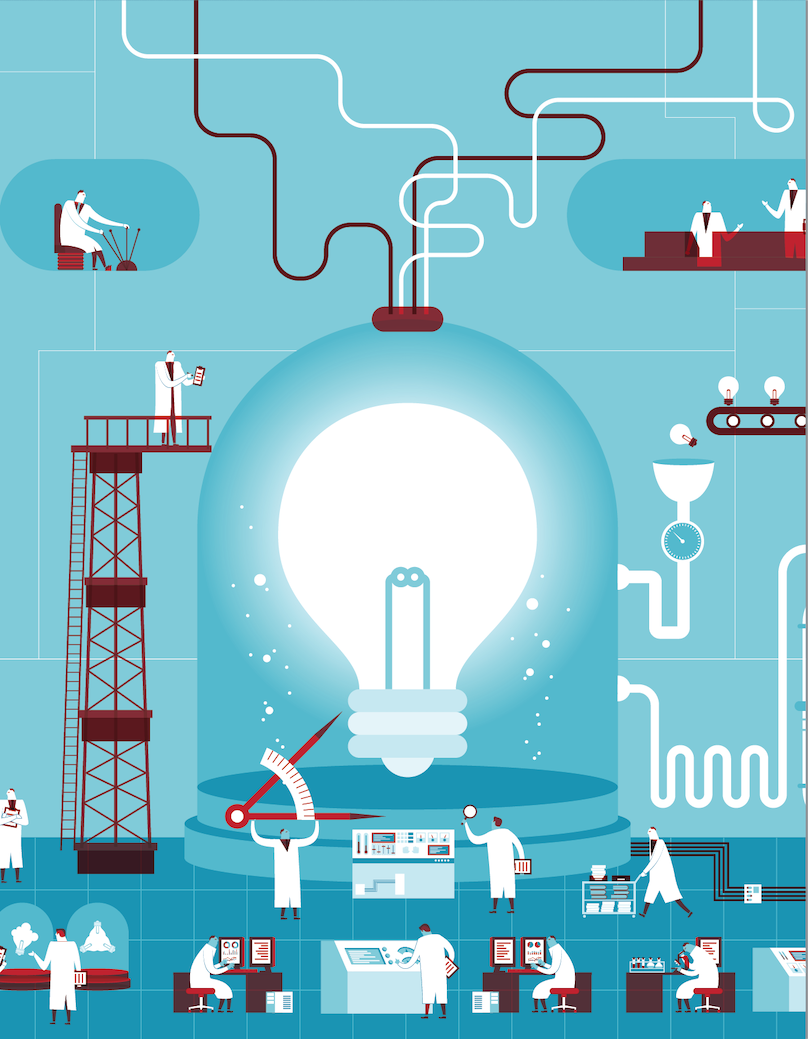 With the future a more pressing discussion than the present in asset management, what do the global experts believe we are about to experience? A live report from FundForum International 2019.

Change is coming, whether the asset management industry likes it or not. And if it doesn’t adapt, it will find other players have got there first. Facebook’s recent announcement of its own digital currency, Libra, should be seen as a warning shot across the bows.

That was the key message from the first morning of the FundForum International Main Conference in Copenhagen on 25th July 2019.

A number of speakers and panels looked at shifting global mega-trends – specifically the role of AI and digital technology.

Financial services are at the centre of three simultaneous revolutions, according to keynote speaker Erik Brynjolfsson, Director of the Initiative on the Digital Economy at MIT, Professor at MIT Sloan School of Management and author of several books including “Machine, Platform, Crowd: Harnessing our Digital Future.”

After the great shift from steam to electricity a century ago, it took a generation before it resulted in significant growth in productivity. This demonstrates that it is the mindsets of managers and cultures of businesses that need to change as well as the technology. Once business models are reorganised around the new realities, the true potential is unleashed.

The three revolutions happening today are the shifts from mind to machine, product to platform, and core to crowd.

Data Driven Decision-making (DDD) is shaking up the entire economy. Traditionally, decisions have rested on the intuition or opinion of HiPPOs – the Highest Paid People in the Organisation. Now more decisions are being made by the Geeks – people who understand data analytics and can use actual facts and evidence to back up their thinking.

There is 100 times more data available to decision makers now than just 10 years ago. In industry after industry, from finance to sports and even academia, the same pattern is being repeated: those who adopt DDD are winning. Over the last 5 years the adoption of DDD has tripled in the US, with average boosts of 4% in productivity and 6% in profitability.

Recent breakthroughs in the technology, such as voice and face recognition, autonomous vehicles and robotics, and problem solving, have been driven by a branch of machine learning called Deep Learning. This relies on complex neural networks to spot patterns and react to them in ways similar to a human.

It is possible to map which tasks in the economy are likely to be taken over by machines. From data collected by the US government breaking down every task in every profession in the country, researchers have created 21 questions that test how suitable each task is for machine learning.

The data shows that workers across the income scale will be affected (although there is a slight trend showing that lower paid workers are more prone to replacement). At the moment, there is no correlation between the valuation of a company and the likelihood of its processes being automated. That is something likely to change over the next five years.

The 7 most valuable companies in the world right now are platforms. This is a new phenomenon.

The value of these platforms lies in the ecosystem of services around them, rather than their own particular product. Take Apple, for example. Steve Jobs initially resisted the idea of opening up the App Store to outsiders. Now it is the apps created by those outsiders that are largely responsible for the success of the iPhone and iPad.

Simple network effects amplify the value of each connection multiple times. Modern digital business models often rely on two sides networks. For example, Uber has an app for customers and an app for drivers. The value of the app for customers is driven by the use of the app for drivers, and vice versa. This kind of business model can mean that it might be profitable to give services away for free on one side of the network (or even pay people to use them as credit card companies do with reward points) in order to extract more value from the other side.

No matter how smart the people are in your organisation, there are more smart people outside it. And because they approach problems in different ways from your core team, they might find better solutions. A problem that might seem difficult when approached from the perspective of an asset manager who sees the world in one way, could be straightforward to somebody trained in a different discipline.

Equally, the value of a service may come from the data it sources from the crowd, rather than its intrinsic design. Google’s algorithms work so well not just because they are well designed, but because every time anyone links from one webpage to another, the algorithm learns from it.

Professor Brynjolfsson ended with a word of warning: the digital revolution may increase the size of the economic pie, but there is no guarantee that the benefits of that will be spread evenly.

Technology revolutions, inequality and a new role for asset management

That challenge was taken up by subsequent panels, looking at what role asset management could play in spreading wealth and opportunity more widely.

A stark picture was painted by Michael O’Sullivan, author of “The Levelling: What Next for Globalisation?” and former CIO and Managing Director of Credit Suisse in the Private Banking & Wealth Management Division.

"Professor Brynjolfsson ended with a word of warning: the digital revolution may increase the size of the economic pie, but there is no guarantee that the benefits of that will be spread evenly."

Central bank policies such as QE have pushed asset prices to extremely high levels. Indebtedness has risen to a level not seen since the Napoleonic Wars. Ageing populations are slowing growth and lowering returns. This means ESG policies are more important than ever, to counter the exclusion of many people from the benefits of investment, and the resultant rise in populism and anti-globalisation.

Rose St Louis, Head of Strategic Partnerships at Zurich, called for greater collaboration between financial service sectors. She warned of a growing gap between what many customers actually want, and what asset management sets out to deliver. The metrics used to define success in the industry – benchmarking, outperforming the market – mean little to people who want to know in simple terms what will give them enough to last them through retirement, or to be able to afford a house.

While asset management largely focuses on competing for the needs of the most attractive clients – high net worth individuals – other players will address the unmet demand from the rest of society, particularly the young. For example, health providers and other insurers are beginning to offer discounts in exchange for personal data. That data is helping them understand how people actually live and spend, giving them the opportunity to tailor products to meet those needs.

Asset management needs to become part of a broader ecosystem that taps into these trends in order to be relevant to people. It is struggling to remain relevant now. The danger is that if asset managers don’t find ways of expanding access to more people, then regulators will force their hand. Or, even worse, someone like Facebook will do it instead.

One of the most talked about, yet least understood, aspects of the digital revolution is the impact of blockchain. A panel of experts from various sectors cut through the hype to get to the truth, including Joe Saliba, Deputy CEO of CACEIS; Neil Ward, CEO of KNEIP; and Laura Bailey, Chairperson of Qadre.

Blockchain (as distinct from cryptocurrencies) undoubtedly has potential, but many are still unsure of how far reaching it could be. Proponents like Laura Bailey see a tipping point, with blockchain on the verge of bursting into the mainstream, reducing costs and barriers to entry, and improving transparency and trust.

"Asset management needs to become part of a broader ecosystem that taps into these trends in order to be relevant to people."

A more cautious note was sounded by Neil Ward, who still sees significant developments some way off. But although he argues that progress should be led by customer demand, he warned that companies still needed to keep track of what is going on. Asset managers need to be ready to move swiftly if and when the market does suddenly take off – once the dam wall breaks, it will be easy to be left behind.

Watch below to see BrownBrothersHarriman's Simone Vroegop discuss how to capitalise on AI in asset management.