Beyond the Products We Sell 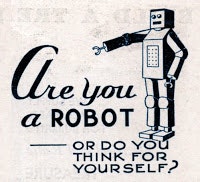 'How strange is the lot of us mortals! Each of us is here for a brief sojourn; for what purpose he knows not, though he sometimes thinks he senses it. But without deeper reflection one knows from daily life that one exists for other people ' first of all for those upon whose smiles and well-being our own happiness is wholly dependent, and then for the many, unknown to us, to whose destinies we are bound by the ties of sympathy.' - Albert Einstein

What follows is a bit of a departure from my normal writings on innovation. There's a loose tie-in to the overall concept of innovation, but I must admit this is essentially an entry for what might better be called The Blog Less Traveled. If you're looking for information to jump start a creative initiative, or a description of a wonderful new innovation process or technique, don't bother reading further. This entry is about innovation beyond products and services.

A while back my son decided he wasn't going to have a traditional birthday party. With the support of my wife and me, and having seen his older sister have rewarding fun with her friends a couple years ago, my son chose to celebrate his birthday this year by taking a bunch of his friends to Feed My Starving Children. No presents. Just the presence of friends and a willingness to work a bit. After loading up three minivans and donning hairnets upon our arrival, we received our food packing instructions and got to work. By shift's end, a dozen nine year olds from our group, along with two other birthday groups and adult chaperones, packed enough food for almost 15,000 meals. Enough food to feed 41 kids in an impoverished area of the world for an entire year. Not bad. Not bad at all.

Over the years I've done a fair amount of volunteer work. At school, at church, in the community, and on my own with organizations like Feed My Starving Children, various shelters, and local food shelves. What struck me the other night though as I was reflecting on my son's birthday party and my own volunteer experiences over the years, was that I've not had significant volunteer opportunities through my places of work. I've worked for and with a variety of big and small companies throughout the years and haven't once done volunteer work with co-workers. There have on occasion been a few proactive employees at various companies for whom I've worked who have attempted to be good social citizens and organize a small volunteer activity or two here or there. Such efforts have been disconnected and random though and never seemed to fit into my family schedule. They were always after work, not during. And with three kids and a whole host of other personal commitments, this has never seemed like a good option for me.

Most major corporations have foundations through which they donate money to worthy causes. These foundations typically allow corporations to continue a steady stream of giving in good corporate times and bad. The fact that these foundations exist is a great thing. I wish more small and medium size businesses had the desire and wherewithal to establish such entities.

But what about some sweat equity? Is it enough to simply write a check? Certainly charitable organizations need money and none of them are likely to turn down donated funds. But why don't more companies get their hands dirty, literally speaking?

Data from the Bureau of Labor Statistics in the U.S. shows that the number and percentage of Americans who volunteer each year has declined since 2005. Some speculate, along with other factors, that Americans have less free time because of do-more-with-less workplaces. Seems like there's something wrong with this picture. Why not make volunteerism part of our official professional lives?

I have no doubt there are co-workers throughout the world doing great volunteer work together. I admittedly am a bit cynical. It often seems to me as though corporate PR departments are quick to tell us about what appear to be semi-staged volunteer events. It's almost as if the volunteer work wouldn't be performed unless there was some good PR to be had. Why are volunteer activities put in the hands or PR departments, or relegated to associates in HR, or left to grassroots efforts by a few enthusiastic employees? Is it too much to expect that CEO's and other senior executives throughout the world should embrace volunteerism as part of their corporate identities? Think of what could be accomplished throughout the world if employees were allowed, on company time, to volunteer once a month, once a quarter, or even simply once a year to some charitable organization. Why don't more organizations make mandatory and regular community work a part of their formal employee activities?

If you think you'll lose precious man-hours by letting employees volunteer on company time, I'd say I think you're mistaken. I can't prove it, but I have to believe morale goes up, productivity goes up, and turnover goes down in an environment that embraces social responsibility.

I believe what we do to help our communities is as important as the innovative products we sell to them.

I wish more CEO's and senior executives in big and small companies all over the world would make community involvement a priority and part of their company identities. Arguably this isn't their responsibility though. Then again, arguably it's everyone's responsibility.

Two roads diverged in a wood. Which one is your CEO on? To embrace volunteerism as an integral part of your corporate identity'now that would be innovative.