Biotech VC Down 20% in US as Policies Drive Away Foreign Investors, BIO Says 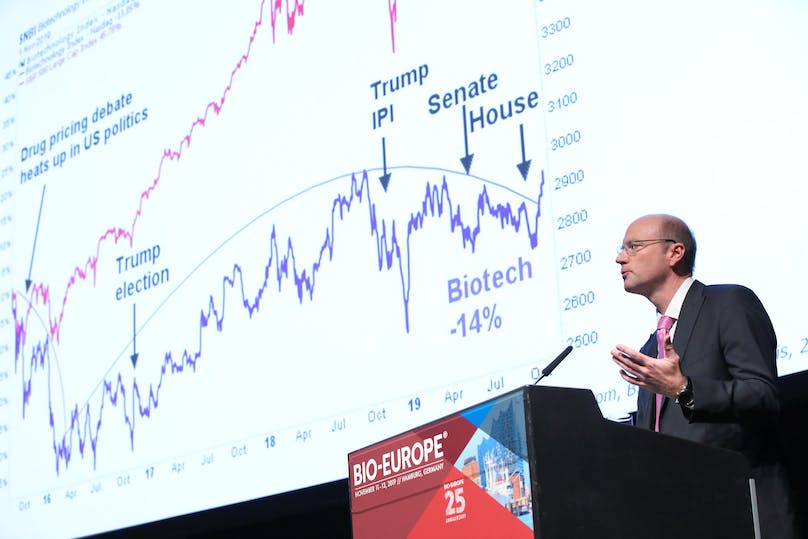 Xconomy National - Reforms to a US national security regulation are putting off foreign investors and driving down VC investment in the biotech space by as much as 20 percent, says BIO’s David Thomas.

In August 2018, Congress passed the Foreign Investment Risk Review Modernization Act (FIRRMA) as part of the Fiscal 2019 National Defense Authorization Act. The Act broadened the scope and oversight of the Committee on Foreign Investment in the United States (CFIUS) to include the review of foreign investments in companies involved in critical technology, all in the name of national security.

Whether the ruling was intended to specifically curb investment from China, as many commentators at the time suggested, it has had an adverse impact on venture capital (VC) investment in biotech, according to the Biotechnology Innovation Organization (BIO).

David Thomas, vice president of industry research at the advocacy group, told us that Congress “expanded the regulation to include biotechnology as one of these core areas that needs to be governed for national security purposes,” and additional procedures have made foreign investors look to other markets.

US companies with foreign investment now have to go through an application and review process which can take months and involve substantial legal fees, Thomas told Xconomy journalist Mike Ward at the recent BIO-Europe® event in Hamburg, Germany. “It’s starting to slow things down, and we’ve seen a couple of investments not go through because one of the key components of a deal was this outside, foreign investment.”

BIO uses multiple databases to track the biotech market, and while official figures for 2019 will not be available until the beginning of next year, preliminary numbers show investment in VC is down around 20 percent on the year prior.

“We actually see it going up in Europe where we don’t have that policy,” Thomas continued, adding a further expansion in CFIUS’ remit is only going to push investors further away from US biotech companies.

“They expanded the review to incorporate companies working on genetic data of patients. If you have genetic data stored on your server, you would also potentially [fall] under the rules and regulations, so that is pretty much everyone working in cancer and rare disease where you need some type of genotyping,” he added.

This latest expansion of CFIUS is only in a pilot stage, and Thomas said continued advocacy could help reverse the VC spending trend. “The government is trying to find out where to draw the line and BIO’s role is to have conversations with the Treasury to identify how broad this is and maybe where that scope could be narrowed.”

Thomas also spoke about the impact of proposed pricing controls in the US, specifically plans to reference drug prices in the US to those in Europe and Japan. The result, he said, is that the biotech index is down 13 percent over the past four and a half years, when conversations about drug pricing really began. “Things have gone up and down but really never recovered back to those 2015-2016 highs,” Thomas added.

The most extreme plan is the Democrats’ HR3 Bill, put forth by Speaker Nancy Pelosi. The Congressional Budget Office (CBO) said in October that the bill could lead to a reduction in drug manufacturers’ revenues of $500 billion to $1 trillion over the next 10 years and “would lead to a reduction of approximately eight to 15 new drugs coming to market.” The FDA approves about 30 new drugs yearly, suggesting it would otherwise OK about 300 in that time, the CBO noted.

BIO’s own analysis, done in conjunction with the Pharmaceutical Research and Manufacturers of America (PhRMA) and the Council of State Bioscience Associations (CSBA), has placed the figure at around 56 fewer new medicines for patients over the next 10 years, but Thomas told us the actual figure could be even higher in the longer-term.

“Some of the companies that are just starting off right now with great innovations are going to take 10 to 20 years,” he said. “There is going to be less capital going into those companies, and so it could be another zero on the end of that if you look at the longer timeframe. It would be devastating to innovation.”

And with most pharma firms fixing their R&D budgets as a percentage of their revenues—roughly 15 to 20 percent—controlled drug prices would mean less R&D, less innovation, and less money for partnering activities, he added. “There might be less beneficial deal terms here [at BIO-Europe] or less deals overall, which impacts everyone here at this event.”

Gain more insights into venture capital investment in biotech by attending Biotech Showcase™, the investor conference that drives the future of drug development.

This article was originally published on Xconomy. https://xconomy.com/national/2019/11/29/biotech-vc-down-20-in-us-as-policies-drive-away-foreign-investors-bio/