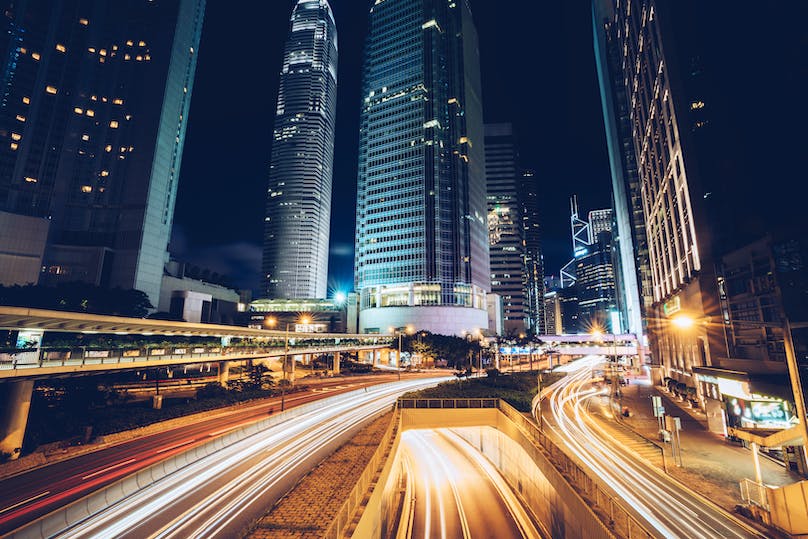 More than $1.5 billion in cash flooded into four IPO offerings for China-based drug developers this year.

These were just the first. The China biotech IPO opening was—and will continue to be—a big ongoing story.

In April, the Hong Kong Stock Exchange relaxed rules allowing public stock investment in pre-revenue (development-stage) biotech companies. In July, the first such company (Hangzhou-based Ascletis Pharma) took advantage of the situation and went public in Hong Kong. Some predictable Wild West up-and-down stock action ensued. As the initial wave of enthusiasm passes, what are the main forces at work that will shape the market in the year ahead?

Read this exclusive report on Six Things to Watch in China Biotech by Luke Timmerman, founder of Timmerman Report, and see why you should gain even more exposure to the fastest-growing healthcare market in the world by attending conferences like China Showcase January 12, 2020, during Biotech Showcase.

Much gets said and written about China playing the long game in economic development. Quite a few reforms are happening simultaneously. Through the Made in China 2025 government plan, published in 2015, the government made clear its intent and strategy to become a leading biotech innovator, not just the manufacturing shop of the world.

China has seen how the playbook works in the US. Investment in basic science, plus investment in education/human capital, are where things start. Relaxing stock market restrictions, allowing pre-revenue biotech companies to tap into the deep pools of capital from public markets, is another step. Then there’s effort to bring high scientific standards and consistency to regulatory reviews, like that of the US FDA.

Some key building blocks have been put in place, rather quickly.

“Until today, there literally wasn’t a biotech sector in China,” says Brad Loncar, the investor who created the Loncar China BioPharma Index and the China BioPharma ETF. “Before today, most of the pharma companies there focused on generic drugs and just manufacturing existing drugs. There was very little innovation throughout the entire healthcare sector. It’s truly changing overnight.”

China bulls have reasons to be optimistic. But markets tend to focus more on the short term. In the short term, things can get jittery. Perceptions matter, sometimes more than reality, and sometimes the perceptions create their own reality.

With that in mind, here are Six Factors To Watch in China Biotech in 2019.

The trade war between the US and China has been escalating bit by bit throughout 2018, with tariffs placed on soybeans, solar panels, steel and more.

What effect does the ongoing trade war have on biotech? Not much, at least directly. China eliminated its tariffs on 28 classes of medicines in May, including the 5–6 percent charge on imported cancer medicines. “The trade war shouldn’t really impact this industry,” says Loncar. “China eliminated tariffs on cancer meds to zero earlier this year. They want to do the same for other medicines. That was a message. Both sides are smart enough to not use human health as a bargaining chip.”

Maybe. But even if the effects of a trade war are indirect, the indirect effects can put a considerable chill on all sectors which depend on US-China trade. That includes biotech.

The trade war isn’t the click-iest of subjects for the average news consumer, but it is top-of-mind for people with real money who invest and read the WSJ, Bloomberg News, and The Economist. The uncertainty of the trade war shows up in the market. The average China biotech stock is down 30 percent from the peak in the summer.

It’s time to practice your pronunciation of an obscure regulatory agency within the US Treasury that is causing headaches with regard to Chinese investment in private US biotech companies. It’s called CFIUS—(most people seem to pronounce it siff-ee-us).

Here’s the deal. The Foreign Investment Risk Review Management Act (FIRRMA) of 2018 calls for the Committee on Foreign Investment in the United States (CFIUS), to review investments by foreign nationals in domestic companies where a national security risk could be posed. New rules need to be clarified within 18 months, to provide real definitions on what constitutes “critical infrastructure” or “sensitive personal data of US citizens.”

Theoretically, any US-venture-backed biotech company with Chinese investors on the board, and in which genomic data is collected, could be subject to a time-consuming regulatory review.

Alexis Borisy of Third Rock Ventures, and chair of the National Venture Capital Association, said there’s a tension now between the national desire for fair trade (which involves more intellectual property protection), and a desire to attract capital from around the world to invest in groundbreaking US biotech companies. “Some deals simply won’t happen,” Borisy recently lamented to Nature Biotech, if the rules are written and interpreted in such a way as to slow down or discourage foreign investment in US biotechs.

Loncar said the uncertainty around the interpretation of this new law is causing serious heartburn for China-based investors in the US: “Literally until a month ago, Chinese venture capitalists and investors felt like they had unfettered access to make investments in the US,” Loncar said. “Now they worry the opposite may be true, that they could be shut out. It’s a typically bureaucratic government law that could be interpreted five different ways. Lawyers are working overtime on figuring out what the right way is.”

CFIUS has 18 months to work out the details. Its job will be to find the line between protecting national security and encouraging foreign investment in companies based in the US.

China may be able to move fast on important fundamental aspects of biotech-sector building, but one thing is guaranteed to move slowly—attitudes and intellectual frameworks/stereotypes in how each side views the other.

For example, when a Theranos-type fraud occurs in the US, it is usually viewed by most market observers as an isolated scandal. It doesn’t usually cast doubt on an entire sector, depressing investment for months or years. When US investors hear news of data fakery or intellectual property theft in China, however, the natural market reaction is swift and severe. It confirms deep-seated fears and biases.

When reports surfaced last summer of a China-based company faking data around a rabies vaccine, it cast a pall over the entire Hong Kong biotech stock market in its earliest days. Essentially, it was an “Oh, no, here we go again,” kind of reaction. When a short seller raised questions about data forging in the Nanjing Legend anti-BCMA CAR-T immunotherapy that Johnson & Johnson has partnered with, the stock of Genscript, the parent of Nanjing Legend, plummeted 47 percent (even though it has mostly recovered since). When charges were filed recently against former Genentech employees for stealing trade secrets on biologics manufacturing and handing them over to a biosimilars manufacturer in China, you know it sent a shudder down the spine of every C-level executive in the international Top 20 of biopharma.

Fair or not, this is how people will continue to react for a long time. It makes for persistent “headline risk”—as any bad headline, amplified by social media confirmation bias chambers, can trigger a major selloff.

How IP gets handled between China and the US in the trade war could be one of those.

Debra Yu, managing director of Cross-Border Healthcare Investment Banking at China Renaissance, said concerns about IP still come up with regularity in meetings with US biotech companies. “I hear people say, ‘If I go to China, they’ll steal my IP.’ Oh come on. Yeah, and I’m wearing leg warmers and it’s Flashdance and it’s 1983. That’s such an antiquated notion.”

Maybe it is antiquated. Maybe IP protection is improving. But if the perception remains alive of rampant IP theft, then it still matters and poses a non-trivial risk.

Regulators need to have high standards so that the public knows that when a new medicine is approved, it passed a serious vetting on its risk/benefit profile.

This is a hard balance to strike, and no one gets it right 100 percent of the time, as anyone who covers the FDA knows. But when reports surfaced of the fake data from the Chinese rabies vaccine manufacturer, it triggered the dismissal of the person charged with running the Chinese drug review agency.

A regulatory agency needs strong leadership that can communicate decisions to higher-ups, and protect the technocrats doing the reviews. We’ve seen the FDA go rudderless for long stretches, and then seen the difference it can make with two strong commissioners in a row —Margaret Hamburg and Scott Gottlieb. Someone, at some level, even in an authoritarian country, needs to be able to communicate and effectively explain decisions like the one to exempt 1,200 medical devices and in-vitro diagnostic tests from clinical trial requirements in China.

Things are happening fast at the National Medical Products Administration (NMPA). That’s a good sign. But it will take time, and a track record of consistently reliable and timely regulatory reviews, before markets get comfortable and confident in the NMPA.

All eyes on the first movers

Apologies for the cliché, but success begets success. The first movers in the China-based biotech wave will have a big effect on creating positive or negative conditions for those who come next.

Eyes will be on the first four companies that went public on the Hong Kong Stock Exchange, and the extent to which they are able to do what they say they’re going to do. To recall who they are:

More than one million international students were studying in US Colleges and Universities in 2016–2017, and China is the No. 1 place these students come from with one-third of the total share, according to the Migration Policy Institute. This has been a long-term trend. Many of those Chinese students have been getting first-rate educations at US biomedical research centers.

Talent isn’t as mobile as capital—people have houses and families and community roots, etc. —but talent does vote with its feet over time. A lot of talent has been moving to China-based biotech companies. More than 100 private companies are apparently getting queued up for Hong Kong Exchange offerings, Loncar said. To get 100 companies in shape to make reasonably credible offerings means that, at a minimum, a lot of management teams have been stocked with Chinese executives who have a lot of the transnational experience that investors can bet on.

Consider Jinzi Wu, CEO of Ascletis Pharma. He’s University of Arizona educated, and GSK trained. In a recent Bloomberg TV interview, he said: “I know there is a lot of talent in the US…we have access to a lot of talent globally.”

We can expect to see more people follow the lead of Jinzi Wu. I’ll be watching the personnel announcements, and keeping notes on who moves from Top 20 pharma and from Wall Street to these fledgling little innovators in China.

In the meantime, learn more about how you can attend China Showcase, January 12, 2020 in San Fransisco during the busiest week in healthcare. Meet and network with leading investors to amplify your China strategies.