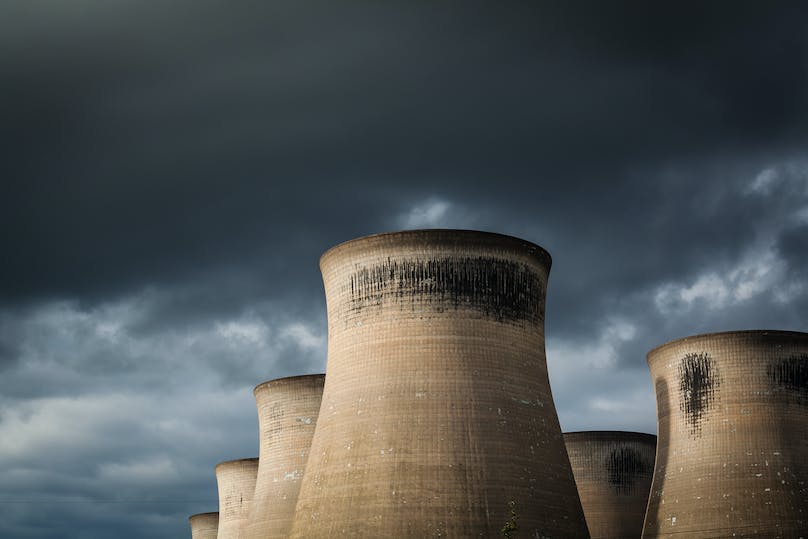 The other is that reforms made to the EU’s Emissions Trading System – the world’s largest carbon market – are creating a more punitive pricing environment for emissions-intensive fuels.

The introduction of the Market Stability Reserve, a mechanism designed to reduce surplus allowances in the carbon market, is placing less efficient coal-fired power plants on the back-burner as higher carbon prices begin to take a toll.

To get a sense of the current state of the European power market, it’s helpful to look back at where things stood this time last year.

12 months ago Europe was blearily recovering from the Beast from the East - the Arctic cold snap which saw much of Northern Europe plunged into sub-zero temperatures.

Although the winter wasn’t an especially cold one overall, the unexpected late timing of the Beast from the East was a shock to gas network operators across the continent.

This was particularly true of the UK, where the closure of Centrica’s Rough storage facility the previous year had left the country short on gas storage capacity. By some accounts, the UK may not have balanced at all if stormy weather hadn’t also driven an increase in wind power output.

There was a perception that things could have very easily gotten a lot worse. “I think we had a bit of a near miss,” Stag Energy CEO George Grant told the Flame conference in Amsterdam shortly afterwards.

Across the continent as a whole, extended cold weather had left storage volumes at their lowest levels in half a decade – below the accepted technical minimums for most years.

Expecting a renewal in winter demand, network operators spent the coming months focused on replenishing storage stocks. Over 30% of North West European gas demand from April to September went towards storage injections as the continent scrambled to refill in time.

Meanwhile, Asian pricing benchmarks like JKM maintained their premium over TTF and NBP, Europe’s leading gas trading hubs. The JKM-TTF price spread in June was almost $3/MMBtu, well above the level needed to nudge cargoes towards buyers in Asia.

But when winter arrived, things didn’t go quite as expected. Mild weather across the Northern Hemisphere led to a reduction in demand for heating in both Europe and Asia.

It also turned out that to avoid a repeat of the soaring LNG prices and gas network congestion seen in the winter of 2017/18, Chinese buyers had shifted their LNG purchasing patterns forward, further compounding the winter’s bearish gas pricing trend.

TTF prices sank by over 50% over the course of the season as Europe soaked up additional volumes that would otherwise have been bound for Asia.

The supply/demand imbalance was not helped by the restart of five Japanese nuclear reactors in 2018, nor by the addition of an extra 41 MTPA of LNG export capacity globally. European LNG terminal send outs in winter rose by 46% year-on-year.

Even as the continent’s LNG imports hit multi-year highs, European storage volumes finished the winter in a far more robust position than they had the previous year. As of the beginning of April, storage stocks remained at 40%, up 22 bcm year-on-year. European hub prices are now trading marginally above their counterparts in Asia, where prices have fallen even more steeply.

In short, what this means is a European energy market flooded with cheap natural gas. Some of this natural gas is coming from LNG, some is in storage, and some is imported via pipeline, as Gazprom sacrifices profits to maintain market share. Low prices notwithstanding, imports from Gazprom in March reached record levels.

Sinking through the coal-to-gas switching range

This is particularly true in Germany and the Netherlands, where plentiful coal generation and a well-connected grid mean that the potential for coal-to-gas switching is greatest.

The actual amount of emissions avoided this year will depend on the duration of the current pricing environment (as well as the movement of volatile carbon prices), but all indications are that 2019 should see substantial reductions in power sector CO2 emissions as a result of coal-to-gas switching.

More aggressive competition from natural gas in the power market will accelerate a coal decline which is already well under way. Even with higher gas prices, CO2 emissions from hard coal fell by 9% last year, and have fallen by 40% since 2012.

Cheaper lignite generators are proving more difficult to budge, but are still trending downwards, with a 3% reduction in CO2 emissions last year.

Reforms to the ETS

On its own, the decline in European gas prices would spell serious trouble for coal generators. But alongside the introduction of the Market Stability Reserve (MSR), coal is facing a perfect storm of rising generation costs and cheap competition from less emissions-intensive fuels.

The Market Stability Reserve was advanced as a partial solution to what has long been perceived as a critical flaw in structure of the EU’s Emissions Trading Scheme.

This flaw became quickly apparent following the financial crisis in 2008. As the number of allowances auctioned each year was fixed at a pre-determined level – and as overall emissions fall when economic activity slows – there was a surplus of allowances in the market.

Carbon prices fell precipitously from a peak of just under €30/mt in 2008 to as low as €3/mt in 2013, at which point the surplus amounted to 2.1 billion additional allowances.

At this level the ETS's ability to disincentivise the use of more emissions-intensive fuels within the power sector was negligible.

To get around the problem, the European Commission began to “back-load” surplus allowances in 2014, holding them from auction under the understanding that they would be re-distributed at a future date.

Carbon prices ticked up a little, but no significant gains were seen until the final months of 2018 - when they shot up to levels not seen since before the crash.

This sudden upward movement came in anticipation of the introduction on January 1st of the Market Stability Reserve, a longer lasting solution to the problem of surplus allowances.

Higher carbon prices are helping gas to make gains in the power sector, but are themselves being weighed down by gas market oversupply. Because fuel price motivated coal-to-gas switching reduces power sector carbon emissions, the demand for allowances is less acute than it would have been without this buffer.

Volatility in carbon prices also reflects the fact that the market is still in the process of adapting to the new conditions brought about by the MSR. This volatility makes the full extent of the threat to coal somewhat difficult to predict.

Volatility is also being driven by uncertainty over the outcome of UK’s exit from the European Union. The lack of agreement on the terms of Brexit so far means that the consequences for the EU carbon market are still unknown.

These uncertainties should not distract from the big picture - 2019 will be a highly significant year for European coal-to-gas switching. Industry observers hoping for the largest possible reduction in CO2 emissions from coal should hope that high carbon prices and low gas prices persist a while longer.