Conflicted About Conflict? Pick A Fight For Innovation. 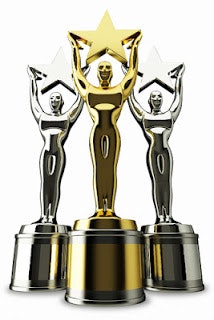 Innovation is not war. Spend a day with troops on an actual military battlefield and you'll quickly realize the relative absurdity of the analogy. Anyone that says different is probably selling something. Conflict does exist though in the innovation process. Or at least it should. And if it doesn't exist in your innovation processes, go find some. Create some.

Being from the Midwest United States, specifically Minnesota, I and those around me (Minnesotans in general, not those literally around me) are often said to slide into the proverbial 'Minnesota nice' demeanor when interacting with others. Conflict is not a first choice. In reality, unless you have some sort of dysfunctional abrasive personality, I don't think it matters whether you're from Minnesota, or the Midwest, or anywhere in particular throughout the world for that matter. People don't often intentionally seek conflict. Whether verbal, physical, or psychological, it's most often something we avoid.

Ironically, conflict (and its scrawnier cousin tension) is an important element of the innovation process. Higher quality decisions, and better ideas and subsequent successful new products emerge from environments with an element of conflict, than from docile, consensus-laden encampments.

In his book Death By Meeting, author Patrick Lencioni suggests meetings often suck (suck being my word not his) because healthy conflict is often absent. Differing opinions are easily watered down in certain environments, and thus buried conflicts may never surface. Lencioni suggests leaders should foster passionate discussion and force participants to air latent issues. Doing so leads to a more effective decision-making process and ultimately better innovations.

When working in groups or as part of a team, I've often found it most enjoyable to work with like-minded people that share similar interests and hold similar opinions. Conflicts are minimized. Team members are generally agreeable. Work in such an environment can be downright fun at times. But that doesn't necessarily mean the team will be all that effective. In fact, as author James Surowiecki points out in his book The Wisdom of Crowds, one of the important elements in decision-making groups (assuming you want to make good decisions) is diversity ' age, gender, training, perspective, mindset, cultural, etc. Turns out the more people in homogeneous groups talk with one another about a particular topic, the dumber they get. Although people prefer to work in homogeneous groups, quality decisions emerge from conflict, not agreeableness.

The next time you emerge from a Stage-Gate' meeting or other important decision-making innovation discussion, I'd hope all in attendance are on the same page ready to execute against the plan. During the actual meeting however, I'd hope for some healthy discussion, interjected with tension and conflict. Whether you'll actually enjoy the meeting itself at the time, is a decidedly different issue. Just know, assuming the discussion doesn't come to blows, that you'll likely be better off because of some conflict.