Decarbonisation: the Outlook from Flame 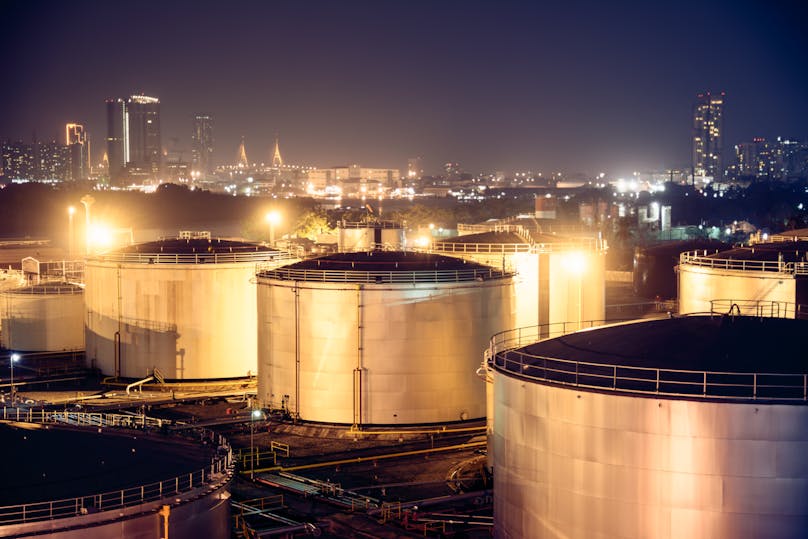 The Scale of the Challenge

If a clear message emerged from the discussions around decarbonisation at the 2018 Flame conference, it was this: that the challenges involved with reducing emissions are severe, and that there is no room for complacency about the role of gas in achieving this end. In the words of Oxford academic and energy policy expert Dieter Helm, “despite all the hype, despite all the enthusiasm, despite all the goodwill, and despite the seriousness of the situation, we should start by being coldly realistic… the battle against climate change is being lost.” Against this ominous backdrop, natural gas is the energy transition's big “question mark”.

No doubt Helm’s view is an extreme one. But many of the facts that emerged over the course of the conference appear to support his case. For instance, Cameron Hepburn, another Oxford academic, worries that the scale of the energy system’s inertia may prove too much to overcome. Even if new investment in fossil fuels is immediately halted, Hepburn’s estimation is that a further 300 billion tonnes of carbon will be released over the collective lifetime of the existing infrastructure. That would put the planet 60 billion tonnes over the 240 billion tonne carbon budget specified by the Paris climate accords. Even more worrying? Far from winding down the existing infrastructure, new projects currently in the pipeline are expected to contribute another 270 billion tonnes of CO2.

From Coal to Gas

There is one thing we mustn’t lose sight of when contemplating such a negative prognosis: some of the greatest decarbonisation success stories over recent years have not been about the switch from fossil fuels to renewables. Instead, they have been about the switch from coal to natural gas. Uniper CEO Klaus Schafer points out that in the period from 2000 - 2016, the United States achieved a reduction in CO2 emissions of 21%, chiefly because of the cheap and abundant natural gas supplies made available by the shale revolution. In the same period, the UK power sector achieved an emissions reduction of 50% through phasing out much of its coal fired power capacity (with the aid of a carbon floor price).

These success stories can be contrasted with the comparative failure of the German Energiewende. Despite its strong emphasis on renewable power, the Energiewende’s assault on the nuclear sector resulted in the introduction of 13 gigawatts of new coal-fired power capacity, actually pushing German carbon emissions upwards after decades of decline. The lesson that emerges from the failure of the Energiewende is that as important as supporting renewables may be to the energy transition, the phase out of coal - and its replacement by natural gas - is the more pressing task. As Klaus-Dieter Bochardt of the European Commission told the Flame conference, “natural gas is a low hanging fruit. If you really want to have real results in the short-term period, replacing coal by gas is something that in my view needs to be done.”

The Danger of a Lock-In

Over the long-term, the picture becomes more complicated. One concern among advocates of decarbonisation is that investments in natural gas may lead to a “lock-in”: a situation where the assets already submerged in the gas networks make it extremely difficult to reduce our dependence upon them. This could be problematic if doing so proves essential to decarbonising. Bas Eickhout, of the Dutch Green party, points towards the current delay in phasing out Belgium’s out-of-date Nuclear Power plants as an example of the lock-in effect in action. The obvious counterargument is that developing the gas network does not represent a lock-in, as the network itself can be decarbonised through the introduction of green gasses such as hydrogen or biogas. Eickhout’s worry is that some of those who employ this line of reasoning may not be entirely sincere (after all, the the fossil fuel industry would be the greatest beneficiary of a lock-in for gas).

Another perspective worth considering is that the economics of a fossil free future could start to push natural gas out of the picture faster than the industry is prepared to admit. Seb Henbest, of Bloomberg New Energy Finance, argues persuasively that the economics are swinging rapidly in renewables’ favour. “For every doubling of installed capacity or manufactured capacity,” Henbest told attendees, “we see a 20% reduction in the cost of solar PV modules.” This cost curve is a product not only of the economies of scale achieved by manufacturing solar panels on mass, but of the incremental build up of “micro innovations” and “step changes in efficiency” that make each new generation of PV solar generation cheaper and more effective than the last.

Similar stories are taking place in wind power and battery storage. Batteries, in particular, could have a substantial impact on the gas industry even in the near-term. Henbest points towards a recent incident in Australia as an example of the kind of role batteries are beginning to play. After the Loy Yang coal-fired power station suffered a sudden and unexplained outage in December last year, a massive Lithium Ion battery system installed by Tesla stepped in, stabilising the grid for the eight seconds needed for power to be restored. “What we think batteries are increasingly going to do is shave off the most valuable hours in the system,” Henbest told attendees. “Losing your most valuable megawatt hours is not the same as losing any old megawatt hours in the day.”

A Story with Two Sides

Impressive as the falling costs of renewable power projects may be, for Dieter Helm they are only half the story. “We hear a lot about how other technologies like wind and solar are going to outcompete gas, and how their costs are falling so fast that fossil fuels will not be able to compete,” he says. Proponents of this view “focus on the good stuff, how fast the costs are falling… but what they never mention is how fast the cost of fossil fuels are also falling.” The shale gas revolution is all the evidence needed that innovation has not been limited to the renewables sector, and is unlikely to become so any time soon. As Robert Kleinberg of the National Academy of Engineering points out, technically recoverable oil and gas resources in the US alone have increased by a factor of seven in the last ten years.

In Helm’s view, a new regulatory approach for Europe in urgently needed. Preferably, it will involve wider adoption of carbon floor prices, much as in the UK, but harmonised across the continent to prevent “trading around inconsistencies.” Helm is not optimistic about this level of regulatory cohesion, however. “The European supertanker will carry on until the outcomes become sufficiently bad that it has to change course,” he predicts. The responsibility for taking on the regulatory burden of decarbonisation will therefore be more likely devolve to the member states. Let us hope they are up to the challenge.

Interested in hearing more about decarbonisation and the energy transition? Join us at next year's Energy Transition World Forum.