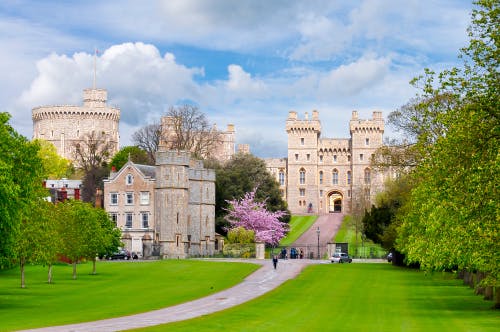 When a fraud is suspected, a business will turn to its professional advisors to investigate if wrongdoing has occurred. Witnesses will be interviewed, forensic investigators will trawl through papers and documents will pass between the business, its lawyers, and third parties. In this article, Elaina Bailes, Senior Associate at Stewarts, summarises the English law on privilege and covers four key questions fraud practitioners should ask themselves, whether trying to protect legal privilege during an investigation or later arguing for documents to be produced.

The law on privilege in England and Wales

There are two main types of privilege:

o    Litigation was “reasonably in prospect”, and

o    The contemplated real likelihood of litigation must be the sole or dominant purpose of the communications.

Whether either type of privilege covers a document will depend on the specific facts. The court will look at the content of the document, the purpose for which it was created, who it was created by and who it was provided to in order to establish whether the requirements of the tests are met.

When an organisation seeks legal advice, they will generally do so by tasking certain employees to engage with in-house or external lawyers. English law limits the "client" to those who are authorised to seek and receive legal advice on behalf of a client corporation. Importantly, authority to provide information to lawyers is not sufficient for these purposes.

The practical impact is that when conducting a fraud investigation, where factual information is provided to lawyers (such as through interviewing employees), this will likely not be covered by LAP. Be alive to the fact that potentially damaging information provided by employees may ultimately be disclosable. Similarly, those representing victims of wrongdoing should probe their opponents on the circumstances of the investigation and not assume that all communications with employees will be protected by privilege.

Whilst there has been much debate as to whether this definition is fit for the modern world, its applicability has been confirmed in two recent cases: The RBS Rights Issue Litigation [2016] EWHC 3161 (Ch) and SFO v ENRC [2018] EWCA Civ 2006.

The wider protection of LP, which encompasses communications with third parties, is a useful tool for businesses and their lawyers to fully establish the facts without the risk of creating documents that will later be used against them. The question of whether litigation was “reasonably in prospect” depends on the facts of a particular case, but has recently been clarified in SFO v ENRC.

In this case, the Court of Appeal overturned a controversial first-instance decision, which had held that LP could not apply until the defendant knows full details of what is likely to be discovered or a decision to prosecute has been taken. The Court of Appeal held that a party will need to investigate further before it can say with certainty if litigation is likely, that uncertainty does not mean proceedings are not in reasonable contemplation.

The impact of this recent decision is helpful to those advising at the early stage of investigations, especially if the initial tip-off is speculative. It is also helpful to those advising victims, as the bringing forward of the protection should encourage businesses to fully investigate and engage with regulators/prosecutors. This should lead to wrongdoing being uncovered and rights to redress for victims.

Where a party wishes to claim that he has a right or duty to withhold inspection of a document he must state he has that right/duty and the grounds on which he claims that right or duty. The court has discretion as to whether to order disclosure.

The principles as to what evidence should be provided to discharge the burden of proving a document is privilege were set out in West London Pipeline v Total [2008] EWHC 1729:

(1) A claim for privilege is an unusual claim in that the party claiming privilege and their legal advisers are judges in their own case, subject to the power of the court to inspect the documents.

(2) For that reason, the court must be particularly careful to consider the basis on which the claim for privilege is made.

(3) Evidence filed in support of a claim to privilege should be as specific as possible without making disclosure of the very matters that the claim for privilege is designed to protect.

From a practical point of view, practitioners need to give careful thought as to how to structure evidence in sufficient detail and avoid providing only conclusory evidence.

Where businesses operate globally, documents will be created in many jurisdictions by local lawyers who will likely have considered their own legal principles on privilege. However, in proceedings in England and Wales, unless there are exceptional circumstances the court will apply the English law on privilege. This consideration can be crucial where the protection of privilege is wider in the foreign jurisdiction.

Practitioners should seek local advice as to the rules on privilege and disclosure in the jurisdiction in which the fraud took place and where assets exist. They can then make a tactical decision about the best jurisdiction in which to commence proceedings – the English laws on privilege and disclosure may assist a party obtaining documents that they would not have access to elsewhere.

The above questions illustrate that whether a document will be privileged under English law is very fact specific. It is crucial for businesses to take legal advice to ensure that they know where they stand at every stage of an investigation.