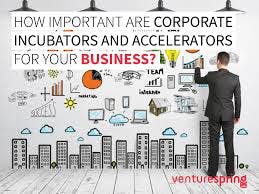 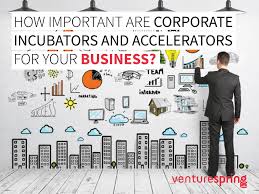 Corporate intrapreneurship is relatively new business
concept aimed at helping large companies advance their disruptive innovation
initiatives. Due to its novelty and immaturity, this model of corporate
innovation obviously needs a lot of refinements. The upcoming Corporate Intrapreneur Summit
(organized by the Institute for International
Research and Culturevate), taking place on
October 8 in NYC, will provide a much-needed platform to discuss gains and
pains corporations can expect when launching intrapreneurship programs.
In the core of the corporate intrapreneurship concept is a
belief that only by institutionalizing the culture of entrepreneurship--usually
associated with startup companies--can corporations succeed in creating new
businesses and new markets. Being a corporate intrapreneur means working for a
large company, yet behaving as a small company's entrepreneur who cherishes
risk-taking and experimentation.
The key question here is how precisely the habit of taking
risky bets and embracing frequent failures can be established in a large
corporation with its dominating culture of certainty, predictability and
precision. Some academics suggested that this can be achieved through an 'ambidextrous
organization,' a corporate arrangement allowing companies support the existing
(core) businesses and entrepreneurial
initiatives simultaneously.
Critics of the concept argue that in real life, ambidextrous
organizations are rare exceptions; the concept simply doesn't work for the
majority of large mature corporations.  Instead
of trying to square peg in a round hole, corporations should tap on the real
source of entrepreneurship: startup companies. This particular point of view
took shape in the idea of 'innovation
ecosystems,' mutually beneficial relationships in which startups would serve
as originators and early testers of disruptive ideas, whereas large
organizations would provide resources to advance the most promising projects.
In practical terms, corporations realize the concept of
innovation ecosystems through creating corporate
incubators and accelerators. According to published
data, only in the last three years more than 50 accelerators were launched
by industrial giants such as Cisco, Coca-Cola, General Electric, IBM and Intel.
Corporate accelerators come in many shapes
and shades,
depending on the degree of connection between a corporation and startups;
however, they all share the same important feature: the accelerator model
dramatically improves the efficiency of the corporate tech-scouting process. In
the past, corporate tech scouts had to approach promising startups one by one; now,
corporations launch an accelerator and get exposed to dozens, if not hundreds, of
small companies willing to join the program. An additional benefit for
corporations working with early-stage entrepreneurial companies is the ability
to influence their development to better align them with the corporate
strategic goals (the ability to 'reverse-engineer' a startup, as Michael Docherty calls
it).
But how effective corporate accelerators really are? A few
days ago, Anand Sanwal, CEO of the startup tracking company CB Insights, unleashed
a surprisingly harsh diatribe against corporate accelerators, which he called
'innovation theater' and even 'a farce.' Mr. Anand asserted that the accelerators
represent no more than a publicity stunt designed by corporations to 'look
innovative' in the eyes of their peers, competitors and investors.
Mr. Anand's penchant for 'take-no-prisoners' language is
well known. However, his knowledge of the startup world can't be questioned,
either. And, by the way, his bold assertion that only 2nd-or 3rd-tier
startups would take part in the corporate accelerator programs is quite
testable: one has only to compare performance of startups in corporate
accelerators with that for 'stand-alone' startups or those belonging to
non-corporate accelerators.
Mr. Anand's escapade presents a good reason to ask a broader
question: have corporate accelerators already shown their ability to create
real value? As of today, the jury is still out, and in all likelihood the
deliberations will be lengthy and contentious.
Image credit:
www.venture-spring.com