Donald Trump & The International Tax Payer: What Can we Expect? 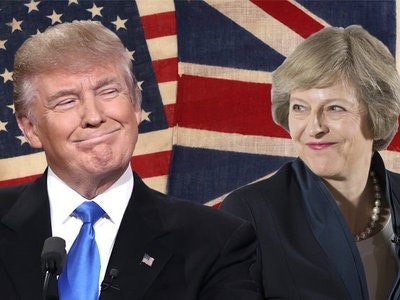 For many the election of Donald Trump as president was a huge surprise, but perhaps less remarked upon and yet not any less of a surprise was the Republican party’s ability to capture control of both houses of congress. Although President Trump can propose and veto legislation, ultimately it is congress which decides on the detail of legislation, and it is likely that it will be the ability of Republicans to control congress which may have the largest long term impact.

Both Donald Trump and the established Republican party had, prior to the election, proposed radical tax changes, and with both the presidency and congress now in their control there is a very real possibility that this will be implemented.

Firstly, the US corporate tax rate of 35% appears very uncompetitive in the international context. House Republicans have suggested a rate of 20% with Trump proposing 15%, but it is clear that in both cases a significant reduction in the tax rate is likely. In addition to the change in the top tax rate one can expect more fundamental reform to move the basis of corporate taxation to a territorial system rather than the current system of worldwide taxation. It is perhaps therefore in the corporate field where the most significant tax changes will occur.

For individuals, Trump and the House all agree that tax brackets should be reduced from seven to three with the top rate of income tax reducing from 39.6% to 33%. They also propose a significant increase in the standard deduction.

The Net Investment Income Tax (or Obama tax) may or may not be repealed and this will likely depend on whether the Republicans successfully push through their proposals for significant reform of the current health care programme.

The Alternative Minimum Tax is definitely in the firing line. This tax was originally introduced in 1969 to target a handful of the ultra-rich with significant economic income but low effective tax rates, but has spread to impact millions of Americans. It is clear that both Trump and the Republicans, more generally, would like this to be fully repealed.

Finally, Estate tax may also be abolished. In its current form Estate tax is only paid by the very wealthy but the Republicans have over the years managed to successfully portray this as a form of ‘un-American’ ‘Double taxation’. Proposals for its abolition therefore have a surprising level of support among the general population. Perversely if Estate tax was abolished it is likely that it is wealthy non-Americans who will achieve the greatest tax savings, given the very low exemption amount currently allowed to non-US domiciles.

Of course, any changes are subject to certain economic realities and if fully implemented these changes would require an unprecedented level of budget cuts to balance the books. Certain changes (perhaps Estate tax and AMT repeal) may therefore be pushed back to be implemented later.

What is unlikely to change?

For many International taxpayers, all these changes may not be as significant as first thought.

Certainly, the proposed corporate tax changes will make investing in the US through a corporate entity more attractive, but many of the other changes may have much less impact.

Many US citizens abroad who live in ‘high’ tax jurisdictions will see no real change in their effective tax rate and rather will just accumulate more unused excess foreign tax credits. Non-US citizens investing or travelling to the US will continue with the same planning techniques as before, albeit should they become US tax resident they will certainly welcome the reduction in the top rates of income tax.