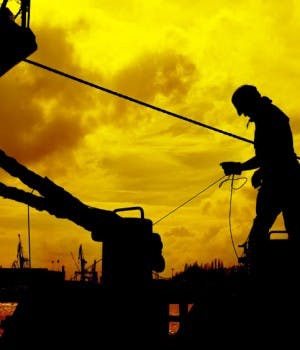 The grounds upon which a Dynamic Positioning Operator is deemed ‘qualified’ have long been discussed. Guidance was provided in 1996 by the International Marine Contractors Association (IMCA), but it wasn’t until 2009 that DP Operator training made its way into STCW.

The certification process was soon put to the test when a major shortage in operator numbers was caused by the growth of the oil and gas industry, coupled with the increased interest in offshore wind.

In order to qualify DPO’s quickly, there was building pressure to consider new alternatives. Most notably, the DNV GL and the fledgling US-based Offshore Service Vessel Dynamic Positioning Authority (OSVDPA), which began training courses imminently. The NI itself considered a joint effort with DNV but instead reduced the number of days needed to obtain a certificate, from 210 days to just 120.

Fast forward to 2016 and another shortage is forecast. This time, this isn’t a result of increased demand for operators, but rather the consequence of lay-ups caused by a collapsing oil price. Along with all types of specialists, DPOs are being obliged to take on other roles or leave the industry altogether. Some may be tempted back when things pick up, but there will inevitably be a loss of experience as seen when any industry hits a bad patch.

For those qualified DPO’s remaining in the role, a certain amount of sea time must be recorded every five years for their certification to remain valid. A shortage of operators on ships is issue enough, but add to this a lack of trainers, auditors and validators and the problem is only exacerbated.

Discussion therefore continues on how DPO’s can become qualified safely yet efficiently. Both the NI and the DNV GL have their pros and cons. The former is well established and trusted. Many of the DP Operators certified under it see the DNV GL alternative as second rate. With the programme’s extensive use of simulators, undergoing the DNV GL has been likened by some as to playing a computer game. That being said, there is less flexibility in the NI scheme. It offers three classes of DP certificates – several of these are based on vessel type, therefore disallowing employment across different ships.

In the interests of the industry, some rationalisation seems to be in order. Opposition from current operators to new and perceived ‘easier’ schemes is understandable, but the much bigger obstacles to change come from other quarters:

The choice of crew is theirs but while some take a great interest in training and experience, others are less demanding. The likes of Farstad and Maersk who run their own simulator centres are better placed than those who don’t understand the benefit of virtual training. Sea time is a valuable experience but even with 75% active sea time under their belt, not all DP operators will have encountered the conditions and scenarios that can be simulated using modern high-tech training centres.
Simulators permit training in a controlled environment with the potential for an effective appraisal or examination at the end. Alternative operator training schemes are validated by a senior officer, who for a number of reasons may not have actually watched the candidate at work or who may have been present but distracted by other duties.

Flag states pose a second challenge. As the long-time only standard, that of the NI is unofficially recognised by most flags. The DNV scheme has been recognised by the Norwegian Maritime Authority and so far the OSVDPA has not conducted or franchised any courses, so it will take time to establish a reputation.
Even without any mandatory requirement under STCW, flag states have the final say in the crewing and training standards and frequently refuse to recognise competency certificates issued by a different state. In order to meet the demands of different flags, operators may find a need to build a collection of certificates all of which costs considerable time and money.

The last hurdle is that of charterers. As they are ultimately footing the bill and are in many cases liable for the actions of their sub-contractors, they will want to know their own quality procedures are watertight. And if those procedures call for DP operators certified under a particular scheme, almost nothing will move them to accept any alternative.

It is high time for all involved in DP training to get their heads together and come up with a workable solution that suits all.