Ever wonder how to pick the best ideas? Flexible promotion schemes are best! 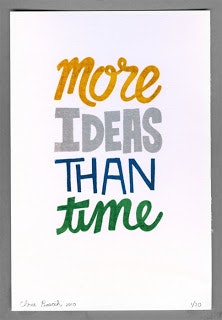 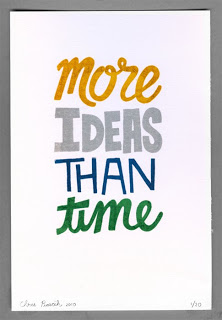 There is a great controversy amongst idea management vendors and users about how to pick the best ideas and how to reward the best ideators. The only common theme amongst these systems is the best idea is selected by the wisdom of the crowd. The different ways of determining the wisdom of the crowd is the bone of contention. Any analysis quickly gets us to a place that says we need versatility to successfully promote the best ideas. Why is promotion methodology so important? One reason here: The problem isn't that you won't get enough ideas. The problem is you'll get too many ideas. So many, in fact, you won't be able to go through them all manually. You need some scientific way to determine the best idea. Reputation Management Some believe in reputation management. This means the best ideas are determined by whoever is the most active on the system. In this environment the people who submit the most ideas, make the most comments, in general make the most contributions, have the most value and their ideas also have the most value. This is sort of like Four Square where when you do things often you win a 'badge'. So if you are mayor of ideas in the engineering department, then your ideas have more value. This type of thinking can be gamed if not monitored (people who just submit stuff for the sake of submission and to win the iPad on offer). Votes Some believe the most votes determine which the best ideas are. The only flaw in that thinking is it can be gamed, as well. If ideators rally their friends to vote for their ideas, they can get a false win. You might think it's not worth it to play this sort of game at your job, but what if the prize for the best idea is a car? Algorithms based on activity Other systems gauge activity to judge the wisdom of the crowd. The idea with the most votes, most comments, most alerts, most bookmarks, the most views, the most votes on comments, in other words the most 'participation' is the idea the crowd believes deserves the most attention. All the data just mentioned is being captured by the system, so why not use it to calculate the wisdom of the crowd. Flexibility is the key With all these mixed opinions about how to promote the best idea it rapidly becomes apparent there is no right or wrong. Instead an organization needs to be flexible. And this means the best methodology for idea promotion is the methodology that's flexible. A flexible promotion scheme allows an organization to tap into their own belief system and culture. If it is believed ideators' comments have a point value of ten, that their comments have a value of one, then so be it. If the organization is skewed to the types of individuals who contribute less and observe more, then the points for views can be worth more. And ultimately if an innovation manager determines one idea deserves more attention than another then they should have the administrative rights to do just that. Taking this thinking further, maybe each campaign deserves its own promotion scheme and a drop box with a selection truly empowers those putting forth challenges. Maybe the ideas we collect for a particular engineering project should be judged by votes, the next one determined by views, and a third set determined by an algorithm of all the activity taking place on the collaborative system.


Because, think about it, what if you invite your partners to participate? How will you gauge the strength of their opinions? What about customers? Just like each department at your organization, and just like every channel, every discipline, every geography, you need to have a flexible approach to determine what wisdom they have waiting for you.

A good idea management system offers flexibility in the promotion scheme. Just like we might want to invite different groups of people to work on the campaign (or different groups of people at different stages of the process)'Perhaps we want to hold the idea contest open for a certain length of time or publicize it a certain way or invite the public or our partners to participate'. every 'best idea' should be able to be determined by the most likely factors in the environment it is requested. Ron Shulkin is Vice President of the Americas for CogniStreamer', an innovation management system (with flexible promotion schemes). You can learn more about CogniStreamer here http://bit.ly/ac3x60 Ron manages The Idea Management Group on LinkedIn (Join Here) http://bit.ly/dvsYWD . He has written extensively on Idea Management (Read Here) http://bit.ly/b2ZEgU . CogniStreamer' is an idea management software tool. It is an open innovation and collaboration platform where internal colleagues and external partner companies or knowledge centers join forces to create, develop and assess innovative ideas within strategically selected areas. The CogniStreamer' portal is an ideal collaborative platform that invites users to actively build a strong innovation portfolio. In addition it provides a powerful resource for internal and external knowledge sharing. The CogniStreamer' framework is used by industry leaders such as Atlas Copco, Bekaert, Case New Holland, Cytec, Imec, Picanol and ThyssenKrupp. CogniStreamer' represents the best use of adaptive collaborative technology such to harness human skill, ingenuity and intelligence.