Will Humans Eat Dog Food In The Future? 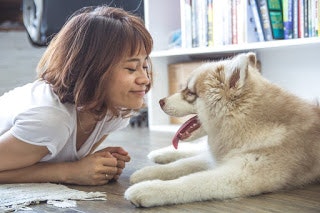 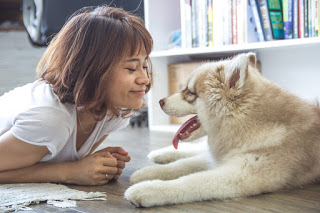 Historically, dogs were fed scraps. Today, many eat better than their human counterparts. With the humanization of pets, will dogs eat human food in the future? Or will we eat dog food?
Olga Patel Diamandis, Sr. Manager of Open Innovation at J.M. Smucker Big Heart Pet Brands, has some theories. The J.M. Smucker Company produces brands including Kibbles n' Bits', Natural Balance', Pup-Peroni', Gravy Train', and Milk-Bone'.
But first, how did dog food come about? In 1860, James Spratt came up with the idea of dog cakes after watching sailors feed hardtack to dock dogs. Then, in 1908, the first commercial dog food was developed as a way to dispose of horse meat. With the war, tin was limited, and kibble came into fashion.
So will we eat dog food in the future? Diamandis says yes, no, or maybe.
Yes: Cereals are similar to dog food. They're fortified, and produced using similar methods. One could argue astronauts are already eating dog food.
No: Humans and dogs have different nutritional requirements. Dogs don't chew food; they take bites and swallow.
Maybe: One trend is the humanization of pets. Another is sharing food with your pet. With gourmet dog treats and human-grade pet food, the idea isn't that far off.
Guess we'll just have to wait and see.