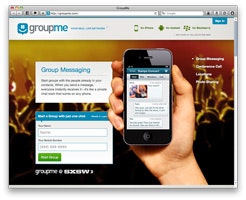 There is a consensus among the innovators of the 21st century business world that email has got to go. The technology that created our current communication standard is now holding us back. The inbox zero movement is alive and growing, bringing more and more people to act rebelliously by maintaining an empty inbox. Man of the Internet Kevin Rose is a big fan of responding with Three Sentences or fewer. Researchers have even observed what they call "email apnea", where patients feel a physical compulsion to check email every few minutes (if not continually.)

The madness has to stop. What was once a 30 minute annoyance is now my full-time job<br /'Kevin Rose

All this begs the question, what is going to replace email? The great white hype of the day seems to be in social messaging tools. Combining aspects of instant messaging, forum posts, chat rooms, file depositories, and yes, email, these new tools hope to make it easier for teams to communicate, especially when not located in the same physical space. Sounds great, but the trouble is, there's a ton of them emerging, with no clear way forward.
Google was the first one out of the gate in this space when they introduced Wave. In fact, they actually said the inspiration for Wave was "What would email look like if it were designed today?" Wave was quirky and interesting, and perhaps due to a clunky invite beta scheme, it never really caught on. Sadly, Google has ceased development.
Groupme homepage
New tools are emerging rapidly. With SXSWi coming up at the end of this week, the startups creating these new communication media are all hoping to grab thousands of influential new users the way Twitter did back in 2007, and become the next big thing. Groupme, a way of keeping in touch with friends or colleagues on the go, is sure to be a hit, and Convore, which seeks to enable better conversations from the web, is already a great way to track topics of interest. If you work in a conventional office, you might try Rypple, a sort of social-network-in-a-box for co-workers.
How Basecamp works
37 Signals has a number of products aimed at collaboration including Writeboard, a bare-bones document editor, to Basecamp, their full-service project management suite. In this case, the company developed most of their tools out of necessity, as they have been a distributed company almost since their inception. A free alternative called Co-Op is available from Harvest, my time-tracking/billing software of choice.
Communication alternatives also exist in the more mature web technologies such as forums or wikis. Podcasts such as Keith and The Girl or BoagWorld, comedy and web design shows respectively, have thriving forum communities, in addition to more modern social media presence. Creating a wiki using a system such as WikiSpaces can allow one or more people to document a process, such as the progress of building a website. Even in creating a blog ' and encouraging people to comment ' teams and companies can find more versatile and accessible ways of communicating than dusty old email.
We live in a busy world. Folks are talking. But it can be difficult to separate the signals from the noise if email is the only method of communicating. Try some of these new collaborative tools and leave email back in the 1970s when it was born. Now if only we could end the fax machine once and for all.
Prescott Perez-Fox is an independent brand developer and graphic designer in Metro New York. You can get in touch with him ' even by email ' via his blog, perezfox.com ??