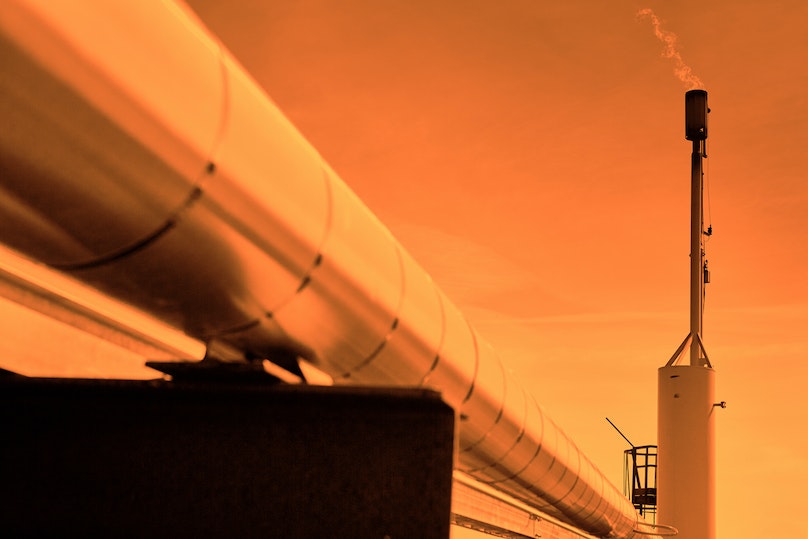 After a slight dip in 2018, Norwegian gas exports are expected to grow this year as new production comes online, and by 2022 a new pipeline will expand sales in eastern Europe. With falling domestic output and a desire to diversify suppliers away from Russia, European nations should prove eager buyers, although cheaper LNG (and renewables) could provide Norway’s pipeline exports with stiff competition over the next few years.

In total, Norway meets about a quarter of Europe’s gas needs. While gas output fell slightly last year, new field and infrastructure start-ups should see growth return this year – although whether that translates into higher exports to Europe depends partly on how much LNG arrives (the last few months have seen record LNG imports to Europe, spurred on by fresh LNG supply and lower prices).

Norway's gas production in 2018 was 121.7bcm, down from 124.2bcm in 2017 and below its 124.4bcm forecast for the year, according to the Norwegian Petroleum Directorate (NPD). However, the summer months saw record exports to Europe, alongside record exports of Russian gas.

The start-up of Equinor’s Aasta Hansteen deepwater field in December in the northern part of the Norwegian Sea is responsible for part of the anticipated rise in output this year.

In addition, Shell is targeting an increase in gas output from the Ormen Lange field through the installation of subsea compressors. The field’s output has falling since it peaked in 2012 at 22.2bcm, with output slipping to 15.7bcm last year.

Shell has retained stakes in the Ormen Lange and Knarr fields despite selling off other Norwegian assets as part of a broader $30 billion divestment plan, which included its 45% stake in the Draugen field.

Aasta Hansteen is a smaller gas field than Ormen Lange, but has plenty of associated liquids, with estimated recoverable reserves (including its Snefrid North satellite field) of 4.1 billion bls of condensate, along with about 55.6bcm of gas.

At the beginning of this year, 14 field developments were ongoing at Aasta Hansteen: eight in the North Sea, five in the Norwegian Sea and one in the Barents Sea. The gas will be transported to shore through the 482km Polarled pipeline, which along with the field infrastructure, has excess capacity to handle further developments.

The pipeline terminates at the Nyhamna plant in western Norway, where the rich gas is processed before dry gas is sent on to the UK and continental Europe through Norway’s integrated transport system.

In order to accommodate deliveries from Aasta Hansteen and future discoveries in the Norwegian Sea, the Nyhamna plant, which also handles Ormen Lange gas, has been upgraded and expanded.

Among other companies active on Norway’s continental shelf is private equity-backed Neptune Energy, which recently submitted development plans for two oil and gas projects expected to produce a combined 54,000 barrels of oil equivalent (boe) per day in January.

The Duva and Gjoa P1 projects should come on stream in late-2020 or early-2021, and have a combined total of 120 million boe in reserves. Neptune operates Gjoa thanks to its purchase of the upstream arm of France’s Engie in early 2018. The company also operates the Fenja project, which is due on-stream in 2021.

In addition, there are another 60 or more discoveries that could be, or are being, considered for development in Norwegian waters.

Most of them are small and will proceed as satellites to existing fields. Some of the smaller discoveries may combine to build infrastructure through collaborative ventures, while stand-alone developments are planned for the biggest finds.

The NPD expects that the ratio between produced gas and liquids (crude, condensate and NGLs) will remain roughly equal in Norwegian output over the next few years, with gas accounting for about half of the production now through to 2023 at least.

Beyond that, further exploration will be an influence on the mix. Norway awarded more licenses than ever before in its latest offshore auction in January (33 companies were awarded one or more ownership interests in a total of 83 production licences).

Norway is the second biggest supplier of gas to Europe after Russia, with established gas infrastructure and market proximity making its exports highly competitive.

OMV, MOL and Wintershall are present, along with Poland’s integrated state oil and gas company, PGNiG, which has recently played an increasingly significant role in both in the upstream and in developing routes to market in Poland.

The company has pushed for the 10bcm/year Baltic Pipe to supply Norwegian gas via Denmark, which could meet the bulk of its gas needs once Poland’s current 10.2bcm/yr deal with Gazprom runs out in 2022.

PGNiG says the deal will not be renewed, although rising LNG import capacity is another alternative source of supply.

“Norway is a predictable business partner. According to recent estimates by the Norwegian authorities, so far the country has produced less than half of its estimated oil and gas reserves,” Piotr Wozniak, PNGiG President, said in late 2018.

“This is a promising market where we achieve good results and robust rates of return on our investments. Gas from Norway will be produced for decades to come. We have been operating in that market for over 11 years, and we intend, as our western neighbours are already doing, to import gas from our own deposits through the gas pipeline, starting from 2022.”

A final investment decision was made on the $1.5 billion pipeline in November, with ownership shared equally between Gaz System of Poland and Energinet of Denmark.

Then, in January, the EU decided to back the project with a €215mn subsidy from its Connecting Europe Facility. The pipeline is due onstream in October 2022, and will include reverse transmission capacity from Poland to Denmark and Sweden – which could allow for Russian exports when conditions are suitable.

The European Commission said that in making the award, it “gave priority to projects that increase competitiveness, enhance the EU's security of energy supply through the promotion of safe, secure and efficient network operation, and contribute to sustainable development and environmental protection.”

In January, PGNiG expanded its upstream position further with the award of three licences in Norway's record-breaking Awards in Pre-defined Areas round.

It will operate two of the licenses, all of which are in the Norwegian Sea. These will add to the 18 Norwegian exploration and exploitation concessions already part of the company’s portfolio.

PGNiG said that it intends to increase its acreage further with the aim of eventually producing 2.5 bcm/year of gas to supply the Baltic pipeline, with remaining volumes sourced from other producers in Norwegian waters.

The steady growth of Norwegian supply should offset concerns over potential disruption to Russian pipeline supply to Europe more generally.

These concerns have been fueled by the timing of the 55bn m³/yr Nord Stream 2 sub-sea link from Russia to Germany, which has cast doubt on the renewal of Gazprom’s transit agreements across Ukraine, due by the end of the year.

Given the current poor relations between Ukraine and Russia, and the tension that these transit fees have raised in the past, those negotiations could prove difficult.

Norwegian production looks set to supply Europe for many years to come, providing a secure and politically stable supply close to major consumers in Europe. Upstream investment is buoyant, and with the extension of transportation links, the resource-rich nation looks set to compliment LNG in bringing competition and diversification of supply to Eastern Europe.