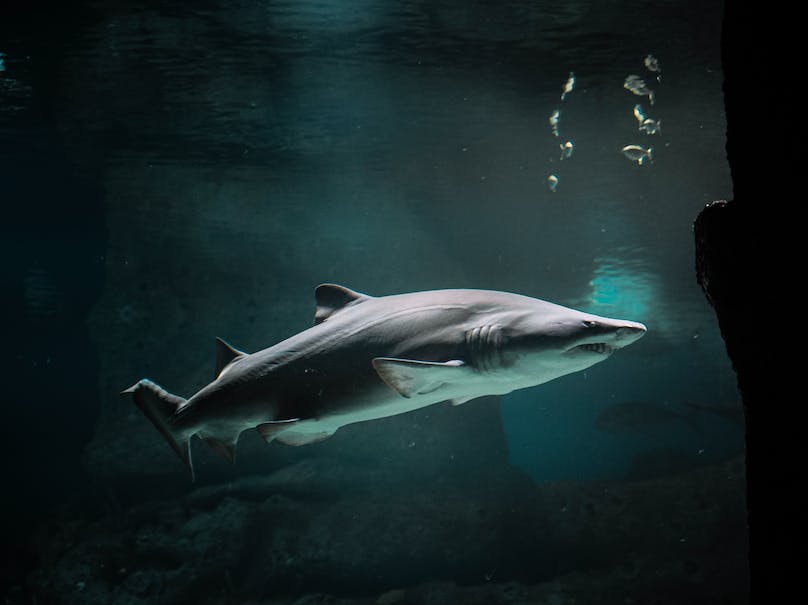 Regardless of the endeavor, people always hope for smooth sailing. It’s only natural. But how many of us ever stop to consider the possibility that choppy waters and rough winds might be exactly what we need us to get where we want to go?

When Stephen Spielberg directed the now-classic 1975 thriller, he was just 27 years old and still far from proven. But the studio took a chance on him anyway. It put him in charge of what they hoped would be a big-budget Christmas-season smash about a rogue shark wreaking havoc on the outer banks of Long Island.

Almost from the get-go, the production seemed ill-fated, with Spielberg facing one issue after another. Soon, the film was not only woefully behind schedule, it was running far over its allotted budget. Among the young director’s many problems was the fact that none of the three mechanical sharks he planned on using — all of them named Bruce, after his attorney — were functioning properly. In fact, on camera they looked downright laughable. As a result, among Stephen Spielberg’s many problems, the biggest was the fact he had a multimillion dollar film about a big, bad shark without a big, bad shark, anywhere to be found.

So what did he do? He improvised. He took a bad situation, flipped it on its ear, and made it work to his benefit. He took, in other words, a huge liability and turned it into far more than a simple asset. He turned it into a weapon.

He traded horror for suspense. He created a shark that appeared less on the screen and more in viewers minds. Until the very end of the film, anyway, he was careful to show only the effects of the shark, the devastation of the shark and, above all, the eerie anticipation of the shark.

And when he did that, what could have been a good, and maybe even great film, suddenly became an all-time classic, not to mention the biggest box office hit that Hollywood had ever seen.

So why do I share this story with financial advisors?

Because even as you read this, our advisor community is facing the market equivalent of Spielberg’s mechanical sharks. Many advisors are being challenged as never before — finding their services increasingly marginalized, sometimes by fin-tech companies with deep pockets, but also by self-directed investors fueled by memes, free trading apps, and feverish speculation.

Couple that with increased fee compression and a virtual explosion of new ‘investing’ instruments to learn about, and on the surface, this could give every appearance of a full-blown, sky-is-falling crisis.

But what if this situation isn’t a crisis at all, but rather an opportunity? What, if like Spielberg and Jaws, the savviest advisors are being presented a golden opportunity to leverage seismic shifts in the marketplace to grow their businesses?

Consider the possibility that what we have out there is a client market begging for education and creative solutions; a dynamic market where sameness, clichés and mass appeal messages are proving as effective at building individual advisor equity as Spielberg’s mechanical shark would have been at striking fear among moviegoers.

So where does this leave us?

Here’s my take: In this environment, if you aim for the middle of the road, you’re going to get run over. The fastest growing advisors are all about finding a specific market segment and owning it completely.

They don’t care what other advisors think of them. They don’t care about what is easy or fast. They only care about serving their ideal clients amazingly well, and being the undeniable best in their unique market.

Bear that in mind as you take a step back to assess the state of your business, and its future.

Bear that in mind as watch and find yourself amazed at how many young people – people who move in and out of your world every day – are continuing to flock to media and using mediums that you, perhaps, don’t even know exist.

How things have changed...

Things today are increasingly self-selected; our news coverage, our media, our music, our information, our goods and our services. And what’s more, people want them where and when them want them, and because they want them.

The world is a vastly different place from the one it was just a short time ago. It is a world full of niches and sub-niches, and a world overflowing with those who desperately seek them.

For many advisors and those who provide marketing for them them, that is a terrifying and perhaps even career-threatening reality.

But for a few — like Spielberg and his faulty mechanical sharks — it is a golden opportunity. It is an opportunity to not merely survive, but to attain new and unexpected heights.

It is a chance for facile thinkers and adaptable marketers to take what has become a liability for their competition and use it against them. It is a chance for a new breed of financial advisor to carve out for themselves a specific and well-defined segment of an increasingly splintered and self-directed world that they’ll be able to own for years to come.

The question for advisors is simply this: How will you respond to this opportunity?