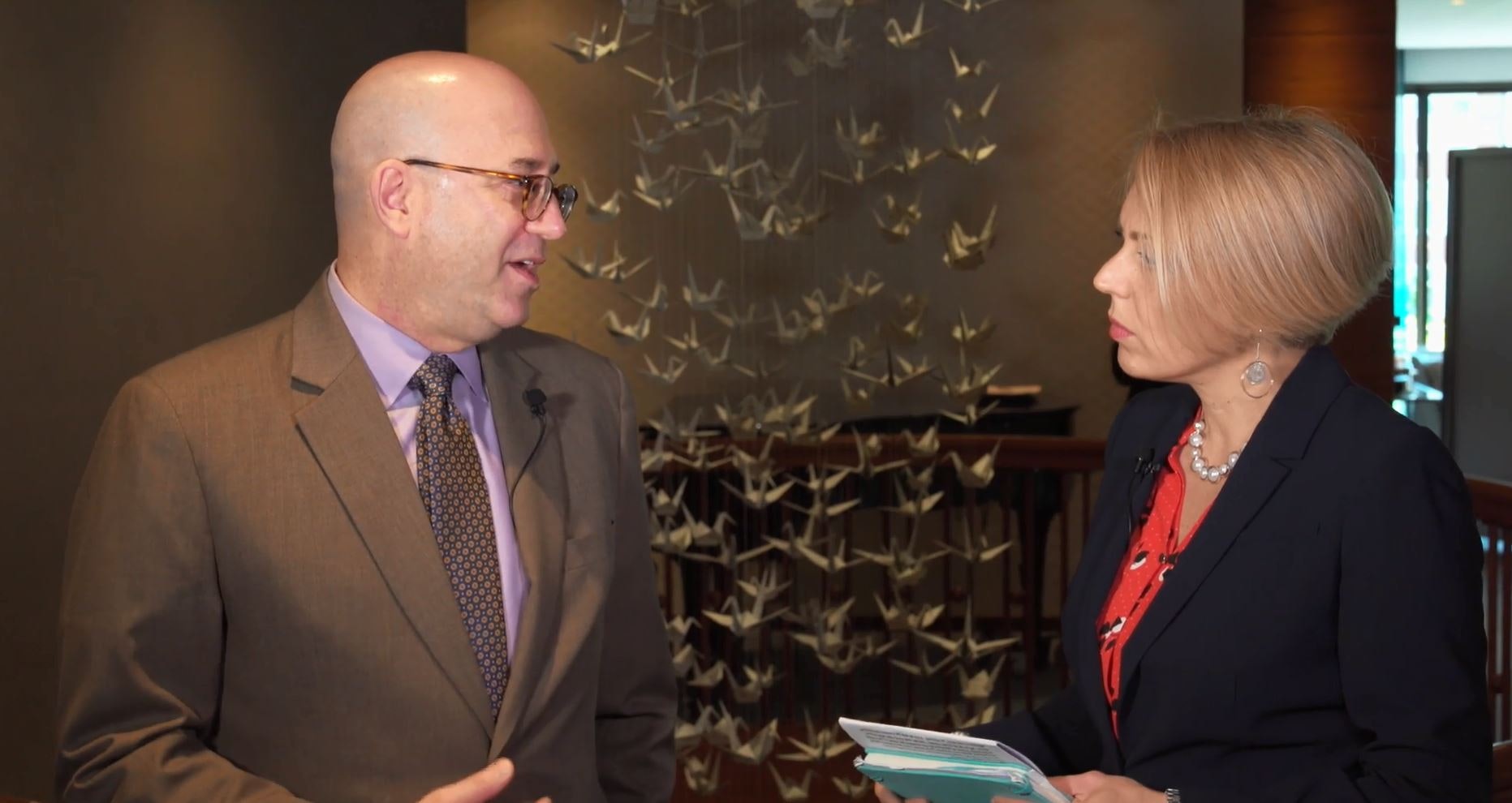 Jason Feer is Global Head of Business Intelligence at Poten & Partners, a brokerage and consulting company for the energy and shipping markets. Speaking at Flame, he provided an overview of how the LNG contracting landscape is changing, where the market is heading and what the implications are for producers, traders and buyers.

“What you have is a very fragmented pricing market. I think one of the benefits of this evolution will be the emergence of more LNG benchmarks that will allow people to avoid basis risk.”

Q: How do you see the LNG market developing, and where is it going in the future?

Feer: One of the things we’re seeing is a real transition away from a long-term contract oriented market, based on point-to-point sales from producers to end users. What we’re seeing instead is a lot more participation of traders, a real shortening of contract terms, much more flexibility, and a lot of diversity in terms of how LNG is priced in those contracts. So a real transition from a very structured, long-term focused market, to a much more commoditised market focused more on price, more on risk management and things like that.

Q: It’s fascinating to see where it’s going. What do you consider to be a long-term versus a short-term contract?

Feer: Traditionally the base line contract in LNG was a 20-year, oil-linked contract, priced against Brent typically. And what you’re seeing now is contracts ranging anywhere from 2 to 20 years. But for example in 2017 the average contract length that we saw was about 6 or 7 years.

That ticked up a bit last year because of some long-term contracts in Mozambique that are going to backstop financing of a new project. But you know I think long-term is increasingly more of a 10 to 15 year contract, rather than a 20. So you’re already seeing an overall shortening of contract durations and a lot more of the 3 to 5 year contracts than you saw in the past.

Q: Is that going to have a knock on effect for the whole market in terms of investment?

Feer: It’s having an impact on financing because you’re got to satisfy the banks that you’re going to get paid. These are capital intensive projects that get paid off over 15 years, so you’ve got to put together a project that is convincing to bankers, and that includes robust contracts – so that’s having an impact.

Q: And who is managing to take advantage of this?

Feer: Traders are. You know the big, pure traders, people like Glencore, Vetol, Gunvor, those people have really taken a significant position in the market over the past few years. They’ve actually started signing long-term supply agreements so that they can ensure that they have access to LNG, which is something that is very new, really only over the last couple of years.

A lot of the majors, people like Shell and Total for example, serve an intermediary function. They buy on twenty year contracts, and then they can chop that supply up into smaller pieces for two, or five, or seven years.

Q: It’s really interesting seeing LNG transition into a dynamic market that can move in a way that we don’t normally see in the energy market.

Feer: Well you see it in oil markets, for example. What you’re seeing is an evolution from a very staid, traditional, long-term oriented LNG market, to a much more classic, or a much more typical commoditised energy market.

That’s not to say that LNG is going to become like oil – the infrastructure demands are pretty significant, the kit that you need to be in the market is very expensive. So there will be differences, and you’ll still have a lot of utilities buying on a long-term basis, but you’re definitely seeing the emergence of a pretty significant percentage of the market being much more short-term, much more commoditised.

Q: What do you see the price for LNG doing?

What you have is a very unconsolidated, a very fragmented pricing market. I think one of the benefits of this evolution will be the emergence of more LNG benchmarks that will allow people to avoid that basis risk.

For example, now if you’re buying on Brent but selling on JKM, that’s very disadvantageous. If you’re on the other side of that trade it’s very good for you. But those are risks that are very hard to manage right now because of that fragmentation.

Q: Who do you see as being the big importers in the future and the big exporters – who will the big players be?

Feer: Well the big importers now include China. I think they’re not going to grow nearly as fast. You saw these huge increases over the past several year, 50%, 30% increases a year on imports. That’s definitely going to slow down. You’ll still see China importing, and they’ll probably eventually overtake Japan as the largest importer.

India is quite far back in terms of the league tables, but it’s is growing. Other second tier countries include Pakistan, which has become an important importer. Bangladesh will become one, South East Asia – those are all areas that are going to grow quite quickly.

In terms of production, what you have is Russia emerging as a very strong producer, and the United States, which went from being a net importer to a significant exporter – so that’s where you see some real growth. Mozambique is another interesting story - you’ll see a lot of LNG production coming out of there over the next five or six years.

Q: Are politics playing into the LNG market at the moment?

Feer: They really are. It’s interesting because of the trade tensions between China and the United States. China yesterday more than doubled the tariffs on US LNG, so that’s going to keep US LNG out of China for the time being until the situation is resolved.